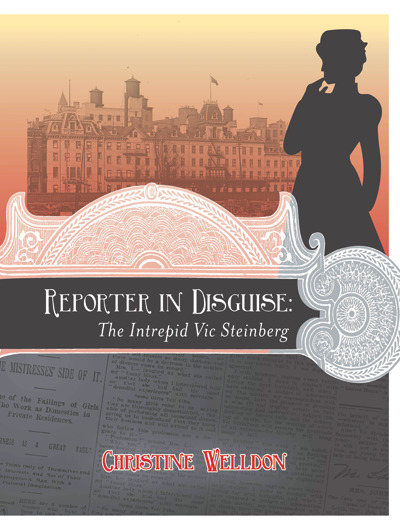 Reporter In Disguise is a non-fiction book about the investigative journalism of the mysterious Vic Steinberg who wrote a column for the Toronto News in the late 19th century. Her story is especially interesting considering that Ms. Steinberg would dress as a man and report on venues such as taverns and sports events which were taboo to women in those days. In disguise as a housekeeper or shop girl, this remarkable journalist would report on the working conditions of the poor and the injustices they suffered at the hands of greedy and uncaring bosses. This book is a high end publication with colour photographs and sepia tone reproductions produced on gloss paper.

Classroom Connections: This book touches on themes of interest to adolescent students who like to question many of today’s values. They may find a soul mate in Vic Steinberg who questioned society’s restrictions on women’s dress, their limited roles as wife and housekeeper, and why they were restricted from entering many establishments open only to men, such as bars and clubs. Students interested in history will find details about the lifestyles of the rich and poor. Working conditions in shops and factories with their slave wages are described in detail as are the jails and penal system of the time. This book would be of interest to anyone wanting to learn about the history of early Toronto or the struggle for women’s suffrage.

Take Shelter: At Home Around the World

The Art of Inquiry: Questioning Strategies for K-6...