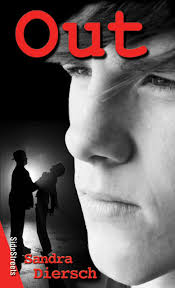 Alex, who will soon start his last year of high school, loves baseball and his girlfriend, Laura, not necessarily in that order. He is a bit concerned about his younger brother, Mark, who is losing weight and is so pale Alex wonders if Mark ever sees sunlight anymore. Once an outgoing, talkative boy, Mark has become secretive, distant and angry. His mother thinks Mark is “really struggling with something.” Alex is also struggling with a crisis of faith. The family has always been very active in the church and both Alex and Mark served as altar boys. Though his mother is concerned, Alex’s father is particularly upset when Alex tells them he will no longer be attending church. It is not only his doubts that have led to this decision—he keeps stumbling upon people’s secrets. Alex sees the father of one his best friends kissing a woman who is not his wife. This man is “head of the parish council, practically nominated for sainthood.” Should Alex confront the man? Should he “out” his friend’s father? Is it really any of Alex’s business? Alex’s life is further complicated when Mark “comes out” to him and reveals he is gay. Though he loves his brother, he finds it difficult to come to terms with this knowledge. Mark has been struggling with this secret, and carrying it alone, for some time. He cannot tell his parents or Father Birch, his local priest, so he turns to his brother. Alex is beginning to wonder if everyone has secrets. When Alex can no longer deal with Mark’s secret on his own, he tells Laura. But Alex doesn’t quite come clean about his brother when they are faced with a potentially dangerous situation. He later believes his silence may have contributed to Mark being severely assaulted. A crisis, be it within a marriage, the struggle with a choice of lifestyle, or a loss of faith, can separate people from each other or from their faith, sometimes with irreparable damage. But it can also reveal the strength of the love, trust and faith that is always there to help people through these moments in life.

Close Encounters of the Third-Grade Kind