The grade two and three children sit on the floor surrounding their teacher, Mrs. R. Once she has their attention, she announces a challenge: “You are going to build a freestanding tower using only the materials I give you. Make it as tall as you can.” A discussion follows about the meaning of freestanding. They decide that a freestanding tower can stand on its own without being taped down and can be moved from place to place. Then she describes the materials—twenty uncooked spaghetti noodles, a long piece of masking tape, a piece of string, and a single large marshmallow. Important information follows: “You can break the spaghetti into smaller pieces but I won’t give you more than twenty noodles and the marshmallow has to sit on top of your tower.”

The boys and girls are wiggling with excitement now. Hands fly in the air with questions: “Do you have to use up all the spaghetti? “No.” “Can we eat the marshmallow?” “No.”

Mrs. R. asks them what they need to think about as they plan their structures. Terms such as “base,” “gravity,” “stable,” and “triangle” are offered. “What problem could you see with the tape?” she asks, and they talk about preventing the long tape from getting tangled.

They will have five minutes to plan their tower on paper and eighteen minutes to build it. Sometimes the students can choose their own partners, but for this challenge, Mrs. R. assigns groups of three. Before they begin, she asks, “What will you do if you can’t agree? Stomp your feet? Cry?” A boy raises his hand: “Me and Ali had this problem and then we said, ‘Why don’t we take some of both our ideas?’” “Great,” says Mrs. R. “You learned to compromise.” A boy at the back says, “I saw this on the Internet—Teamwork makes the dream work!”

The children scatter to tables, armed with pencils and paper. They immediately begin their planning, the clock on the Smart Board counting down from five minutes. Mrs. R. circulates, delivering the materials, but few ask her advice. Around the room are books with titles such as Ada Twist, Scientist and Rosie Revere, Engineer. 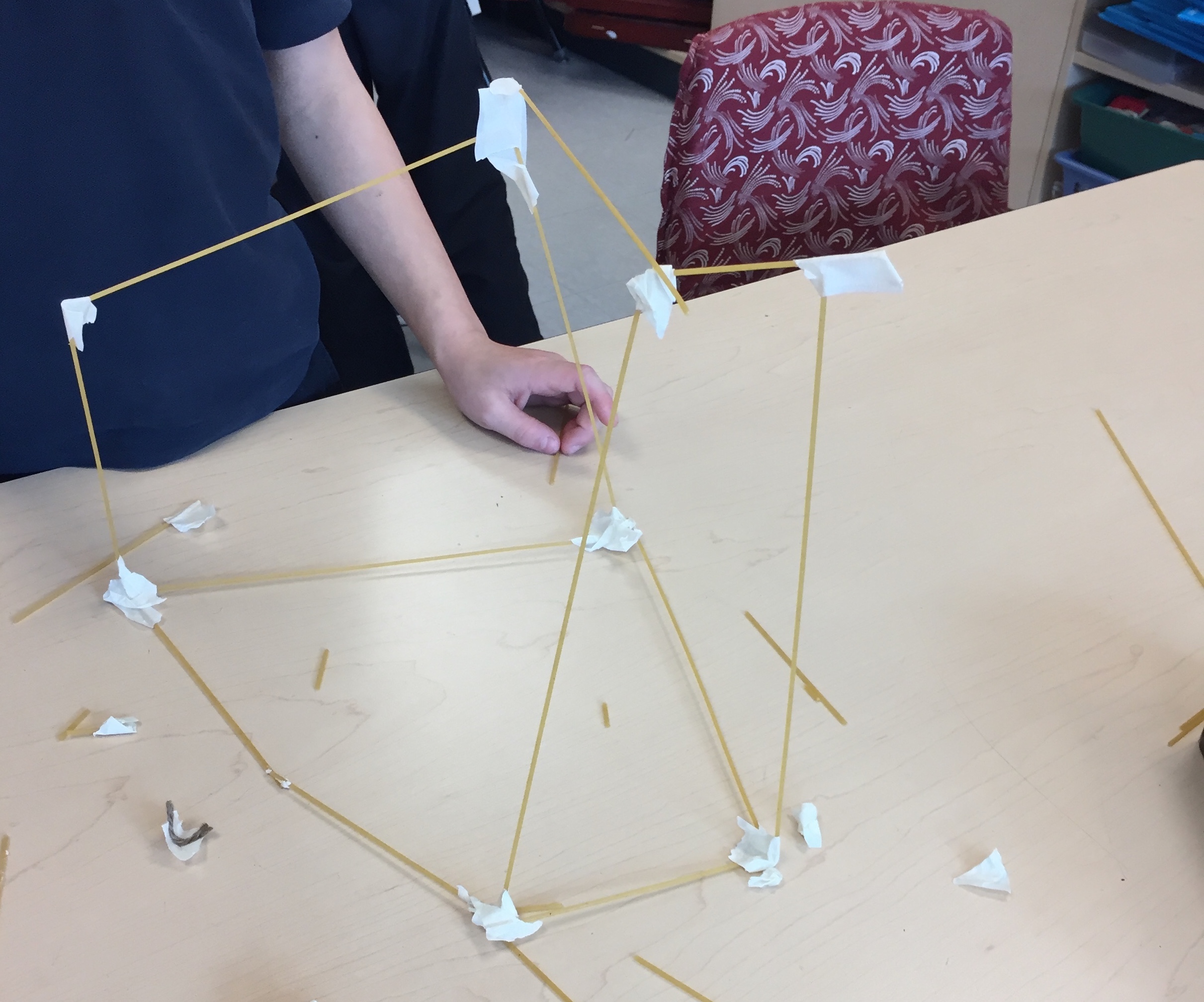 It’s time to launch into construction. The teams huddle over the supplies. They talk about how to wrap tape around the spaghetti without breaking the strands. “We’re not giving up!” they announce. Mrs. R. moves around the room, prompting them to remember what they learned in mathematics. “Think about 3D shapes,” she says. “Cubes, prisms.” One group makes two very strong sides before they realize they have used up most of the spaghetti and have to start over. “What if we do this? I have an idea.” Mrs. R. notices a boy wandering among the groups and asks him what he’s doing. “Just getting ideas,” he answers before returning to his trio. As the towers emerge, the children are delighted. “Good job, Lindsay!” “Look at ours!” “Just like the CN Tower!”

Then Mrs. R. asks a key question. “What about the marshmallow? Will it stand on top of your tower?” There are groans. Many of the towers are too narrow at the top to support a large marshmallow. One child says, “My idea was wrong, of course.” Another remarks, “Ah, well, this is embarrassing,” as the tower tilts. Through trial and error, adjustments are made.

When the time is up, the towers are arranged at the front of the room and the children again gather on the floor around Mrs. R. They compare their products: “We didn’t care if we win or not”; “It isn’t a competition”; “Ya, but we made a really good base.” 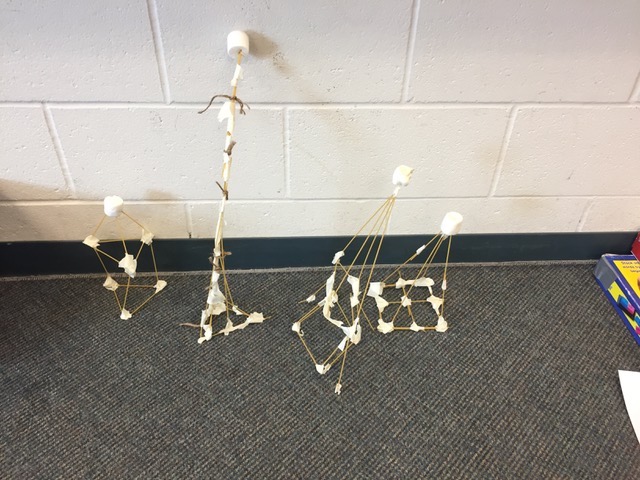 Mrs. R. congratulates the children on working well together. She then comments, “I did see some frustration. Can you tell me about that?” A boy speaks up, “Brad got mad and smashed ours.” Brad explains what happened and they discuss how he might handle disappointment better next time. Mrs. R. says, “It’s not about who has the best ideas, but who works well with others.” A voice calls out, “That’s collaboration.”

These grade two and three children have just engaged in one of the hottest innovations in education: Makerspace. Borrowed from the adult world’s fascination with do-it-yourself projects, Makerspace is an attempt to link STEM (Science Technology Engineering and Math) with real-world challenges. Students create products, sometimes independently but more often with peers, using concepts they have learned in more formal lessons in math and science. Terms such as proportion, slope, angle, and friction take on meaning as they try to solve challenges that real engineers face in the world around them. Students also learn first hand the importance of planning, perseverance, collaboration, and compromise.

Sometimes not all instructions are followed. In one group a child ate the marshmallow. Mrs. R. explained that she had purposely chosen dried up marshmallows to make them stronger and that each one had probably been touched by many hands. “However,” she announced, “Once each group has cleaned up their area, there’s a fresh marshmallow for everyone!” Within minutes, the classroom is back in shape and mouths are stuffed with gooey treats. Whoever said that school is boring?

Ruth McQuirter Scott
Ruth McQuirter Scott is a professor in the Faculty of Education at Brock University, St. Catharines, ON. She has a special interest in the integration of technology in classrooms and can be reached at rmcquirter@brocku.ca

Catherine Rath
Catherine Rath is a classroom teacher with the Halton Catholic District School Board in Burlington, ON.

This article is from Canadian Teacher Magazine’s Spring 2019 issue.

School Food in the G7: The Time Is Ripe for Canada to Catch Up!

“You Have Certainly Made My Day!”: Parks Canada...

Four Ways to Get Your Students Writing