When you empathise with someone you “put yourself in the other person’s shoes.” You perceive how they feel, experience how they feel and understand their situation, feelings and motives as though they were your own.

To help children develop empathy, ask them first to imagine they are the victim in a given situation and discuss questions relating to how the victim feels, what the victim thinks and the consequences of the bullying for the victim. Then ask them what they could do, as bystanders, to help.

For Example: Sophie had removable braces fitted. Girls outside her friendship group got paperclips and put them in their mouths saying, “Oh, what nice braces we have.”

• Possible feelings and thoughts: Sophie might feel embarrassed, hurt and ugly. She might think that everyone thinks the same as the girls who made fun of her.

• Possible consequences: Sophie might stop smiling so that people won’t see her braces. She might not want to wear the braces any more—she might take them out as soon as she leaves home or gets to school which will mean that the position of her teeth and jaw won’t be corrected.

• Helpful responses of bystanders: Tell off the girls who made fun of Sophie and tell the teacher what they did. Reassure Sophie that the girls meant nothing by it other than to be nasty. Say how wonderful her teeth will be when she has finished her treatment. Say that there are many children with crooked teeth and soon plenty of children in the school will be wearing braces too.

Draw on children’s own experiences

Invite the children to share personal experiences of being bullied. Encourage children to talk about their feelings and to question friends or classmates about how they have felt.

Point out commonalities to increase feelings of connectedness by asking, “Has anyone else felt like that?” or “Has anyone else had that happen to them?” Explain that exploring vulnerabilities does not make children weak—emotional strength and overcoming adversity are qualities to be admired.

Draw parallels. Although children might not have experienced an emotion such as fear under the same situation as someone else, to empathise with a friend or classmate, they could think of a time when they’ve felt scared and remember how it felt.

Show films and read stories or books about children who are bullied and discuss what happens and how the characters feel. Have bullying monologues in class or in assembly. The children could either describe something that happened to them and how they felt about it or they could make it up, drawing on feelings they have experienced on other occasions. 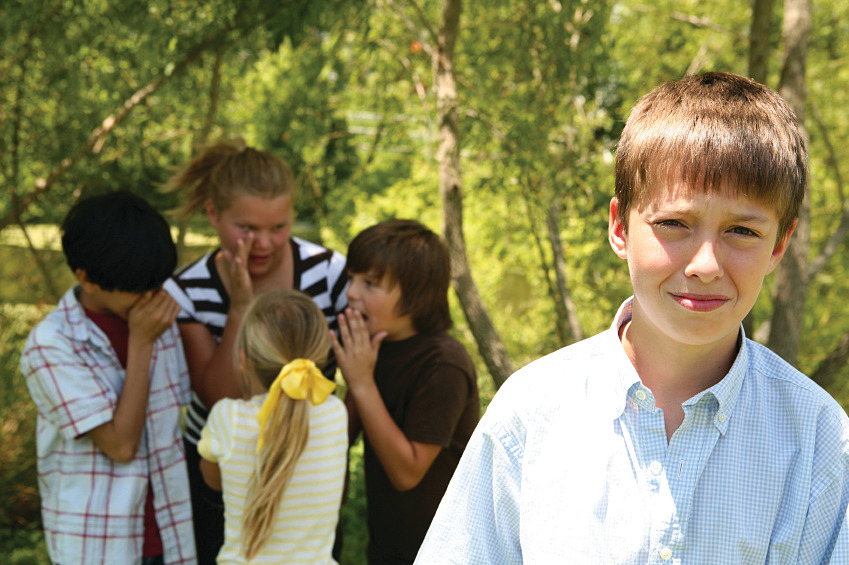 Is it really just fun?

As justification for their behaviour, bullies often say they are just having a bit of fun. So why doesn’t the victim laugh with them? Discuss the following situations with the children, and ask what they could do to help.

Ethan is overweight. Classmates call him Pig and send him photos of a dead pig by email. He says, “I’ve tried to cut down how much I eat at meal times but later I’m so hungry I raid the cupboards and eat all the things I should be avoiding. I’ll never lose weight and they’ll always hate me. I hate myself.”

Preeti goes into a toilet cubicle. A group of girls come in and kick at the door and then pour Coke over the top of the door onto Preeti. When Preeti comes out of the cubicle they trip her up. She says, “I’m scared to use the washroom and I’ve stopped drinking in school so that I don’t have to go. I am so thirsty and have really bad headaches. Yesterday, I fainted in assembly.”

Reuben has his bag turned upside down over the toilet bowl. His books, writing equipment and lunch end up in the toilet. He says, “The bullying has got worse and although they threatened me about telling, how do they expect I’m going to explain how my things got soaked? My dad’s already suspicious. And this is the third time this week I’ve had no lunch.”

Lydia is fat. Her friends make jokes about her weight. She says, “I have to laugh with them— they won’t think I’m fun if I don’t. I feel I am constantly asked to be someone I’m not and at times I feel sickened by it. I don’t feel they are good friends but they are the only ones I’ve got. If I don’t behave like they want me to, they’ll drop me and I’ll be on my own. Recently I’ve cut down what I eat. I pretend I’ve had breakfast so that my mum doesn’t suspect and at lunchtime I just say I’m not hungry. Getting thin is the only thing that will stop the jokes.”

Raising children’s empathy helps produce caring people who are better able to express their feelings verbally rather than taking out bad feelings on others. Having high empathy makes children more pleasant to teach and sets them up as great role models for younger children in the school. By having children who care, the school becomes a community—and when bad things happen children will want to take responsibility in stopping them.

Márianna Csóti
Márianna Csóti is the author of How to Stop Bullying: Positive Ways to Protect Children in Your Care (Right Way, Constable & Robinson, ISBN 978-0716021872, $11.24 CDN) from which this piece was adapted. www.mariannacsoti.co.uk.

A Proactive Approach Towards Addictions and Mental Illness...