While discussing possibilities with colleagues at my school regarding overseas educational trips for our senior students, the standard locations were considered: France, Italy, England. The usual incentives for such trips are a sense of history, the romantic images often portrayed in the media as must-see destinations, and connections to curricula. But the more we thought about the needs of our students, the more we started to consider options that offer more than just seeing—places that included doing. We were looking for activities that would help our students understand the world, balanced with the need to extend their yearlong classroom-cloistered energy. As we talked to other schools and districts, we realized that Portugal might offer even more than the typical locales, mixing history and culture with teen-friendly, risk-inspired experiences that just might provide them a new edge-ucation, and resolved to take our students there. 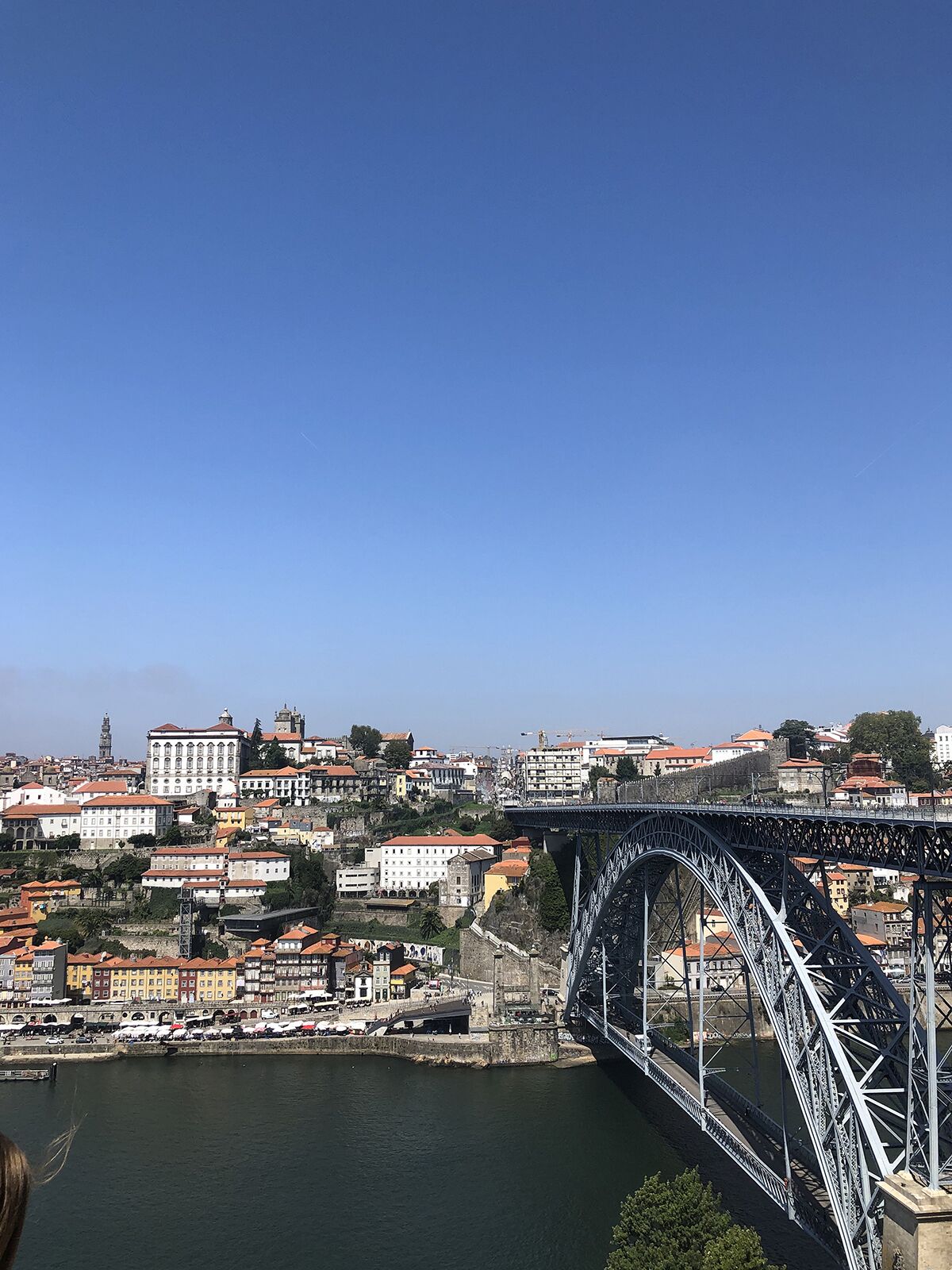 As we flew into the country’s northern city of Porto, we discovered a city that could rival any of Italy’s visual gems. The second-largest city in Portugal, its origins are also some of the oldest in Europe, dating back to 300 BC; its historical core was designated as a UNESCO World Heritage Site in 1996. From the Baroque Church of St. Francis, to the
“classified” medieval borough perched inside a Romanesque wall, or the Sao Bento train station bejewelled with Moorish-influenced tiles, Porto has a multilayered cultural aura that invites discovery. And for teens wanting to post social media pics that don’t necessarily include ancient cobbled streets and iconic structures like the Dom Luis I Bridge, there is the Livraria Lello bookstore, whose stunning staircase was allegedly the inspiration for Hogwarts’ moving stairs—indeed, J.K. Rowling lived in Porto during the 1990s.

And for serious adolescent bragging rights, you can take them to the most beautiful McDonald’s in the World: McDonald’s Imperial. An elegant coffee shop since the 1930s, it is possibly Portugal’s greatest example of Art Deco architecture, adorned with crystal chandeliers, friezes, and an imposing stained glass window revealing the coffee production process, from harvesting to the culture of enjoying the final product. You might even skip the Big Macs and processed food and choose from an array of traditional Portuguese sweets, like custard tarts with a light dusting of cinnamon. 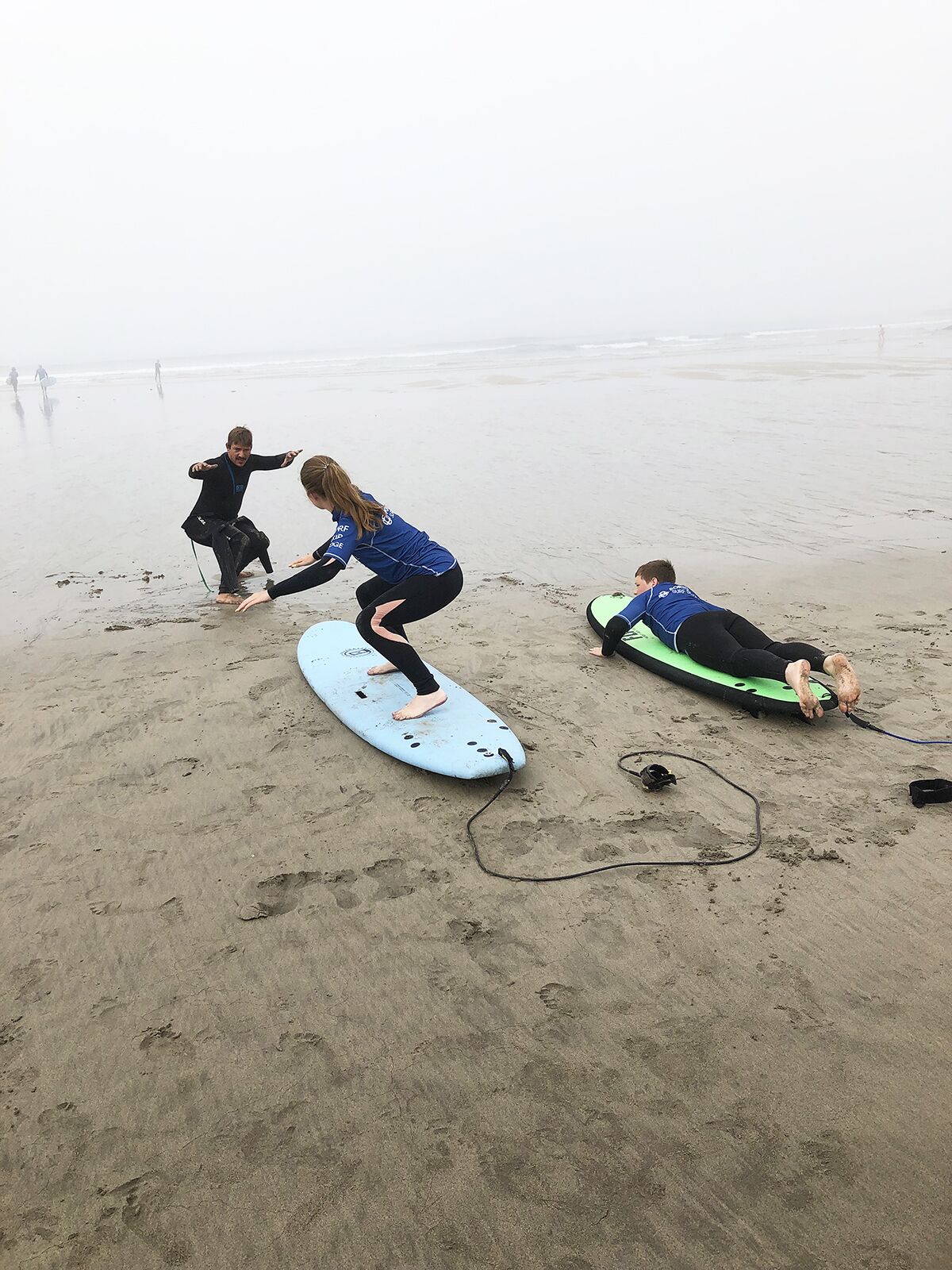 For those wondering why Porto was elected by the ICPC (International Collegiate Programming Contest) as the greatest destination in Europe in 2012, 2014, and 2017, there are also memorable student activities that you would not experience visiting the Louvre or the Colosseum. Porto beaches are some of the best in the world for those who want to learn to surf. The Porto Surf School patiently helps those with zero surfing experience to test their abilities in a fun and safe environment. For an inexpensive 50 Euros for a three-hour lesson, students can benefit from trained instructors and waves which suit beginner and intermediate surfers. Our instructors, Ricardo and Filipe, said that the common ocean fog might scare away some tourists from enjoying a day at the beach, but it creates better conditions for beginner surfers, as it means there is a lack of wind making riding the waves all the easier.

Lisbon, of course, being the largest city in Portugal, boasts some impressive features as well. Much like Porto, the city displays layers of cultural interest, for example, the Torre de Belem is a defensive tower with a Roman-Gothic-Moorish influence, and a noted last-sight that explorer Vasco da Gama would have seen as he sailed around the Cape of Good Hope for India in 1498. Or you could visit St. George’s Castle in the historic Alfama District, which was built by the Romans 2,000 years ago. A viewing of the film Casablanca with your students before taking the trip will help them realize the importance of Lisbon during World War II for those wanting to escape Nazi oppression and make a new life in North America.

But some of the fun of Lisbon can be enjoyed on the outskirts of this majestic city. For example, just over an hour outside of Lisbon is Nazaré, and if you travel during the school year, you can witness what The Guinness Book of World Records has deemed the largest surfing waves on Earth. Once a town terrified of being destroyed by “the big one,” it now draws sports enthusiasts and voyeurs from around the world, and there’s nothing that will make a “seen-it-all” teenager’s eyes widen like a 100 plus foot wave. The small museum houses autographed surfboards, including those from the male and female world record holders: 80 feet by Rodrigo Koxa and 68 feet by Maya Gabeira, both Brazilian surfers.

About 40 minutes outside of Lisbon is the town of Sintra, whose attractions are so many you may want to stay overnight for a two-day trip. The shining star of Sintra is the National Palace of Pena that would outdo most of your most mythical fairy-tale fantasies. Perched atop of the city, its red, canary yellow and purple walls, turrets, towers, and windows are a wonder to behold. And students will love it if you park at the bottom, so they can zip up the mountain on one of dozens of Tuk Tuks—little three-wheeled open-air buggies that ride in and out of bumper-to-bumper traffic, while seeing the scenic estates and arriving in one-tenth the time. 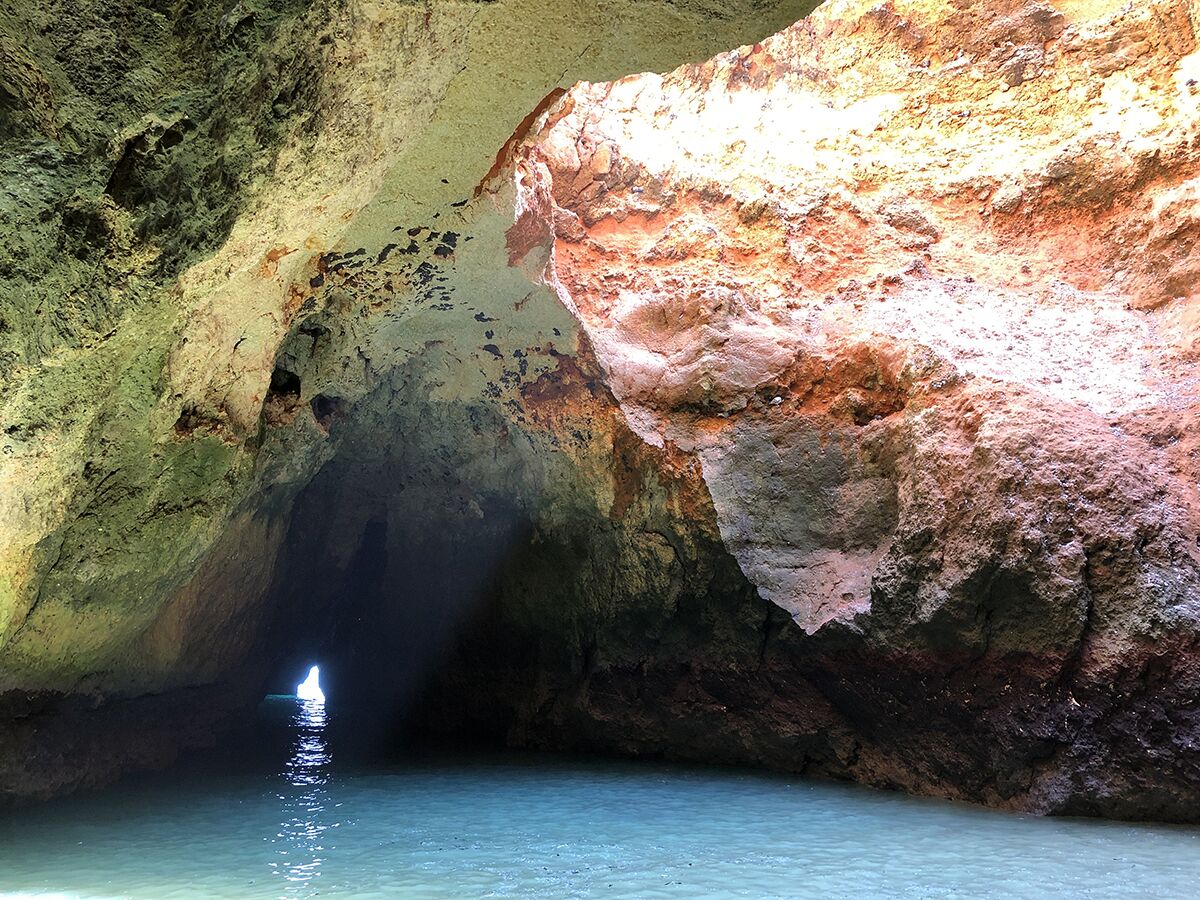 Travelling to the south of Portugal will seem like a teenager’s dream come true. Known as the Florida of Europe, the Algarve region is blessed with long, soft-sand beaches and plenty of water sports. A tour worth taking is with Algarve Freedom Kayaks through the water caves with their marine biologist. Monitored by a small boat in case tourists feel intimidated by paddling in the open ocean (you read that correctly!), the tour takes about three hours, challenging students physically, while introducing them to a range of ocean life like sea cucumbers and octopuses. They will marvel at Mesozoic limestone cliffs and snorkel at a private beach, and instructors will treat them with nautical tales and teach them how to catch live crabs with their bare hands.

But in addition to fun in the sun are places worthy of note for those wanting to navigate students through the course of history. For example, Lagos—a municipality in the Algarve— will introduce them to the heinous nature of how some empires were built. Since Africa is only a few hundred miles away, the people of Lagos became “expert” slave catchers, bring- ing them back to what was the first slave market in European history. Located now in Old Town Lagos, the Slave Market Museum stands at the site which began hundreds of years of murder, misery, and exploitation. 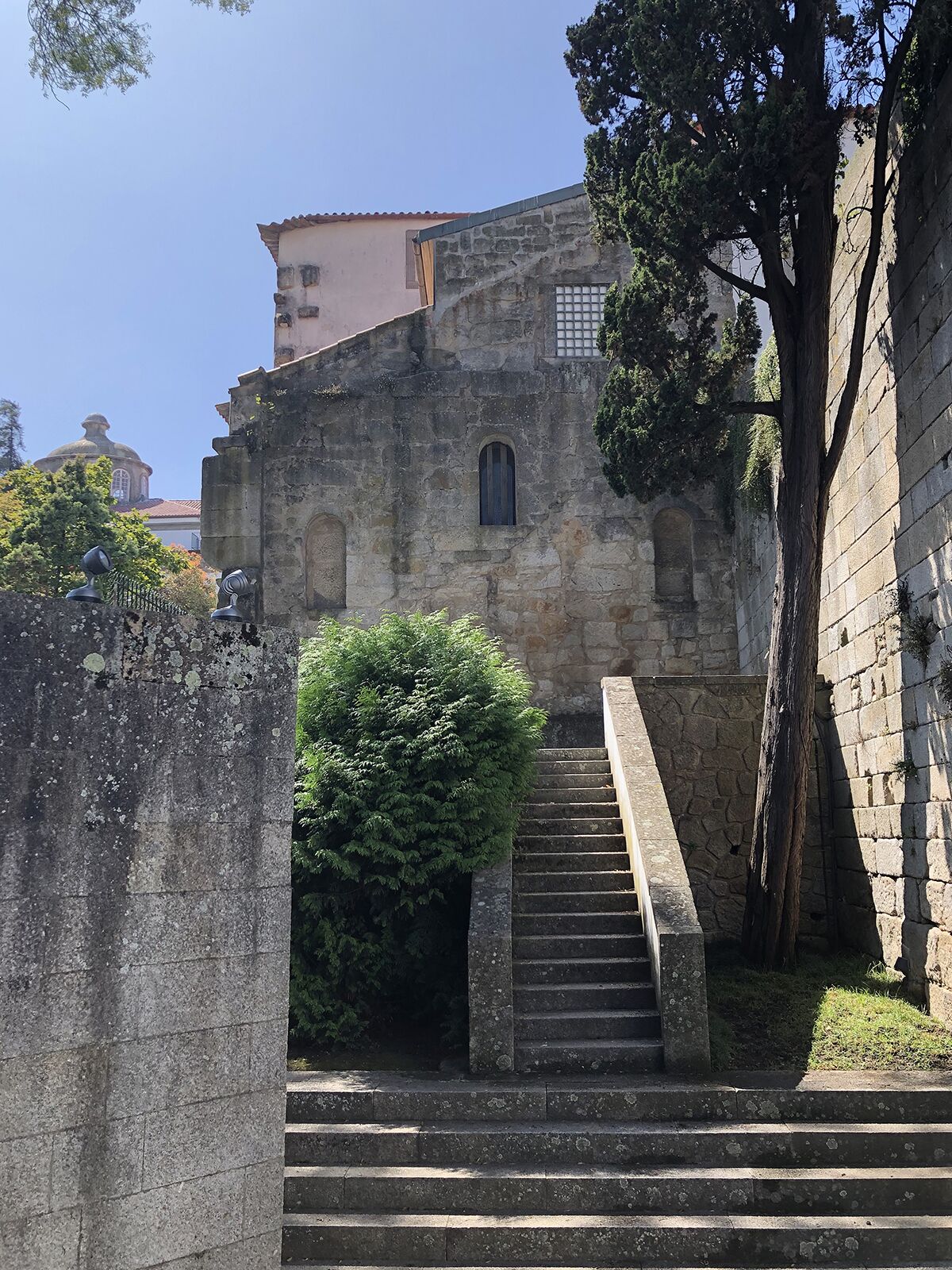 The Venetians had been known as the master ship builders when little was known beyond the Mediterranean, but when the New World offered opportunities across the Atlantic, ocean-faring vessels were required, making Portugal the centre of the ship-building world. This unfortunate coincidence of history mixed slave catchers and sellers with the most formidable transportation to the west the world had ever seen. Portuguese Prince Henry—Henry the Navigator—pocketed 20% of the price of every slave with profits of up to 700% for each captive.

With Portugal being a relatively small country, albeit with a lot to offer, day or overnight trips from your home base to other locations are easily doable and add to the experience. For example, a two-hour drive to Seville, Spain, will interest those who want to visit the third-largest church in the world—Seville Cathedral—which the creators apparently designed as something so large that when people saw it they would “take us for mad.” Within its walls lies Christopher Columbus—another opportunity to discuss how the adventurous were often blind to their crimes against humanity. A further discussion worth having might be sparked by the bull-fighting museum located at Plaza de Tores. First assuming bull-fighting to be the best in modern spectator sports, we came to the conclusion that even cultural practices enjoyed for centuries can incorporate unusual cruelty. 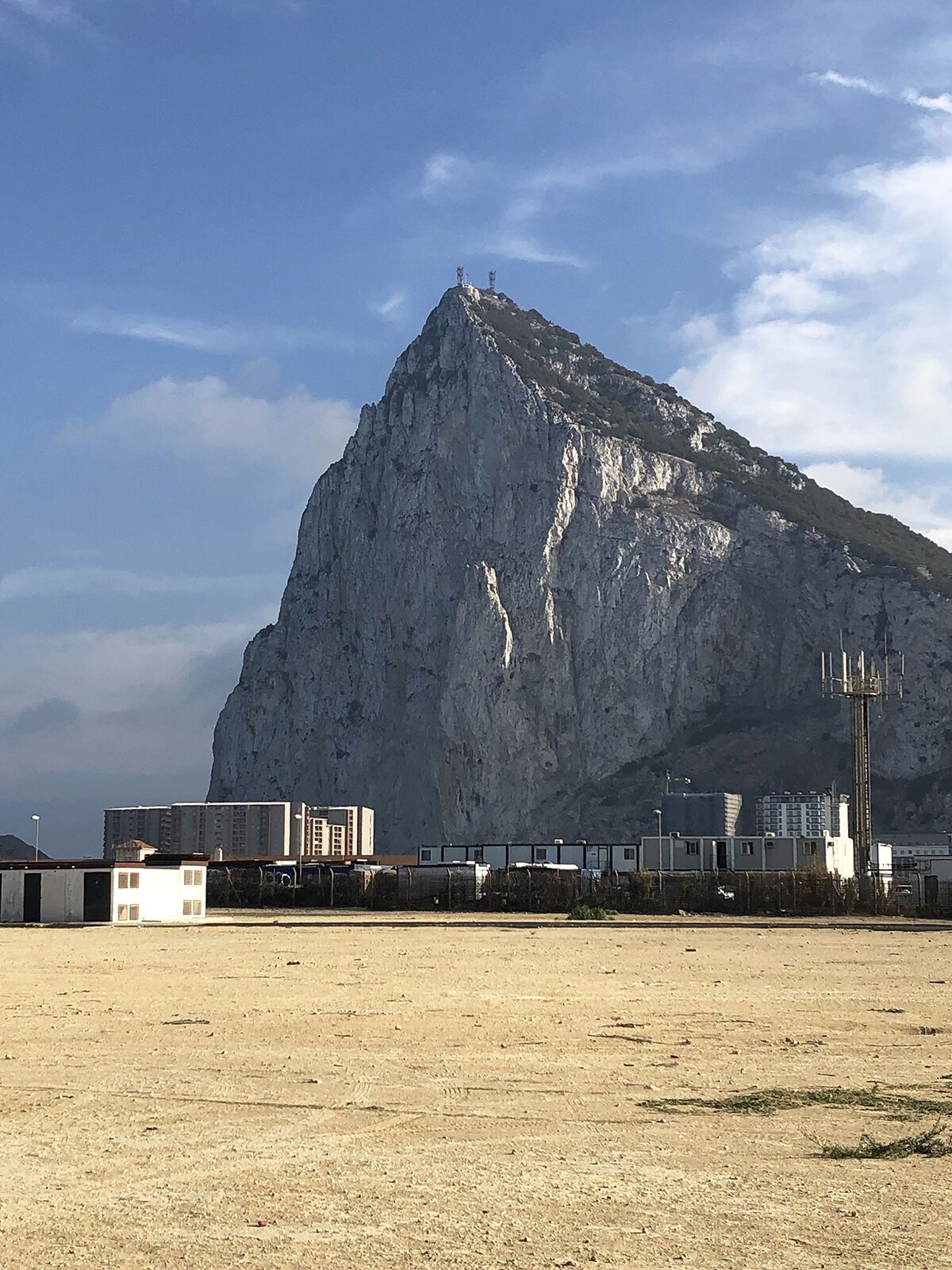 And if time permits, a quick jaunt from Seville to The Rock of Gibraltar will enthral just about any teen waiting to cross what could be the only plane/car intersection in the world. On the giant formation, you will discover the only tribe of wild monkeys in all of Europe—which are incredibly friendly… most of the time (hide your crisps!). Being a source of great strategic importance for the Romans, Moors, Spanish and “proudly,” as some souvenir shirts suggest, the “British since 1704,” the location has been fought over for a few thousand years by militaries who wish to control entry and exit from the Mediterranean to the Atlantic. Within the rock, you can visit the 34 miles of caves that could house 16,000 soldiers and were critical in the modern fight for the North Atlantic. If you time your visit just right, a rock concert in St. Michael’s cave is both a sonic and visual experience your students will never forget.

As an often overlooked European destination, Portugal is quickly becoming the rising star of school-trip itineraries. With a mixture of culturally eclectic towns and architecture, defining moments in world history, geographic wonders that have been fought over for centuries, and the lure of extreme-ish sports for today’s experience-seeking teen, this gem makes a promise that you can sell to hard-to-please students, a veritable new edge-ucation.

Matthew DeJong
Matthew DeJong teaches English in the Peel District School Board and has been a travel writer for the past fifteen years. His articles have appeared in newspapers like the Globe and Mail, Toronto Sun, and many international publications. He owns the website Travel Animal, which is an online magazine for travellers by travel writers. mytravelanimal.com/

Allison DeJong
Allison DeJong is a grade 12 student at Mayfield Secondary School in Caledon, ON. She is an avid softball player and world traveller. She plans to study History at Queens, with a special interest in South American ancient civilizations.

Math Buddies, Math Corners, Math Clubs: Expanding the Scope of Math in Our Classrooms and Schools