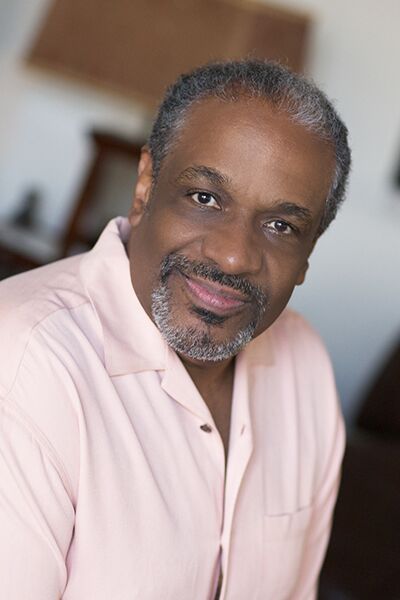 For many years I have admired the books by Christopher Paul Curtis. But only recently did I learn that this prolific author is Canadian! Of course that is reason enough to learn more about him and his books.

Margriet: Your first book, The Watsons Go To Birmingham, won the Newbery Honor title. Bud, Not Buddy won the Newbery Medal four years later. How has that influenced your subsequent writing? Did it give you confidence and encouragement to write more? Or did it make it harder, perhaps more challenging, to write something even better next time?

Chris: The Watsons did very well and when I attended conferences to speak I would inevitably hear, “How are you going to top that?” One of the things I deliberately did, was NOT to try to top the first book. For Bud, Not Buddy I knew that it was important for me to try to be in all of the same places (both physically and mentally) I was when I wrote The Watsons. I went back to the public library and followed the same routine I had. I tried not to think of the reception of the first book. Since that time I’ve looked at writing like shampooing: repeat, rinse and repeat.

Margriet: Many of your stories deal with slavery and bring important awareness of a dark but crucial part of North American history. Where or how do you find each new seed for a story?

Chris: I’m asked by young writers all the time where my ideas come from. I tell them as writers we must have our ears and eyes and noses open all of the time because there are stories everywhere. A small snippet from a conversation or a chance sighting of two people interacting in an interesting way will often become a facet of one of my stories. Even though I usually set my novels in eras gone by, I don’t think we, as people, change drastically from generation to generation. In other words, our parents and grandparents and maybe even our great-grandparents are most likely very much similar to us.

Margriet: How do you decide if a story will be told in first or in third person?

Chris: I’ve always felt as though first person gives the story an immediacy that third cannot. Of course it also is a limiting factor, but I really like getting into the head of one character and having their worldview dictate the story.

Margriet: In The Mighty Miss Malone, one of my favourite books you wrote, the voice is first person—a girl. Does it make any difference when you are writing, if the protagonist is male or female? Is one easier to write than the other?

Chris: It was something I struggled with before I tried to do it. Once I reassured myself that a storyteller is a storyteller, I fell quite easily into Deza’s voice. Perhaps it comes from growing up with three sisters.

Margriet: Many of your stories are written in dialect, tied to era or region. How difficult is it to get that authentic sound of language on paper?

Chris: It’s very easy, particularly if I’m familiar with people who speak the dialect. I’m sure I go through much the same as readers do when they first come across the dialect—at first it may be difficult and slow slogging, but stick with it and it becomes easy to understand. The reward is when I realize the story couldn’t be told in any other way. 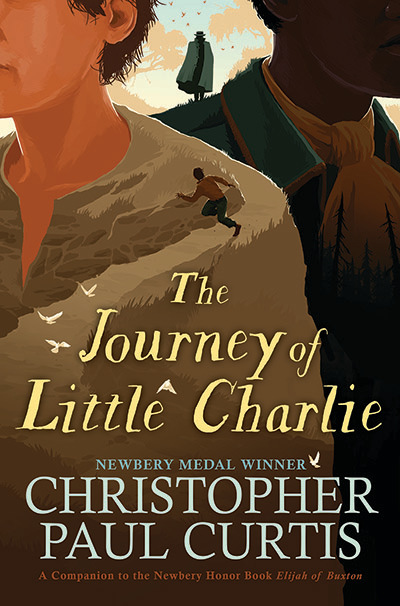 Margriet: In The Journey of Little Charlie, you start off by explaining that you had planned to tell one story, but “the story had other ideas.” To what extent do stories take on their own lives and push you in a different direction?

Chris: It’s a really good sign for me when the narrator takes over the story. It means I’m no longer in charge, that I’m deep enough into my protagonist that he or she is running things. It gives me a sense of freedom.

Margriet: How long does it generally take you to write one novel? Do you work on one at a time or on several at once?

Chris: The only time I worked on two novels simultaneously was with The Watsons Go To Birmingham and Mister Chickee’s Funny Money. I felt as though I could play with Chickee and used it as a release valve for the pressure building up in The Watsons. Of course there’s no set amount of time that a novel takes. It runs from six months (for Elijah of Buxton) to four years (for The Mighty Miss Malone). I think it depends on the complexity of the subject and upon my work ethic for the piece.

Margriet: The Watsons Go To Birmingham was made into a movie. How did it feel to see your book as a movie? Is the book still better? 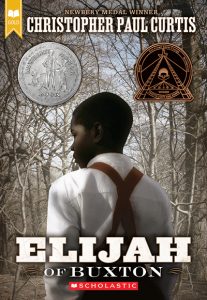 Chris: Of course the book is better! I often tell young readers that a movie is almost never better than a book because reading is such a unique pastime. When we read a book we have to fill in so much of the story as we go along—the way the characters speak, the way their voices sound, the way they react. In a movie we see someone else’s interpretation of all of those things, our imaginations aren’t given the freedom to explore that they are in a novel. Early on I separated my story from the movie in my mind. They are very different animals and if I got upset over changes or cuts I’d end up losing my mind.

Margriet: Are your stories autobiographical at all?

Chris: The Watsons Go To Birmingham is. Particularly in the interfamilial relationships—a lot of that is me and my siblings.

Margriet: How important were books to you as a child?

Chris: I was not a reader of books as a child. I was a very strong reader but much preferred comic books and magazines and newspapers to books. Kind of ironic isn’t it?

Margriet: Do you do author visits to schools? What do you do during a typical presentation? How do you encourage today’s young people to write?

Chris: One of my favourite things about writing is visiting classes. I’ve kind of lost the travel bug but I do occasionally visit students. My presentation is one of harassing, cajoling and joking with the students. I have a ball, and I’m pretty sure they do too.

For more details on Christopher Paul Curtis, his books and his author presentations, go to: http://www.nobodybutcurtis.com

Cartooning and Doodling: “Helping The Medicine Go Down”...