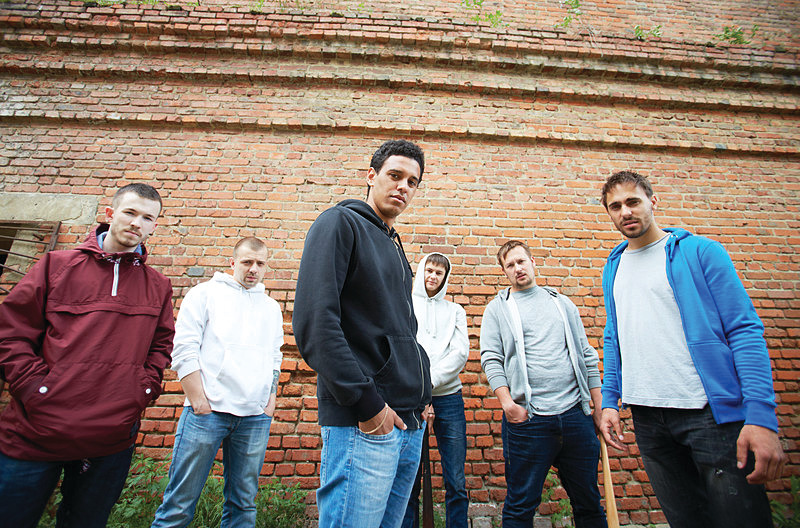 They are the most likely, out of any special needs category, to fail their classes and to drop out of school (Armstrong, 2012). They are also at-risk for a host of disorders such as conduct disorder, depression, anxiety and post-traumatic stress disorder (Walkley & Cox, 2013). Longitudinal studies have found that such students also face significant social rejection, which, quite unsurprisingly, further exacerbates their emotional issues and dysfunctional behaviours (Lester and Cross, 2014). Clearly, these students do not have it easy, which is why I was most troubled to discover that these students are also the least accepted by teachers. Numerous studies and reports from Canada and around the world show that teachers would prefer to teach students with autism, or physical and sensory disorders over students with behavioural needs as they “consume” more energy and are more disruptive to the classroom environment (Cassady, 2011; Naylor, 2002). As teachers, we all know how important a positive teacher-student relationship is to our students’ success, which is why I wanted to research the students who perhaps are most on the margins.

But there was one more piece of information that further influenced the direction I took. Although I was not able to find any categorical breakdown of behavioural needs in Canada that was split by gender, I found that in the United States, 81% of these students are males (Nelson et al., 2004), which happened to be the exact same gender proportion found at my school.

I was then given an amazing opportunity from my school’s principals to design and implement a year-long social and emotional intervention for a small group of boys, many of whom had a history of, or currently had, school-related discipline issues, typically involving aggression. The first part of the intervention I designed had nine sessions and went from October to February. This was psycho-educational in nature and primarily consisted of circle discussions where participants would discuss emotions and societal pressures facing males. For the second semester these participants were able to take these social and emotional learnings and mentor a group of elementary students with behavioural issues. The content of my intervention was based on O’Neil and Luján’s (2009) recommendations for implementing a psycho-educational program for boys. Notable topics included: Masculinity Ideology, Conflict Management Skills, Patterns of Gender Role Conflict, Power in Relationships, Emotional Awareness, and Expression and Empathy Skills. The only topic that might not be self-explanatory here is Gender Role Conflict, which is the theory that hyper-masculine attitudes commonly perpetuated by our society – such as emotional restriction, obsession with achievement and success, the need to be tough, aggressive, remain in control, and reject things associated with the feminine – can lead to negative social and emotional outcomes for some males. In searching for ways to effectively foster social and emotional intelligence in boys, the research was consistent in conveying the importance of deconstructing hyper-masculine pressures facing males to ensure success, as many activities that foster social and emotional learning are sometimes perceived as less “natural” or “necessary” for males.

My research design was mixed-methods and I designed it with multiple ways to assess the program’s effectiveness and feasibility. However, that’s more my story, and I think what’s more important is the stories of these nine boys’, who, arguably, haven’t had much opportunity to voice their experiences. Participants enjoyed the freedom to share their thoughts and to connect with one another, as highlighted by one participate who said, Being able to be in the group, being with the other guys and being able to talk to them…knowing that you were able to speak when you wanted, and being able to say what you want at that time…to actually be yourself, is huge for me. Another participant reported his favourite part of this group was, just all of us being together and talking about stuff. Guys don’t do that anymore in this current time, nobody does that. Nobody just sits around with friends and talks about whatever they’re feeling, but we did, and it was like weird [pause] good weird. I appreciate his honest identification of the unfamiliarity he experienced when he was vulnerable with other males.

Participants shared that one of their key take-aways came from a guest speaker from the organization Safeteen. Through role-plays he showed them how, in a conflict, you can be assertive and be seen as strong without having to be an alpha male – someone who puffs up and uses power or force to dominate. A powerful emotional lesson the boys identified was learning about the Window of Tolerance from a clinical counsellor, which is a metaphor used to visualize the ideal range in which to healthily experience and express your emotion. Emotional awareness and expression was a significant revelation to most participants, as evidenced most clearly by one participant saying, Before this group I didn’t think you should show your emotions.

A theme that these boys frequently brought up was that they did not feel respected by the adults in the school. They felt that teachers or principals often assumed they were at fault for things because of their bad reputations, which they feel they cannot escape. Most of participants genuinely believed that the only reason they ever got upset at teachers in the first place was if they felt they were being targeted or treated unfairly. When I first heard this, the teacher in me wanted to retort, “Do you realize how much your teachers have advocated for you and are trying to help you succeed?” But when I stopped to actually listen to their perceived experiences I began to realize that even if I perceive things differently, it doesn’t change the fact that these boys are still feeling marginalized and are expecting to face opposition from adults.

So now, as teachers, there’s a chance for their stories to influence our stories. Here are some suggestions I’ve found valuable for working with students, particularly males, with behavioural issues.

Lester, L., & Cross, D. (2014). The effect of chronic victimization on emotional and behavioural difficulties of adolescents. Australian Journal of Guidance and Counselling, 24(2), 137-151.

Brendan Kwiatkowski
Brendan Kwiatkowski is a teacher at D.W. Poppy Secondary School in Langley, BC and has a Master of Arts in Educational Studies – Special Education from Trinity Western University. He teaches both natural and social sciences, is an Aboriginal Education Department Head, and is also trained in clarity direct neurofeedback. bkwiatkowskiCDN@gmail.com

Pixar in a Box: Putting the Wonder Back in Math

Reading Detectives: Activities for All Students

Teaching and Learning: A Lifetime of Making a...

A Gratitude Practice from a Different Angle

Students Can Finish Courses with a BANG