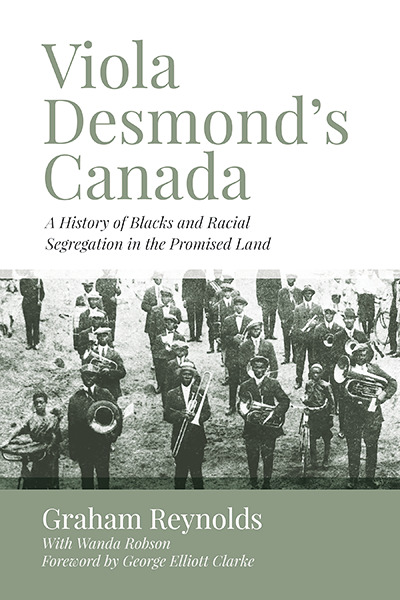 In 2010 the Nova Scotian government apologized to the late Viola Desmond. She had been arrested in 1946 for refusing to give up her seat in the white-only area of the Roseland Theatre in New Glasgow. Although Graham Reynold’s work discusses that shameful episode (it should be noted this was almost a decade before the infamous Rosa Parks’ incident in the USA), it also offers a view of Black history in Canada stretching back to slave experiences during colonial times. Be warned, however, this book is a rather eclectic collection of information. The first two chapters offer a concise historical overview of the period 1687 to 1960, which is then followed by Wanda Robson’s account (she was Viola’s sister) of growing up in a Jim Crow environment in Nova Scotia. After that we retreat back to the 1700s New France to examine the life and material possessions of Marie Marguerite Rose, which is followed by a chapter on West Indian migration to Canada during the early twentieth century, then by an examination of racism, eugenics and the KKK in the Dominion, with the last chapter devoted to author and activist Pearleen Oliver. These are all interesting chapters, but it is an awkward organization, and the work would benefit with additional editing to remove numerous typos.

Classroom Connections: While this work is clearly aimed primarily at students in post-secondary settings, there is a useful teacher’s guide available online, which not only indicates the strands in various provincial curricula where the book may apply, but also has more than two dozen lesson plan ideas. The manuscript has a rich collection of primary documents—inventories of a former slave’s possessions, newspaper clippings, government documents, as well as transcripts of interviews and public presentations—that serve as the basis for many of those activities.

Editor’s Note: In December 2016, the Canadian government announced that Viola Desmond would be the first Canadian woman to be featured on our $10 bill (see: bankofcanada.ca/banknotes/banknoteable). The National Film Board film entitled “Journey to Justice” pays tribute to Viola Desmond and five others who stood up for equality in Canada. nfb.ca/film/journey_to_justice

This review is from Canadian Teacher Magazine’s Jan/Feb 2017 issue.

Be a Beach Detective

Over at the Rink