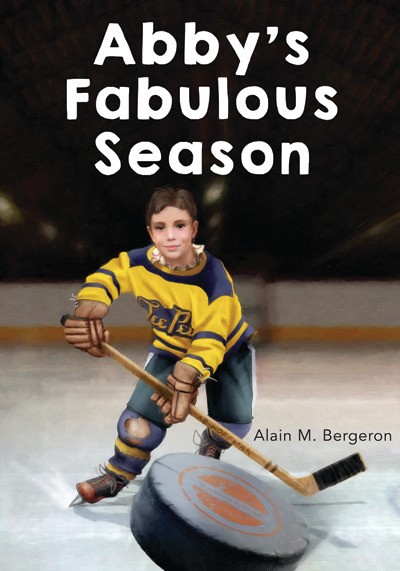 Most girls in the mid-1950s would much rather go figure skating than play hockey with the boys. Abby Hoffman is the exception because she prefers to lace up a pair of hockey skates. She loves to play this sport so much that when the Toronto Hockey League invites boys ages 9 to 11 to play in the Little Toronto Hockey League, she decides she wants to join too. Somehow she deceives her way onto the Teepee boys’ team. No girls were allowed to play in this league so Abby had to cut her hair and go by the name of Ab Hoffman, leading to a series of situations in which she was almost found out to be a girl. When her secret is exposed, she has to fight for the right to continue playing hockey with her team.

My favourite character in Abby’s Fabulous Season is Abby Hoffman because of her determination to play hockey in the Little Toronto Hockey League even though many people thought hockey was just for boys. Something I liked about this book is that it was very captivating and I couldn’t put it down for a second without thinking what was going to happen next. I really enjoyed this story and I’m sure that I’ll probably read it again soon.

This review is from Canadian Teacher Magazine’s Apr/May 2015 issue.

Take Shelter: At Home Around the World

The Curiosity Of School: Education and the Dark...