Three mornings a week, the students in my class hang up their coats and push their way to be first in line in anticipation of playing. Students volunteer to set up, get equipment, and while asking “which game today?” they grab a red, blue, yellow and green ball, and head to the gymnasium. Once there, they make a circle, review their goal time, and when they’re ready, I shout “PLAY!” What happens next is a flurry of movement and communication while the four balls are passed around randomly, and ends with each child sitting when they’ve received each ball once. The game is called “Piccadilly Circus.” It’s fun and the students love it.

But it’s not just a game—it’s one of the social/emotional learning resources I use to teach my students how to self monitor, self control and manage their own actions. They won’t “beat the clock” unless they communicate to their classmates what they need, what they don’t need, and when they’ve had enough (so they can sit down). Often a child will sit, even though he/she hasn’t had every ball, and that’s when a great class discussion opens up about why. Was it their classmates yelling out to “sit down” to finish in time, or was it the fear of letting the team down? Then we talk about the wider issue—the pressures from their peers or themselves that make children (and adults) knowingly do the wrong thing. I observe that these important life lessons carry over seamlessly from the games into the classroom, the playground and the wider community. 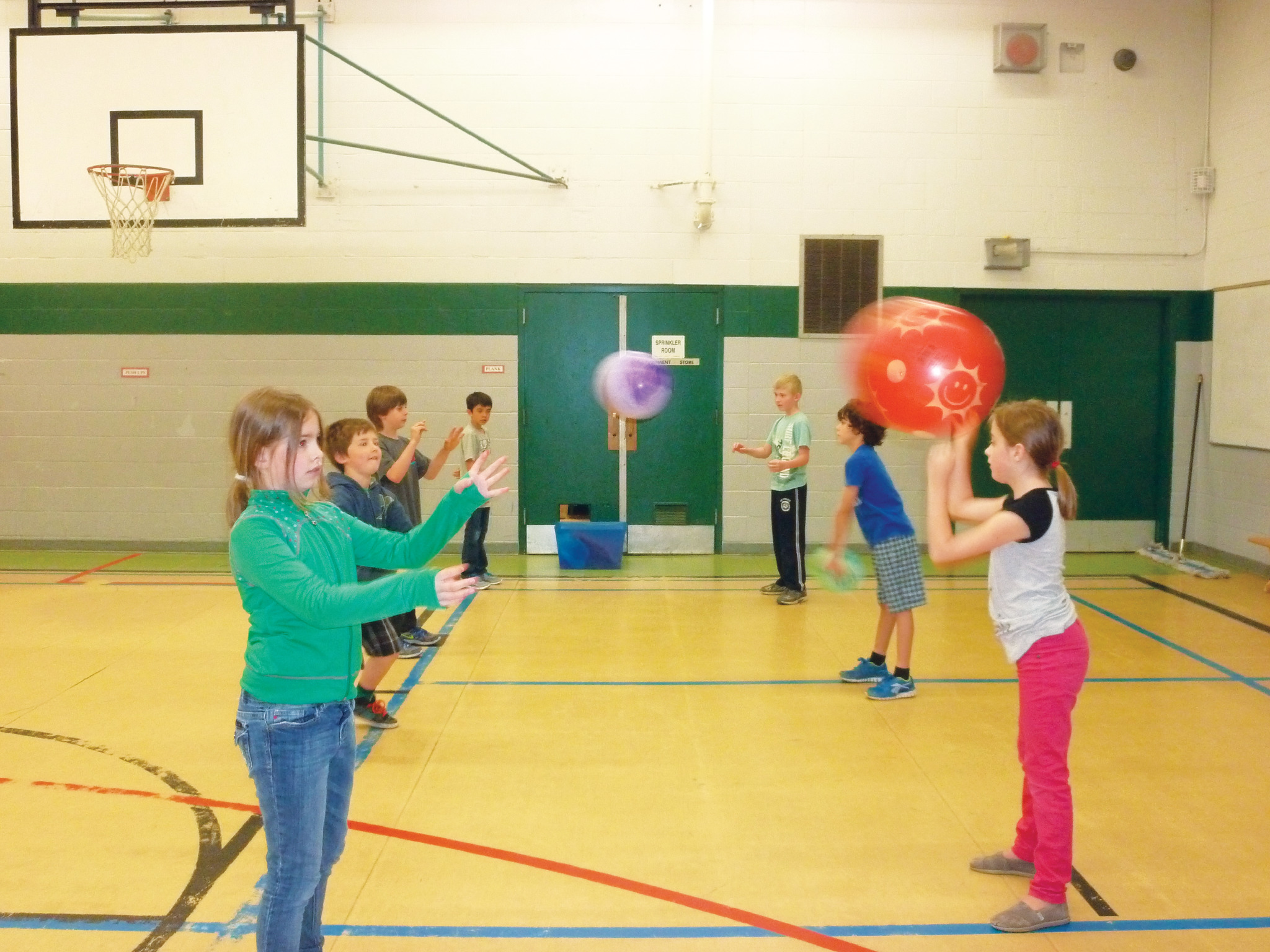 This game is just one of many contained in a program developed in Australia called “Play is the Way,” that I have been using with my students for the past few years. I was first exposed to Play is the Way when I witnessed the program first-hand in Australia in 2009, and was thrilled to learn it would be offered in Canada.

I went on to organize a whole school workshop for my staff and others in our district. The program was very well received, to the point that several other schools in our area have held workshops and trained their staff.

To date, in our school, several classes are now playing games simultaneously in various locations, at least three times per week.

I believe as an educator it’s not just my job to fill young minds with facts and figures, but to build strength of character and self-motivated learners. There’s a wealth of research on the benefits of teaching social responsibility, and how it positively impacts students and schools. I find Play is the Way complements and aligns well with other social/emotional programs I use in the classroom, such as Tribes, Virtues and Restitution.

The children love the games so much, they now know them all by name, set them up quickly, and even beg to play certain games we haven’t played for a while! The program has the added advantage of all of us being active in an age where obesity is at crisis point, and healthy children are a priority.

Since incorporating Play is the Way into my weekly routine, I’ve witnessed significant changes in student behaviour, including a boost in self-control, resilience, greater teamwork and cooperation, as well as heightened levels of awareness of themselves and others, both inside and outside the classroom. I’ve heard first hand how students now speak to each other about behaviour using language from the Play is the Way program. For example: “Face your problems,” “Is that helping or hurting the team?” “Is that a strong decision or a weak decision?”

Empowering students with the skills to self manage and self monitor, be respectful, and develop resilience and empathy, means I can spend less time resolving disputes and managing behaviour, and more time educating and developing strong relationships with my students.

The Play is the Way program is currently being evaluated by the University of British Columbia, and I look forward to reading the results. I appreciate that the supporting resources are clear, concise and very user-friendly!

For me it is a unique and practical way to keep children engaged, with the added benefit of physicality and practicality. After all what comes more naturally to children than play?

Luanna Marchand
Luanne Marchand has been an elementary school teacher in Saanich District #63 in BC for 20 years. She currently teaches Grade 3 at Brentwood Bay Elementary. She is a strong advocate for social/emotional learning and its empowering effect on children.

This article is from Canadian Teacher Magazine’s Jan/Feb 2015 issue.