Brilliant 21st Century education will be marked by a maturation which transcends the classroom. Students should enter a successive paradigm in which the following tenets are exercised: the learner (listening); the active participant (speaking and re-telling); the emulator (understanding and internalizing a rubric and exemplar-driven process), and finally, the creator (taking the canon of knowledge and applying the students’ own thoughts and actions). An emerging trend in education has been a drive to find the next “great leap forward.” Educators are often more than willing to attempt the latest nuance in professional development or curricular strategy, which is commendable, but many abandon some tried and true staples in favour of untested methods that might appear worthy in theory, yet hardly executable. As much as education should be forward looking, it risks becoming deficient if it does not recognize and engage its history, which has bequeathed a wealth of wisdom, both in theory and practical application. The genesis of the 21st Century educational paradigm lies in our past, and will undoubtedly be the key in resurrecting innovation and dynamism. 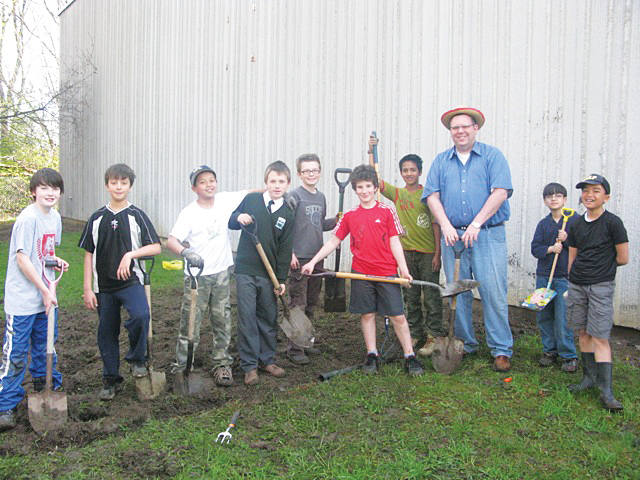 Urban designers of the 19th Century lamented the visible passing of pastoral or agricultural traditions. Many, like Frederick Law Olmsted (Central Park, Mount Royal) witnessed the onslaught of the Industrial Revolution and the mass exodus from the countryside to the city. The concept of the urban park as a respite for the physically and mentally exhausted came into vogue quickly. Even in Canada, the Fraser Institute cited that in the year 1900, about half the population still lived in the country, but by 2010, that percentage had fallen below 10%. There was arguably a cultural echo of sorts that cascaded through the 20th Century from successive generations that carried forth a community of memory from their agricultural heritage. The other significant factor was, of course, the continuous waves of immigration throughout the last century from Ireland, the Ukraine and the rest of Europe during the post-world-war periods, and then a further accentuation of the Canadian mosaic from all corners of the globe in the latter half of the century. Our society has largely become an urban dwelling folk, whose perceived connection to genuine agriculture might consist of the Sunday drive, visiting a farmer’s market or, for the younger Facebook savvy crowd, playing Farmville on the Internet. The transition to a service and information economy has ironically left some critical and time-immemorial expertise waning, if not forgotten. Within the space of one hundred years, the drive to urbanism and development has created consumers who, because of their education, are lacking authentic opportunities to learn a process-driven mentality, and forgo creativity, discovery and innovation because they are handed the final product, pre-packaged, with no effort required on their part. This progressive move forward has also had as a casualty boys’ education.

As a child, I was always impressed with my uncle’s garden. He grew a lot of flowers, which were pretty, but also some plants that delivered results: fruits and vegetables. Berries, tomatoes, beans and other produce complemented his backyard. During the month of May, a massive pile of topsoil would be delivered to his home, and even though I didn’t live there, I helped my cousins cart it to the backyard. Much of the knowledge and enthusiasm for creating and maintaining a garden stuck with all of us in the family, and now as adults, we all have some sort of garden where we live. Throughout the 1980s, there existed a significant number of Italian and Portuguese families in Scarborough. My friends from those cultures would boast huge gardens in their backyards, with tomatoes the size of one’s fist, and grapes that would be pressed into wine and then poured into the proudly displayed demijohns. Many of their traditions also reverted to “the old country” and, whether through direct instruction or implicit inspiration, the emulation and co-opting of those skills were not lost on many from Generations X and Y. As boys, we would ask questions, witness the results and rewards of hard work, and if lucky enough, have a parent, an uncle or a grandfather who would transfer knowledge the old fashioned way, through experience and sweat. We became emulators and, with the knowledge we had witnessed, earned and experienced, took the next step in becoming creators.

If Olmsted’s parks served the tired masses of the industrial and commercial cities of the past century, then might it be fair to say that the urban garden may offer the same sanctuary for the minds of the information age? Perhaps so, but our students must be afforded opportunities to learn outside the classroom. As teachers, we need to pull them away from the complacent classroom dynamic of text-to-paper pedagogy and provide them with some real experiences. We must not fall into the trap that Google, YouTube, or some “app” will offer a bridge to a genuine experience supplanting a true engagement of the senses; that’s bubble-wrapped, lazy logic. We need to get our hands dirty again. Male students especially, need to recoup this experiential transfer of knowledge and reapply it to a personal renaissance of a love of learning. When students see the entire creative process and all of its wonderful mechanics, “the curtain has been drawn on the machine.” It is a natural human impulse to then innovate and create something out of the last stage of development. However, we are too busy handing our children the completed product, and training them on its content, rather than going deeper to show them the world behind its creation. This has much to do with our disposable society. Follow this educational paradigm and its sequence. My fifth grade class at Northmount School is reading a book entitled, The People of Sparks by Jeanne DuPrau. It is the sequel to the popular The City of Ember. Our novel depicts the struggles of the refugees of Ember and their adaptation to an agrarian culture (Language Arts). We are studying biodiversity, fluvial geography and structures as individual constructs and co-existing environmental realities (Science). The Grade 5s are also learning about Mesopotamia, the Fertile Crescent and early civilizations (Social Studies). During religion, we examine the agrarian culture of Judea in relation to the major movements regarding faith in the Old and New Testaments (Religion). Where do we plug in the experiential learning and application?

We drew out a plan for a school vegetable garden, prior to which I had instructed the class about who to call before digging. All of the respective utilities gave us the permission to commence the project. Another student recalled that the potatoes in the City of Ember were shrivelled and weak, so we studied our desired area for sunlight exposure. The students and I excavated a 4-metre by 9-metre plot at the back of the school. Suddenly, a rush of water seemed to explode from the side of the building. The boys all stood back in awe, and I, in fear. Had we broken a water pipe? No, it was the sump pump gushing out water from the roof and basement of the school. The boys recalled the irrigation principles they had learned about in Science and Social Studies, and decided to dig a trench that would reroute the water into the edging of the garden. Like the Babylonians and their gardens, ours too, would be almost self-sufficient as far as water was concerned. We spied a rabbit, and applying our biodiversity lessons and some colloquial agricultural knowledge, we placed tabasco sauce around the outside of the garden to keep vermin away. Toward the end, many of my students said they knew how hard our ancestors must have worked, how difficult the people of Ember had it in Sparks, and how good they felt that the vegetables will be going to the food banks in September. Many deemed the experience of planting and gardening as calming and relaxing.

Aside from cross-curricular connections, vegetable gardening also teaches empathy. Our students agreed that all the produce would go to one of the kitchens or organizations in the City of Toronto that takes care of the less fortunate. Innovation and creativity are also capable of changing our disposable society into one that takes care of its most vulnerable citizens in a more personal fashion. The solutions to improving our world will not come through some mass-produced product or content-driven initiative. Our new Eden will arrive when we provide our students with authentic process-driven educations that are anchored in experiential learning and result in innovation, creativity, empathy, and ultimately awe-inspiring invention. The keys to this are in our past, the re-genesis of learning is literally in our hands.

This article is from Canadian Teacher Magazine’s Apr/May 2014 issue.

Strategy Training: For ESL Students and All Language...

Teaching – One Way or Another