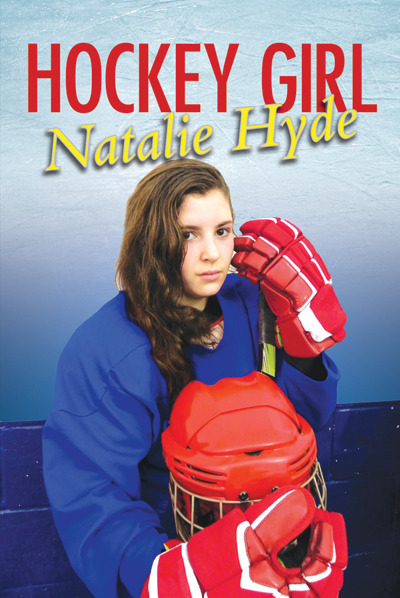 So, turnovers from Hanna’s Bakery: good. Turnovers in a Cartwright Roadrunners’ hockey game: bad. And even though it was perfectly legal to steal the puck like that it still struck me as a dirty, underhanded kind of thing to do. Hockey seemed to be full of sneaky tricks and attacks, like the elbows that would ram into my chest, face, or shoulder when the ref wasn’t looking. Not at all like softball, where we had been regional champions three years out of four by not playing dirty.

Tara isn’t one to back down from a dare and neither is most of her softball team, so when they’re challenged to join a hockey team in the off-season, and then challenged to win, tempers are quick to flare. The team wakes up for ridiculously early morning practices (5 am!) because that’s when the rink isn’t booked for the boys’ teams. Tara argues with her family to prove that girls’ hockey is as good as boys’ and she should be given the same reduced expectations around the house as her brothers. The Roadrunners even persevere to find a new coach when their own coach drops them like a sack of hot potatoes to be able to coach a boys’ team. And all this is complicated by a few players from the Hornets boys’ team, who come to watch, dare, tease, and eventually support the girls throughout their season.

Classroom Connections: This book would support the study of gender equality and would make a great addition to any classroom library.

This review is from Canadian Teacher Magazine’s Jan/Feb 2014 issue.

The Cornerstones to Early Literacy Childhood

Down to Earth: How Kids Help Feed the...