In the September/October issue of Canadian Teacher Magazine I wrote an essay entitled “Should I Go or Should I Stay?” focusing on my indecisiveness regarding retirement. I did, in fact, retire as of June 30, 2012. At the outset I want to make clear that I am happy to be retired and enjoying all that comes with retirement. What follows is my attempt to come to terms with feelings, emotions and questions that, as a rookie retiree, have crept into my consciousness. 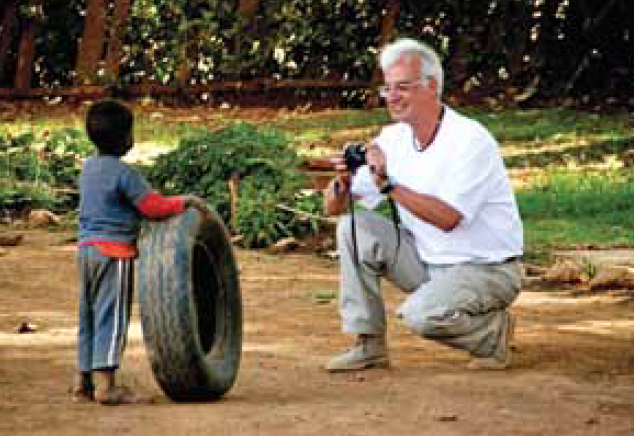 While I retired on the last day of the school year, I don’t think I realized that I was retired until the first day of the current school year. On that first official day of retirement, I found myself getting a haircut at 11:00 a.m. Waiting for my turn, I looked at the other gentlemen also waiting. I realized that what we all had in common was grey hair. Not that I have anything against grey hair, but an uneasiness came over me.

I returned home and sat on my condo balcony. As I sat taking in the sun, an elderly man walked by. I had seen him many times before as he took his daily walk around the block, but this time was different; it was as if I saw him for the first time, which only increased my feeling of restlessness. There is nothing wrong with walking; admittedly I dare say that the elderly gentleman is in better shape than I am. But I always thought that walking should have a destination and preferably one different from the last.

At first I chalked up my edginess to the fact that I was now officially retired, and while I felt liberated, there was something more on my mind, something deeper. It wasn’t that I no longer had a routine—I’m not sure that except for bells and schedules, teaching really is routine. If it were, the boredom would have caused me to leave teaching a long time ago. No, it was more. I felt frustrated by my inability to pinpoint the problem. I had that feeling you get when walking into a room to get something and forget what you came looking for.

It took me the rest of the afternoon to finally realize what was bothering me—purpose, or lack of it, was causing my disquiet. Of course the things that are most important have always given me purpose, like family and friends. While teaching gave me purpose, I realized late in my career that I needed more. Over the last several years, volunteering for a few months at a time in Africa and the Middle East had given me the extra sense of purpose that I needed. But now that I am retired I feel the need to fill the space that teaching full time once provided with some new purpose. But what will fill that space? Will consulting on grant projects for my former school, which I am doing at the time of this writing, be enough? I doubt it. Will full-time volunteering in a developing country fill the space? Maybe, but unfortunately I am not in a financial position to volunteer full time. Substituting at school may occupy my time and provide the funds to do more volunteering, but it would not satisfy me. What about writing? I did some in the past and can continue to do so anywhere and at any time if for no other reason than self-reflection, which is the motivation for this essay.

I am starting to realize that retirement is about making choices about what I do and what I ignore. I can choose to make my own schedule or ignore time altogether. The English author R.C. Sherriff writes, “when a (person) retires and time is no longer a matter of urgent importance, his colleagues generally present him with a watch.” I only wear the watch given to me at my school board retirement party on special occasions or those events when I secretly plan on leaving early. I can choose to work on projects, ignore others and daydream about those that might be. I can choose to sleep in though I don’t think I have ever slept in beyond six a.m. even on weekends. I can choose to indulge in guilty pleasures while ignoring pastimes that are less than pleasurable. Unfortunately, I don’t handle guilt too well. I can choose to take the recommendation of well-wishers who on the day of my retirement advised me that it is now time for me to relax. British banker and politician Sir John Lubbock stated, “Rest is not idleness, and to lie sometimes on the grass under trees on a summer’s day, listening to the murmur of the water, or watching the clouds float across the sky, is by no means a waste of time.” Years ago a friend gave me an audio tape on which the narrator described this very scene as sound effects of waterfalls, ocean waves and birds could be heard in the background. The intention of the tape was to instill a sense of relaxation for the listener. And for a while it did have its intended affect on me. However, the tape soon bored me.

In the months to come I am confident that I will have found a balance between the life I had and the life that I now live. I have no doubt that I will have established a new sense of purpose, which will fill the space teaching once occupied.

Irving Rother
Irving Lee Rother, PhD is a multi-award winning educator whose experience includes teaching, volunteering, consulting, advising and designing curriculum at the school, university, provincial and international levels. Since 2003, Dr. Rother has volunteered with youth and educators in Nigeria, South Africa and Kenya. He was one of six Canadians invited to participate in Education, Democracy and Identity in Conflict Areas, a conference held at the University of Bethlehem attended by Palestinian educators.

Historical Fiction – Free as the Wind: Saving the Horses of Sable Island

Scientist of the Day: A New Approach to...

Youth Up Front: Climate Solutions and Actions in...

“You Have Certainly Made My Day!”: Parks Canada...