Every teacher hopes to find interesting and innovative ways to teach and reinforce specific educational goals they have for their students. Music is one of those ways! 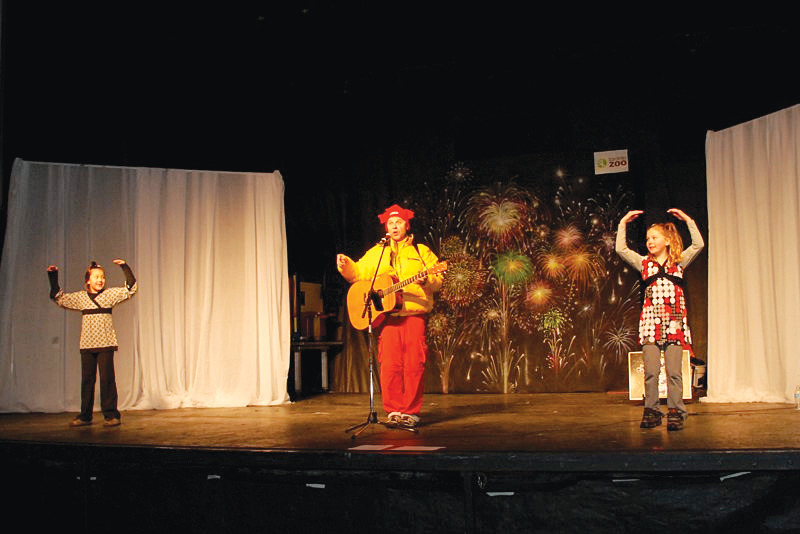 Dan the Music Man with Candice and Cassidy in concert.

Music can be a powerful tool to assist knowledge to stick, since children have a special connection with music. It is intriguing to them because of the rhythm and repetitive lyrics; these all play a role in helping the brain learn new concepts. All of us have benefited from music as a learning tool. Think of a song that you learned as a child. What made it stick? Chances are, it had repetitive lyrics and a recurring melody. It may also have included hand gestures or miming that reinforced the lyrics. Songs can help us remember and use language—it’s no wonder the alphabet was set to music! Music therapy, an activity in which children and adults with disabilities become involved with music, helps to foster and maintain their mental, physical and emotional health. Music therapy helps improve their awareness of their environment, self-esteem, attention span, motor skills and communication. Music can also help children of all abilities with turn-taking, following directions and making choices. Being present for a live educational concert is great—all children love to get out of the “regular academic realm of things” and a live concert is the ticket. Concerts are entertaining as well as educational, and they are also highly interactive.

Professional children’s entertainers are not just known for singing “Wheels on the Bus” or “Old McDonald Had a Farm” for preschoolers. Many of Canada’s children’s entertainers have skillfully crafted original songs into entertaining and educational concerts for schools. Students and educators alike have praised these concerts, which reinforce concepts such as literacy, anti-bullying, and environmental and safety issues. Some children’s entertainers only perform in their home province, while others travel to various parts of Canada and into the United States.

Here is just a taste of children’s entertainers available to book for your school for a fun, interactive and educational experience. Educational concerts have become a popular and in-demand resource.

Dan Devion is better known as “Dan the Music Man” in Toronto and surrounding areas and Alberta. He performs approximately 200 shows per year, and has been doing this work since the early 1990s. 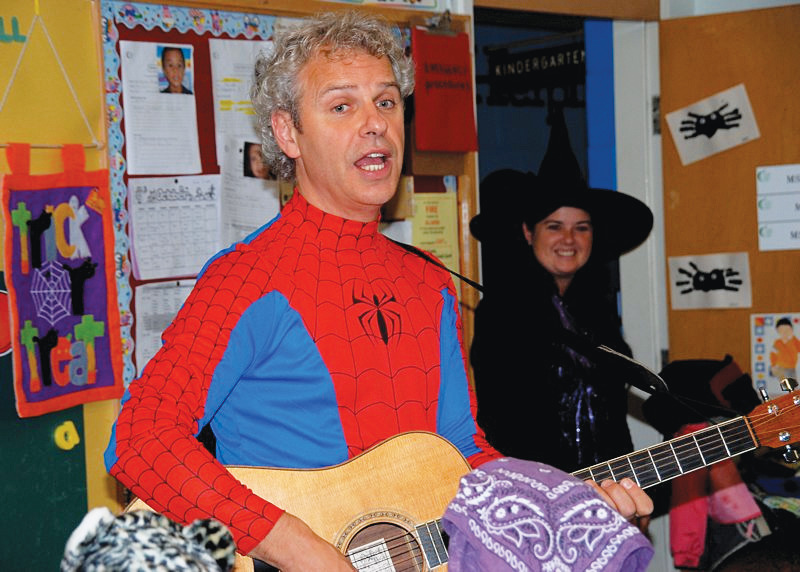 Fun is what you will find at a Dan the Music Man concert, mixed with messages of unity, imagination, merriment and the magic of youth. Knowing the role music plays as a learning tool, this father of three has developed concerts to both entertain and educate at the same time.

Devion says, “I wanted to create a style of music, a show and an atmosphere in which children, teachers and caregivers could enjoy themselves together. No parents reading paperbacks at these shows. It’s fun for the kids, and is really fun when we bring out the ‘kids at heart.’”

Visit Dan the Music Man’s website at www.danthemusicman.com to find out more about his music and interactive performance programs. Kids can join his “Kid’s Club” online and you can find out how you can book him for your school. 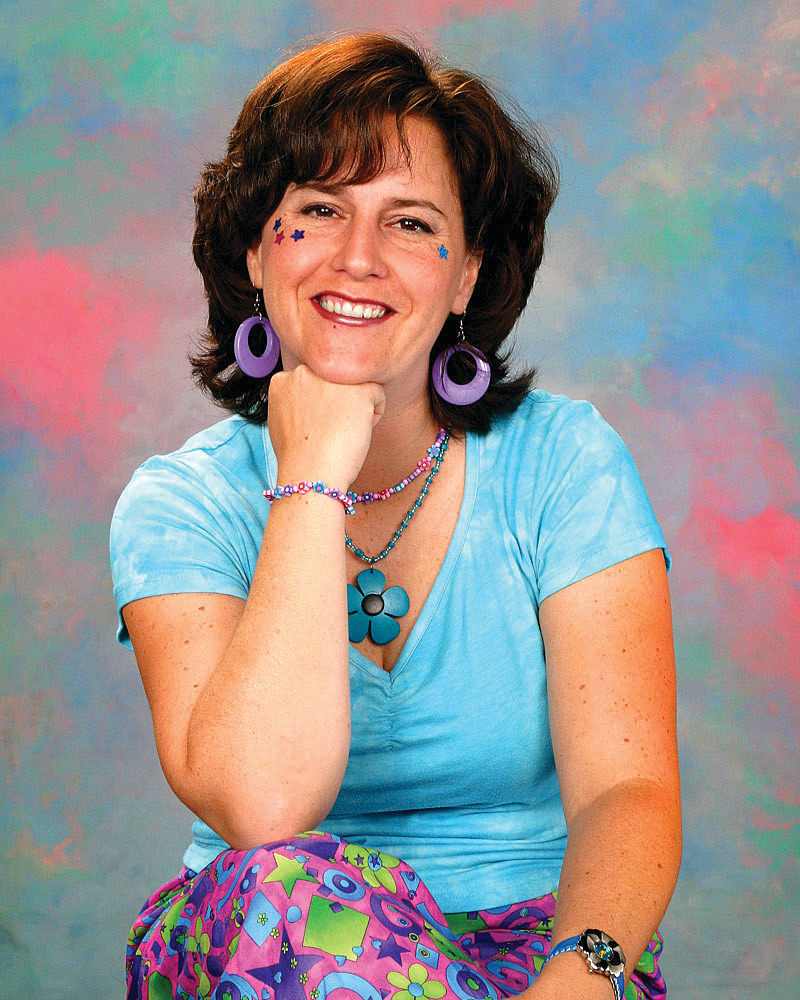 The number one priority of firefighters is to educate the public, particularly children, about fire safety. Two-time Juno nominee Mary Lambert is a children’s entertainer from Kingston, Ontario. She is helping to do just that through a fun, musical, entertaining and educational show called “Sing Out Fire Safety.”

With eleven CDs, Lambert has been entertaining children with her energetic and colourful performances since 1993 after a good friend heard her sing to her children at bedtime. 2009 marked the tenth year “Sing Out Fire Safety” has appeared throughout Ontario and other parts of Canada. Lambert incorporates fire safety messages such as kitchen safety, burn safety, fire escape plans, and stop, drop and roll.

“Sing Out Fire Safety” is geared to children JK to Grade 5, is an hour long, and the local fire department participates to make it even more meaningful. Rave reviews from teachers and fire personnel state: “Mary Lambert has a different approach than a fire department can offer, using music and activities. Her program is effective and gets both kids and adults involved. The effect that Mary has on children is amazing, she captures their attention through song and dance, with clear fire prevention messages.”

For more information on how to bring “Sing Out Fire Safety” to your school, contact Mary Lambert Productions at www.marylambertmusic.com.

The crowd-pleasing children’s group of Suzanne Nicks and Sandie Thomson is better known as The Smudge Fundaes. This multi-award-winning group knows how to put on a show that is kid-intuitive, witty, fun and educational all in one. 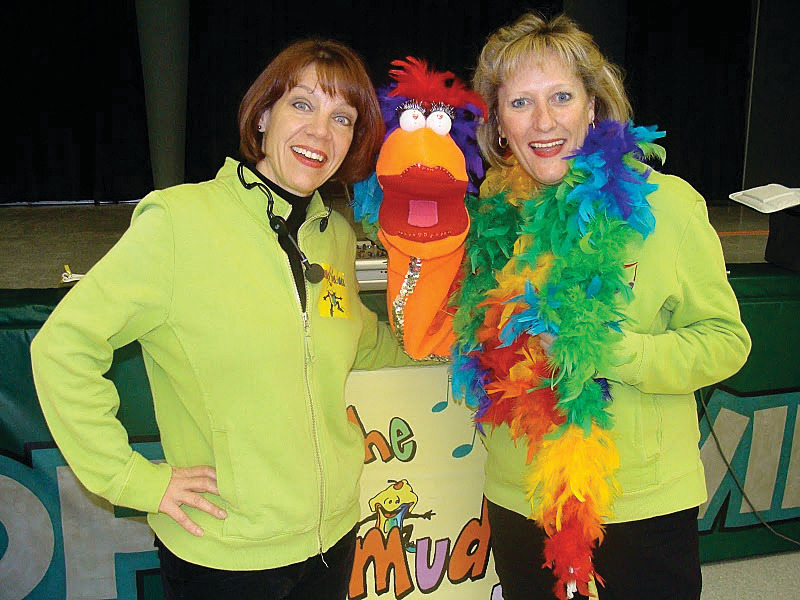 The Smudge Fundaes hail from St. Catherine’s, Ontario, and perform all across Ontario and parts of the United States. They have been performing for twenty years, have five children’s CDs to their credit and have a TV show, called “Classroom Crayons” on COGECOTV. Voted the 2008 Favourite Canadian Children’s Group of the Year, The Smudge Fundaes have cultivated fun and energetic shows to enhance what children are learning from their teachers.

Books rule! This is the message that The Smudge Fundaes teach children in this hour-long show. Nicks and Thomson dress up as a book and pencil for this performance. During the show you will experience catchy, upbeat songs, lots of audience participation, some science and geography games, a few spelling challenges, and elements of a book. Put it all together and you have a winning reading resource!

Take it from teachers who have seen the show, they know how great “Books Rule” is: “Your presentation captured everyone’s attention, imagination and applause! There were so many compliments about the creativity and quality of your show and questions from both staff and students about when you’d be returning to share more of your fun!” “As performers, you did an excellent job appearing to all grades and actively involving everyone with your humour, songs and skits.”

For more information on The Smudge Fundaes, visit http://www.smudgefundaes.com.

Do you want a wonderful Canadian history lesson for your school? Michael Mitchell loves Canada. He is a former Infantry Officer with The Black Watch (Royal Highland Regiment) of Canada, a former songwriter and recording artist for Sesame Street, Officer of the Order Military Merit, and author. Mitchell shares his love for his country with children all over Canada every day. He has performed his critically acclaimed concert, “Canada is for Kids,” to over 4,000 elementary schools and communities. This is an average of 250 to 300 performances a year.

“Canada is For Kids” is a one-hour performance that includes eight to ten songs that are selected prior to the show by staff from an array of forty songs available on Mitchell’s three CDs. Canadian trivia questions are an integral part of the show. With each song Mitchell shares a story, anecdote or audience participation activity. Booking schools receive an electronic teaching kit of resources (on CD-ROM) about this uniquely all-Canadian show, including reproducible lyric sheets to help young Canadians remember their country’s history.

Reviews include comments like, “I will never forget the last concert you performed at our school. (It was) the most phenomenal kids’ performance I’ve experienced in 14 years of teaching!” It’s comments like this that help make the “Canada is For Kids” concert a staple for many Canadian schools.

For more information on how to book your “Canada is For Kids” concert, visit www.michael-mitchell.ca.

Throughout Markus’ 20-year career as a professional children’s entertainer, he has appeared on programs like Fred Penner’s Place, Mr. Dressup and TVOKids. Markus has been awarded a Parent’s Choice Award (U.S.) and an Early Childhood Education Gold Pin Award. He is a Juno award nominee, and has produced eight children’s CDs and two DVDs. Markus performs across Canada and the United States with his unique educational concert programs.

One of these programs is about helping kids cultivate an interest in the music industry. The career choices that are explored in a fun and informative fashion include songwriting, jingles, film music, TV music, performing, teaching and more. This music industry workshop is geared to students in grades 4 to 8.

Go to www.markusmusic.com to learn more about his “Working in the Music Industry” concert and other programs.

Since 1989, Erick Traplin has become a sought-after children’s entertainer to delight audiences at schools, fairs, daycare centres, libraries, camps and special events throughout Ontario. Traplin has also performed as a special guest in Manitoba, Montreal, Labrador and Halifax with his fun, high-energy, interactive concerts. 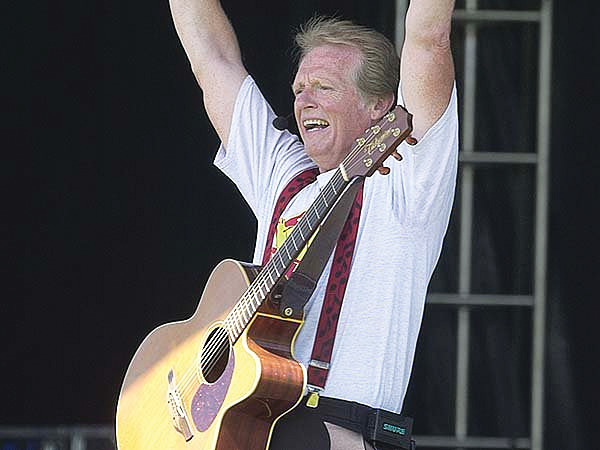 Notable achievements for Traplin include being presented with a Kitchener Waterloo Arts Award and being the keynote performer at the Kindergarten Teacher Conference in Toronto. For twelve consecutive years Traplin emceed and performed for major events at Kitchener City Hall. He also has five children’s CDs, one children’s book and one DVD under his belt.

Traplin teamed up with storyteller Dorothy Bowman (who, since 1985, taught and performed for schools, churches, and special events in Ontario and the United States) to skillfully craft performances that connect the power of story and song. The result is a wonderful resource for students.

A popular concert performed by Traplin and Bowman is called “Bullies and Heroes.” In this 50-minute entertaining and informative concert, children learn about bullying and its effects. They also learn about ways to deal with the bullying they see portrayed through the stories and songs. Concepts that are explored in “Bullies and Heroes” include:

Available for each group that books this concert are both pre- and post-concert activities. A CD of the songs used in the concert is given to the school prior to the performance to get kids familiar with the songs.

Reviews of “Bullies and Heroes” include comments like: “The songs will stay with us. I could hear the students singing in the halls.” “The pictures you painted in your stories—the students could ‘see’ what was happening.” “Dynamic!” and “Excellent messages.” Visit www.ericktraplin.com for more information on how you can book Erick Traplin and Dorothy Bowman for your school. 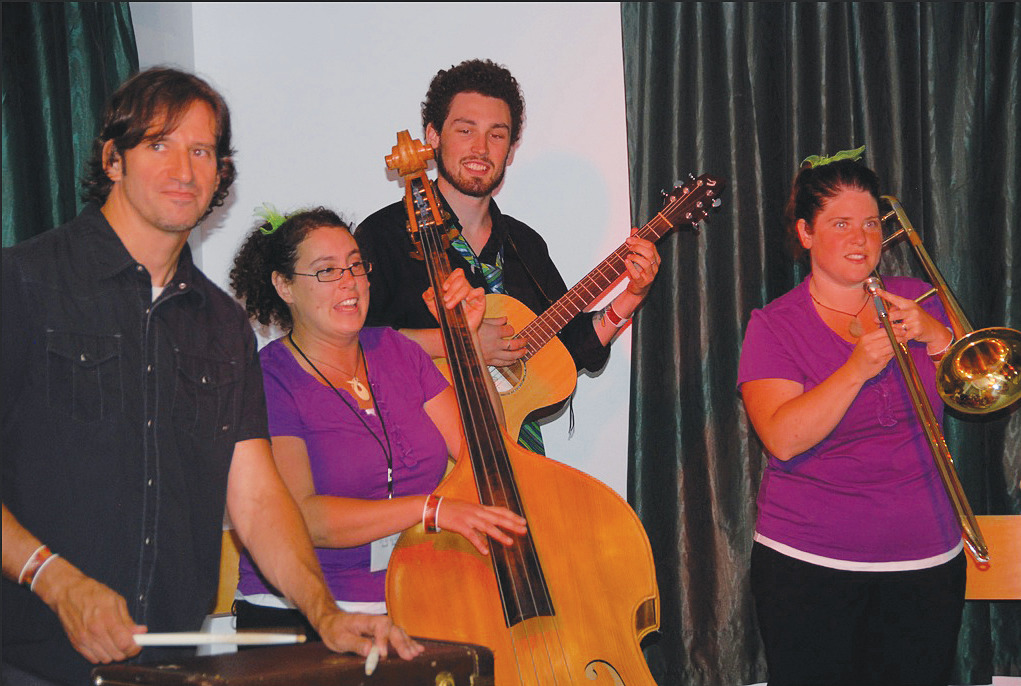 The Kerplunks are high-energy children’s entertainers hailing from the west coast of Canada. Dinah D (upright bass, banjo and vocals), Tina Jones (trumpet, trombone, clarinet, baritone, vocals), Phil Wipper (drums) and Aaron Cadwaladr (acoustic guitar, vocals) play upbeat, catchy tunes in a wide variety of musical styles that engage kids, getting them singing along and joining in on the actions. Since 2007 The Kerplunks have been recording and playing western Canada’s music festivals—including the Vancouver 2010 Winter Olympics in Robson Square, The Vancouver International Children’s Festival and The Winnipeg Folk Festival—and touring BC schools. Their third CD, “Number 3,” won the 2010 Parents’ Choice Award Gold Medal and has been nominated for a 2011 JUNO Award for Children’s Album of the Year and for Children’s Artist/Group of the Year at the Indies 11th Annual Independent Music Awards. Previous albums, “Walk On,” and “The Kerplunks” were also nominated for JUNO awards. This energetic gang is keen to foster creative expression in students across Canada. Check out The Kerplunks at http://thekerplunks.com.

Building Outside the Blocks