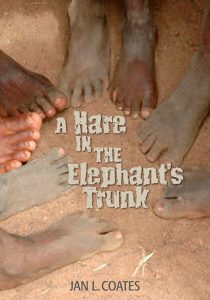 In 1983, civil war erupted in southern Sudan and up to two million Sudanese people were displaced. Among them were more than 20,000 young Sudanese boys—“The Lost Boys.” Jacob Deng was seven years old in 1987 when his village of Duk Padiet, southern Sudan, was attacked by soldiers from the north. He was separated from his family when he ran to the forest for safety. He was only a child, yet he was forced to grow up quickly as he joined with a few Dinka friends who were also walking the long journey to Ethiopia. They found a long line of boys—it looked like a centipede as it wound its way east across south Sudan—and they walked along with them, searching desperately for water, food, shelter and safety. After much horror and many losses, Jacob found his way with his friends to Pinyudo Refugee Camp in Ethiopia.

Jacob attended school and learned English in the camp school. His mother had always taught him that the way to peace was not through violence or being a soldier with the SPLA (Sudan People’s Liberation Army) fighting for southern Sudan’s freedom, and Jacob clings to this advice. Jacob’s first teacher agreed that “with an education, the ability to read, you will all be able to look with hope to the future, you will all be able to follow your dreams.” Ethiopia was not safe for the refugees and after an attack on the camp, Jacob and his friends returned to months of dangerous walking. They head back through southern Sudan to a refugee camp in Kenya. Life was no better in Kakuma—rations did not last and they did not have enough teachers to keep the school open.

Jacob did not give up his dream of an education—he studied hard and worked harder, helping the UN workers with interpreting to earn a little money. Though he had no family and no home, Jacob hoped for wadeng, a Dinka word that doesn’t exist in English but means to always look to tomorrow because it will be better. Jacob struggled throughout this story, but used his hope and determination to carry him to a better life.

Jacob Deng is a real person, though the events of this story happened so long ago in Jacob’s life this book was written as fiction rather than a biography. Included at the back of the book are interviews with the author and with Jacob highlighting the creation of this book and Jacob’s hope for young people to be inspired by his story and empowered to confront their own problems and the problems of the world. You can find more about his charity, Wadeng Wings of Hope at www.wadeng.org.

This review is from Canadian Teacher Magazine’s Mar/Apr 2011 issue.

Are You Seeing Me?

Turtles All the Way Down