Classroom Collisions: Children on the Wrong Side of History

The way of the world has a unique manner in which it enters an elementary school and classroom. Children are sensitive to the affairs of society and culture. They are not oblivious to larger events that their parents and older siblings discuss. They will ask questions, debate and formulate exaggerations and opinions. Elementary school children will also begin to form a sense of temporal history in relation to who they are as individuals and how they fit into the grand scheme of culture and time. The notion of self-discovery is both an internal and external dynamic. It operates through an ongoing reciprocating paradigm that grows with maturity and the ability to inference meaning from external influences that are ultimately reconciled and given validity in the child’s mind. Children feel the spirit of the age and its relationship to them. 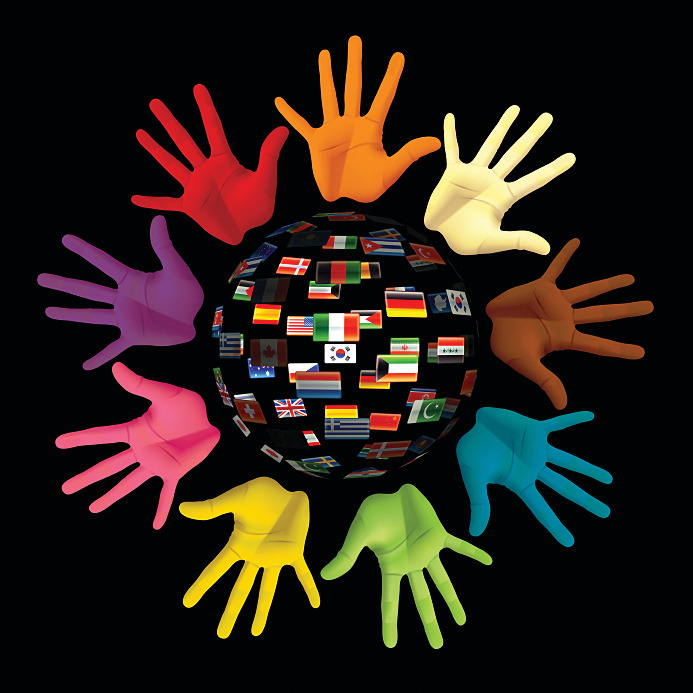 While they may not be able to explain and surmise the deep questions and challenges of an era in which they exist, children do have a sense of the major developments of a period and the importance given to them through explicit images and the process of formulation and retelling. As an example, the 1980s were a time of nuclear angst and a positioning of the world in two camps. Young students excel at comparison and they value judgments. In essence, they would ask who the “good guys” and the “bad guys” were. Depending on their culture, and how the world is framed for them by home and school, they would arrive at an answer. This is a critical insight into the thought processes of an elementary school child. There is a significant tenet missing in this equation: analysis and synthesis. An ability to identify, discern, and reconcile the “grey areas” of meaning and interpretation are not part of a child’s cognitive process; they are guided by their own connection of meaning through the framing of faith, culture, society and education.

Teachers will tell you that true learning is taking place when a child can retain knowledge over a long period of time by attaching what has been learned to experience and memory. Learning, unlike the linear progression of the school year and worldly events, occurs in a metaphysical paradigm that ebbs and flows in the mind of the child from the past to the present and the future, adding context and significance. It is knowledge becoming wisdom being modified by experience and constantly reapplied and reorganized. At this point, a symbiosis of the knowledge is connected to an aspect of their emotions and experiences. This becomes problematic when an issue, already framed by media and society, enters the realm of the classroom. The simple dynamic chosen by children to discern their own meaning on a given topic becomes skewed when they have some identification with a group that society has deemed “the other” or, perhaps even worse, “the enemy.” For many educators, this may or may not be a new factor in the classroom. Certainly, Canadian History tells us during the Pre-Confederation and Post-Confederation eras, Canada welcomed people representing nations Canadians had fought against in either an ideological or direct manner. This speaks to the tolerance, acceptance, and the greatness of Canada. This Canadian attitude has shaped the worldview of many of its students through the ages.

The sheer growth of Canada’s diversity through multiculturalism makes the aforementioned process quite relevant. A text-based approach to learning the history of this country is a good start, but relying solely on text and pen-to-paper assignments and evaluations is insufficient. Teachers must always be cognisant of potential collision situations. The instruction of history, modern or ancient, can be fraught with peril for the teacher. History can be an emotionally difficult subject for children because of the following factors:

Aside from a direct censorship of history and current events, can teachers avoid classroom collisions? Not really. Educators can utilize a set of mechanisms in order to “keep the peace” and present an equitable portrayal of events: historical and current. We must avoid the scourge of politically correct language because of its emptiness of spirit and numbing of truth, which does history and its students no measurable good. A discussion on the nature of truth and the selection of facts as a means to writing history are excellent beginnings. If children can observe how history is written, their understanding of its presentation in oral or written form will provide them with one of their first critical tools in understanding. It is obvious that the teacher must couch any personal bias or opinions on a historical matter in order to preserve the purity of the teaching. If teachers do engage in personal opinion, it is their professional and moral obligation to clearly indicate the moment that they speak with the voice of opinion, rather than that of teacher. As an example, if students know a teacher is an Afghan, they will inquire as to that person’s opinion on the situation in Afghanistan. The quality of the response from the teacher will dictate the behavioural expectations on any other personal intersections with history and current events in that classroom.

The mechanisms that would achieve a desired neutral investigation of history would include the following:

Pre-emptive Measures
Celebrate the distinctive cultures of the class. Have the students choose a grandparent from their family and create a project that honours him/her. Bring in food from the various ethnicities, and share.

We all are Canadians
While countries will be discussed, and some students will identify themselves with those nations, distinguish the role of the regime vs. the individual. Always make the case for Canada. “We all are Canadians, and this is a nation of immigrants.” This creates a natural equality and also reflects the uniqueness of the First Nations people. Give numerous examples of conflicted groups who are able to live and work side by side in Canada, regardless of what may be happening elsewhere. A central theme of Canadian society is this remarkable ability of its people.

Recognize Injustice through Universal Truths
Religious-based schools might have an easier time with this, because they would have an existing doctrine, like the Ten Commandments, to define boundaries and laws. However, the influx of character education to mould the culture of schools would suffice. Both approaches generate empathy.

Recognize the Role of the Individual
Racism and other forms of social injustice and aggression come from the creation of people as “the other” and the fear of them. Teach that personal connections lift the veil of fear and ignorance. Suggest that while the students may be of a particular ethnicity, they themselves had nothing to do with the genesis or prosecution of a historical injustice.

Introduce the Idea of Unfair Comment
Classroom rules should always be displayed, but also spoken of frequently and enforced. Rules regarding the use of slurs and putdowns relating to things a person cannot change, such as their culture, ethnicity, traditions, and faith, are deemed unfair comments.

Create Your Own Iconography
It is no secret that nations unify their people by creating myths, legends and symbols that every citizen can identify with. All of your students belong to the school and to your class. The school team logo is a good start.

The Personal Touch
Observe the tone of the lessons that might touch off a collision. Present both or multiple sides in a manner that is neutral and perceived as fair. Talk and listen to your students. Ask the questions that you know your students may not want to broach. Referee, if a conflict occurs, and do not hesitate to involve the parents: first, through communication, then, if necessary, set up a group to resolve the issue.

The Universality of “The Villain”
Every ethnic, cultural, or national group has at least one villain. And sometimes one is all that is needed to turn history into a violent bloodbath. The purpose of this mechanism is to have the conflicted parties look into their collective mirror and decide that their background is as imperfect as the next person’s. This exercise will demonstrate the futility in painting one group with the same brush stroke. All Italians are not in the Mafia, and all Germans are not Nazis, are two such examples.

To deny that emotion and learning are separate from each other is folly, and makes the case for the use of political correctness. Teachers and schools undertake every effort to encourage belonging. History, whether it is current or ancient, can be mishandled or misinterpreted, and result in severe classroom collisions, because it is inextricably bound to culture, ethnicity, and religion. Unlike any other discipline taught, history’s conflicts can leap off the page and cause havoc for the teacher who has underestimated its power or failed to realize the impact on students who have a connection to the content depicted. Can collisions over history be eliminated? No, but they can be tempered to a fair academic discussion, if the aforementioned mechanisms are utilized. If History is truly the crucible of how we define ourselves as a people, then we, as teachers, must ensure that the explosiveness of the elements have been concentrated enough to spark intelligent debate, rather than conflict.

This article is from Canadian Teacher Magazine’s November 2010 issue.