Hawaii: An Island of Contrasts

Long favoured by travelers from the west coast, the Hawaiian Islands are a convenient and familiar holiday destination. This group of islands offers a warm, sub-tropical climate and the security of an American location. Vacationers can choose from among the distinctly different environments that the islands present, among them the peacefulness of the “Garden Isle” of Kauai with its lush vegetation and spectacular Waimea Canyon, the sophisticated snowbird haven of Maui or the famous beaches and action of busy Waikiki on Oahu. Having enjoyed all of these, my favourite is still the “Big Island” of Hawaii. From snow-capped volcanoes to tumbleweed cattle ranches and luxurious waterfront resorts, the contrasts that this island possesses will surprise you at every turn in the road. 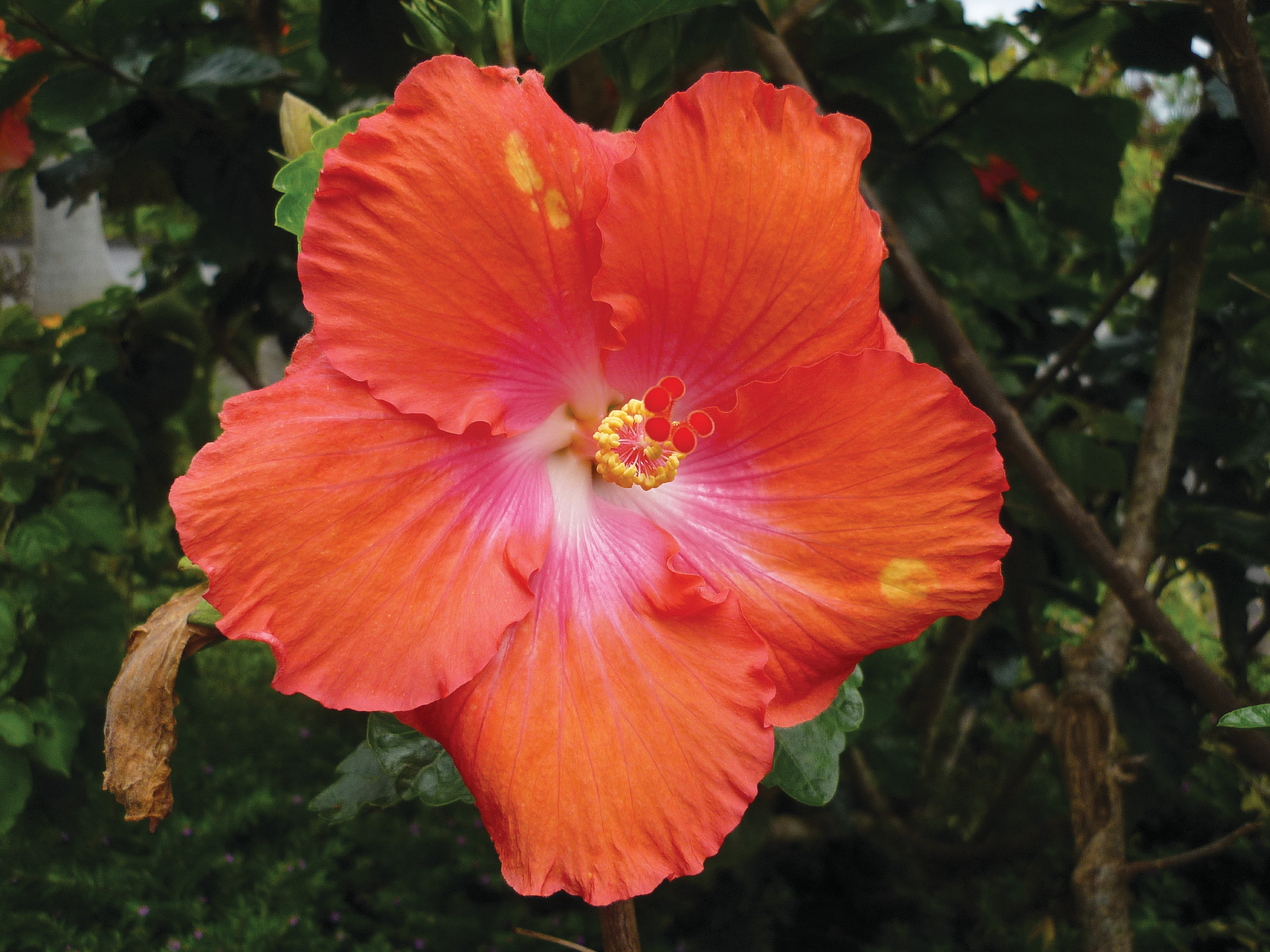 The iconic symbols of Hawaii are all here—palm trees, hula dancing, macadamia nuts and surfing— but there is so much more, ranging from the tranquil to the exotic. Here you will find an active Hawaiian culture and villages with clapboard shops dating back to the time of the earliest western settlement of the island. There are State parks that preserve the steamy forests and vibrantly coloured flowers, as well as historic sites such as the beach where Captain Cook met his end and the remarkable spectacle of Kilauea, the world’s most accessible active volcano. 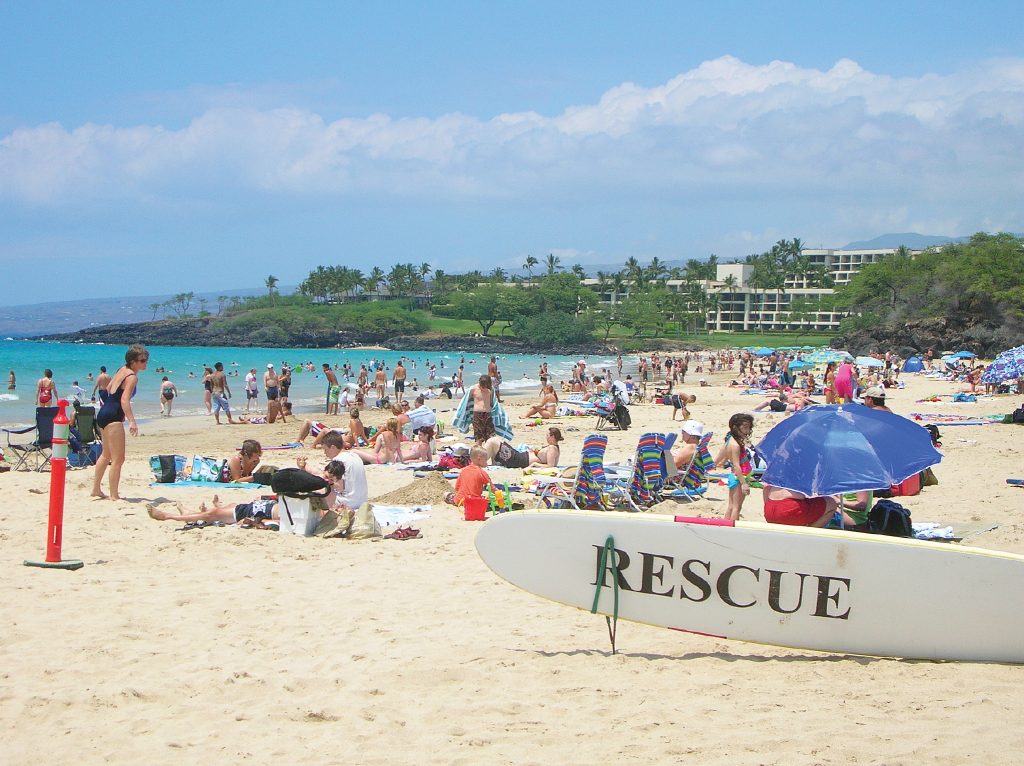 There are so many choices for how visitors can spend their time on Hawaii. It would be easy to stay at a hotel in the main city of Kailua, a twenty-minute drive south of the airport on the west coast, and enjoy the comforts and diversity of the services offered there. Or you could stay at one of the self-contained resort hotels that dot the Kona coast less than an hour to the north, with their adjoining beaches and golf courses. From either location, it is easy to access many of the local sites like the City of Refuge or St. Benedict’s Painted Church or to go game fishing or whale watching. But to truly appreciate Hawaii you need to venture out and explore. 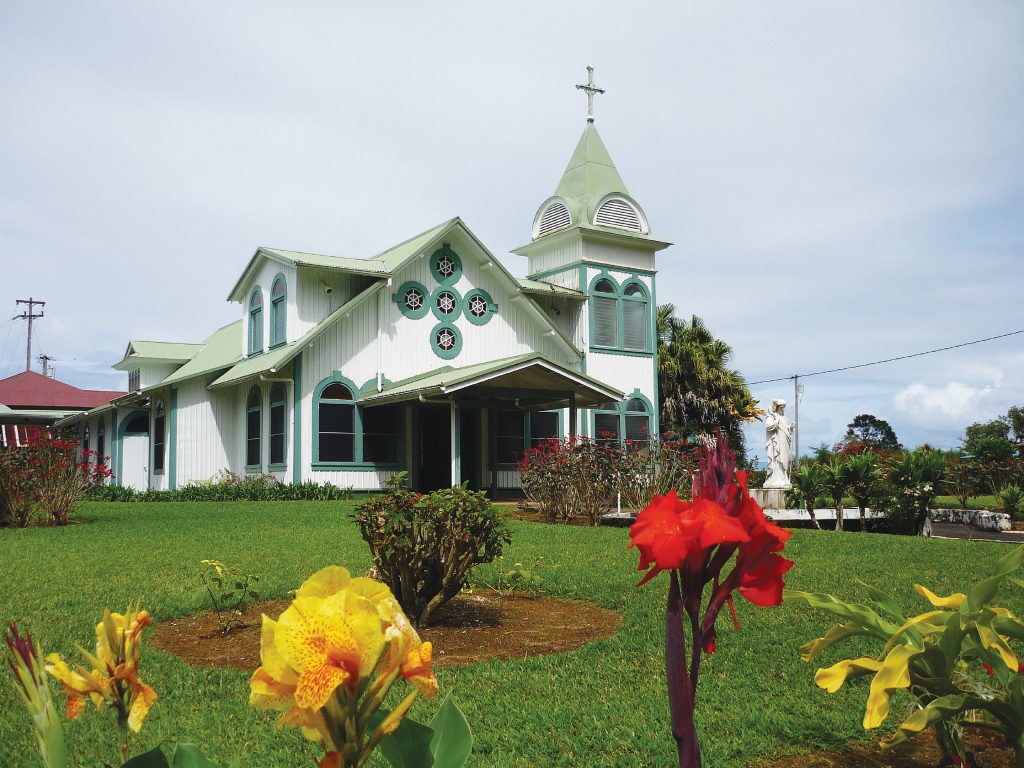 One thing that sets Hawaii apart from its neighbours is its size. It is by far the largest of all the islands in the chain and not one you could easily navigate by car in one day. And you wouldn’t want to for fear of missing the many interesting sites. Getting around the island is easy, though, with excellent highways and paved secondary roads. Rental cars are plentiful and inexpensive, and bus tours are also available. The main highway hugs the coast for most of the route, the interior being dominated by the twin peaks of the Mauna Loa and Mauna Kea volcanoes, both over 3962 metres in elevation, with their rugged lava slopes. It is these massive features that have influenced the formation of the different climates on the island. 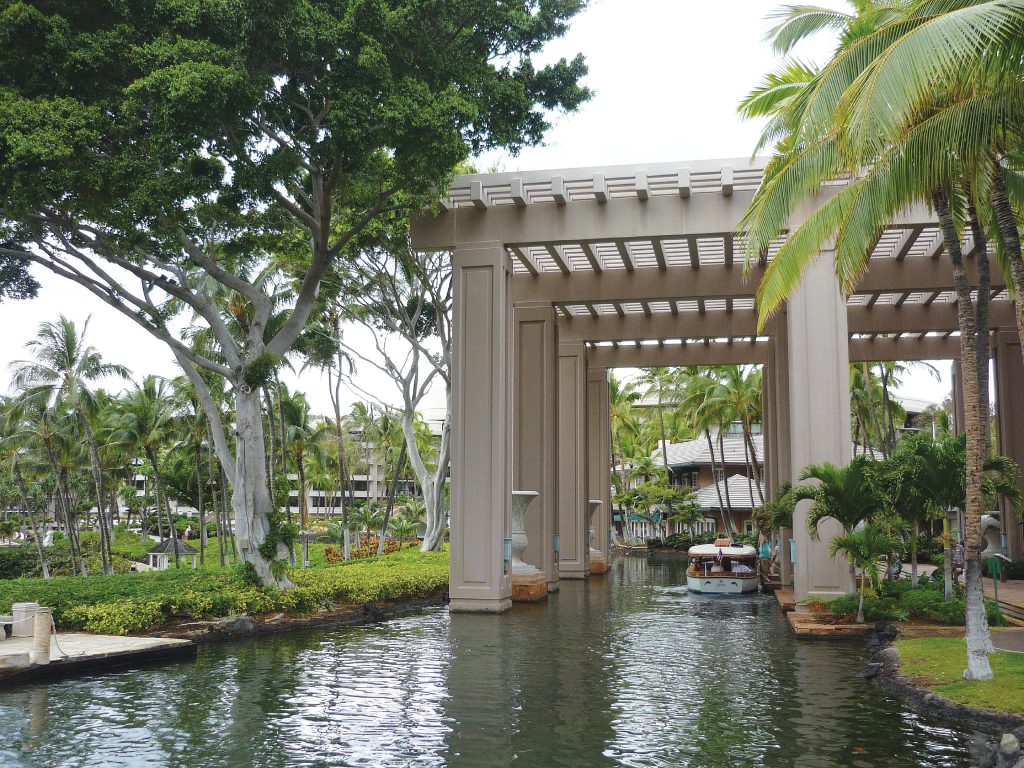 Starting from the Kailua-Kona airport on the western side of the island, travel north along the scorching Kona coast. The highway has been built atop the ancient black lava flows that long ago emanated from the two volcanoes and into the sea. This is part of the grueling route for the cycling component of the original Iron Man competition held here every October. On the seaward side of the highway, modern technology has made possible the verdant oases that surround the luxury hotels and resorts there. Premier among them is the Hilton Waikoloa Resort with its waterfalls, dolphin pool, and canal system with dock-side restaurants and ferry boats that link the distant parts of the site. There are also popular public beaches along this hot stretch of coast that runs into the region of South Kohala up as far as Kawaihae.

At this point you head higher into ranch country and the landscape changes quickly to a mix of forest and fields as you enter the more moderate climate of North Kohala. From the spectacular Pololu Valley lookout (and for the fit and energetic, a steep walk down to the valley and a step back in time) up and over the Kohala Mountain Road, the trees, wildflowers and pastures give way to cactus, rocky terrain and tumbleweeds. This is quintessential Hawaiian high country and offers southern vistas over the volcanoes, sloping lava flows and coastline. 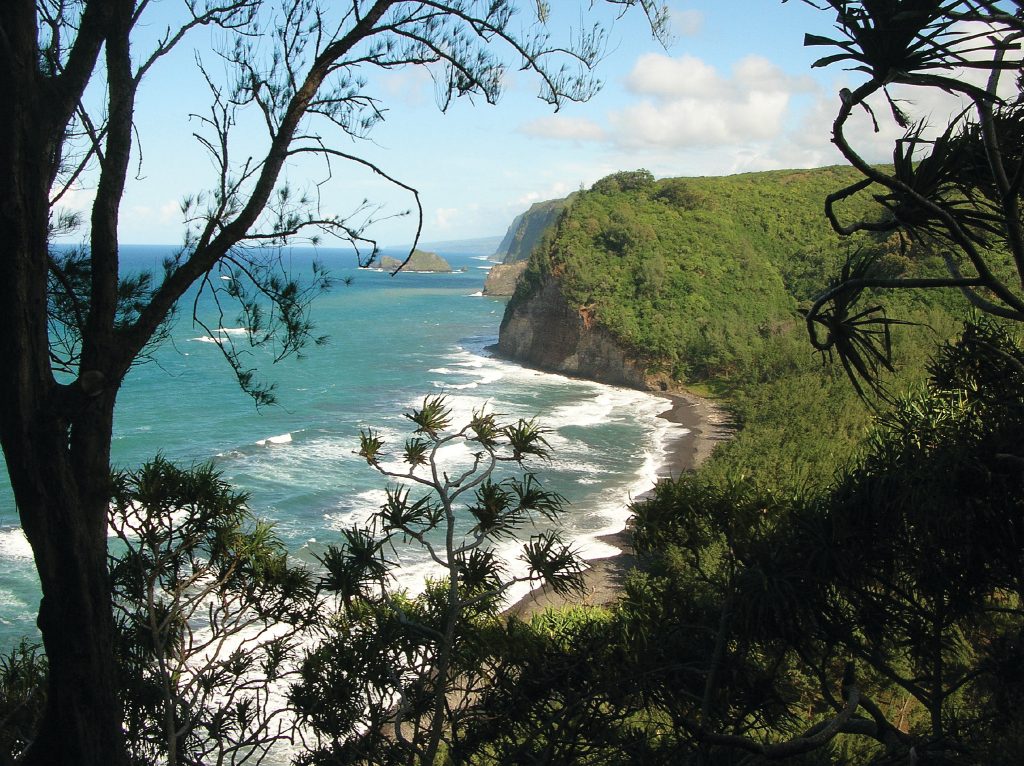 The Waipi’o Valley, the home of King Kamehameha, the island King who united the Hawaiian people under his rule back in 1810, is the start of the Hamakua Coast, the windward and wettest part of the island. The northeast trade winds deliver the rain that produces the stunning green mountainsides along the drive from Honoka’a to Hilo and supports the coffee and agriculture industries. There are lots of places off the main road to get close to the lush undergrowth and gorgeous blossoms along this scenic drive. Follow picturesque pathways through the forest at Akaka Falls State Park or the well-marked scenic route to see the Tropical Botanical Garden. 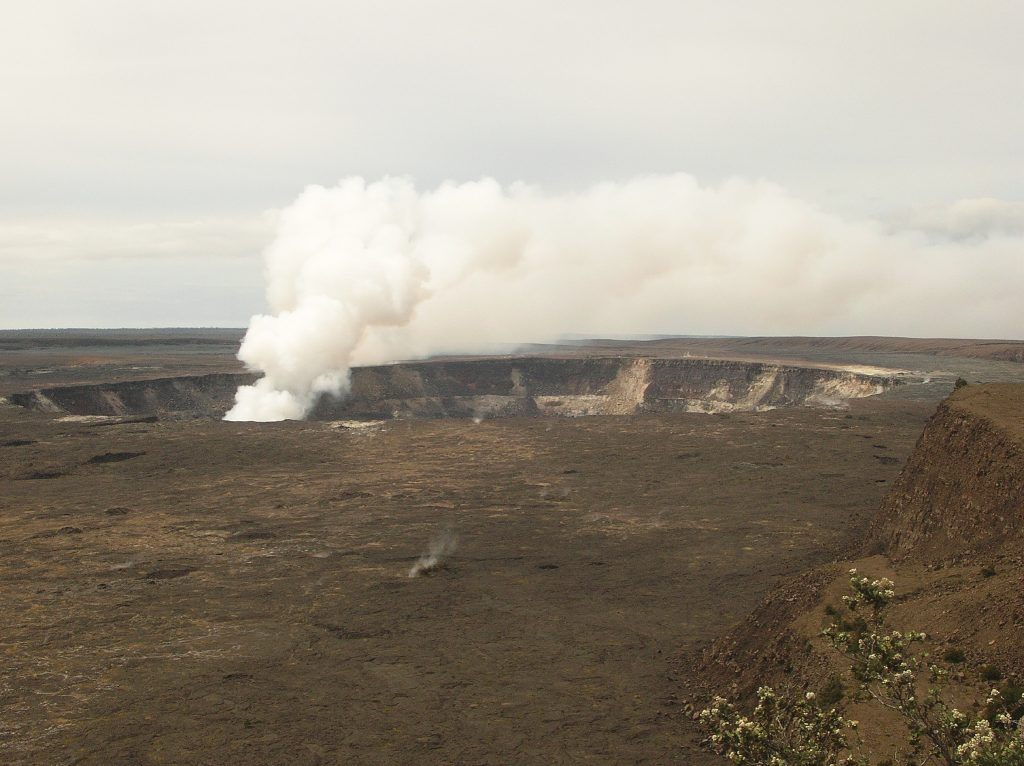 Travelling west out of Hilo you pass through miles of rainforest before emerging into the volcanic zone and the newest real estate on the island. The Hawaii Volcanoes National Park is the most unique part of Hawaii. Here, red hot lava passes miles through lava tubes, sometimes emerging to ravage the landscape before spilling out into the ocean in the longest sustained eruption in recorded history—since 1983. Be sure to drive along Crater Rim Road to see the smoking, lunar-like landscape of the gaping Kilauea caldera and visit the excellent visitors’ centre (but I would not recommend staying at the military barracks style Volcano House Hotel). View the glowing red lava at the closely managed location along the coast at night for the most impressive sight, or take a charter flight over the area for an aerial view.

The drive back to the Kona coast leaves behind the dramatic desert of the Kilauea lava flows and takes you through the green and lightly treed terrain of the most southerly part of the United States, a notable feature adopted by so many local establishments that you would have to take your GPS to be sure you got the authentic most-southerly-cup of delicious Kona coffee. Leaving the peacefulness of the countryside behind, the highway takes you back north to the city of Kailua. 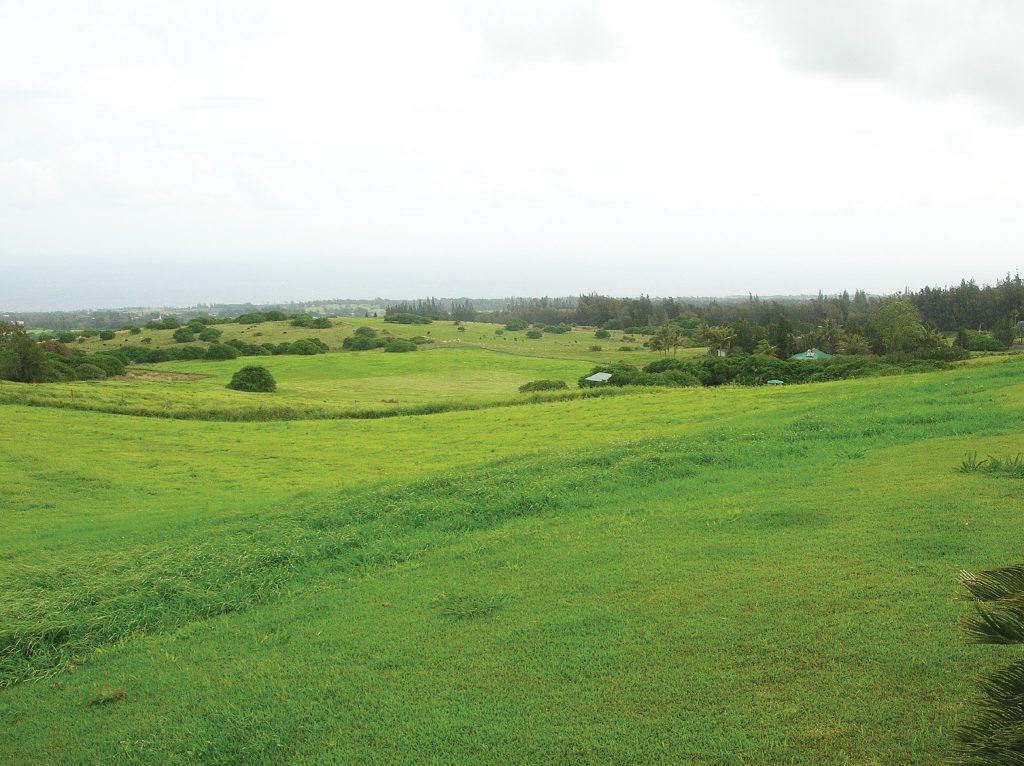 After spending three or four days exploring—more if you take the day trip to see the observatory atop Mauna Kea, go hiking or horseback riding in the Valley of the Kings or “hang loose” in your own private paradise along the way—you too will know the incredible contrasts of this island. Now it’s time to find a chair on the deck, order yourself a fruity drink, sit back and enjoy the beautiful sunset for which these islands are so well known.

Alan Boreham
Alan Boreham is a world traveler and co-author of two books—a series of South Pacific sailing memoirs entitled Beer In The Bilges and a novel entitled Two If By Sea. Blog: alanboreham.wordpress.com Web: 2ifbyseabook.com

Ideas for Using Tablets in the Classroom