Window to the World: Sharing Perspectives on Inclusive Education via Videoconference

At a time when global tensions seem to be rising, so too does the need to seek out creative opportunities for brilliant and compassionate educational stakeholders from around the world to share local best practices and respectfully engage in international dialogue. Transnational collaboration is not an easy feat to accomplish, particularly when nations appear to be far apart in terms of cultures, traditions, and language. It can be difficult to find commonalities between two nations that do not appear to have a shared history.

Still, it is imperative that we continue to seek out ways for the good people of the world to talk. An ambitious initiative between some faculty at Canada’s University of Winnipeg and Russia’s Moscow State University of Psychology and Education (MSUPE) have been attempting to meet this challenge through the use of videoconferences. This project was initiated by University of Winnipeg Faculty of Education’s Ken Reimer and MSUPE’s Dr. Julia Melnik. MSUPE’s Artem Shilin soon began to assist in coordinating videoconferences, helping to make this concept a reality.

One Russian activist for people with disabilities wisely noted in our inaugural videoconference series that all people benefit from having a “window to the world,” and videoconferencing appears to offer this. While it would be wonderful to be able to have groups effortlessly travel across the planet to personally meet those we wish to share ideas with, this clearly is not possible for many reasons. Still, the use of communication technology and television monitors provides at least a small view into each other’s worlds.

For this collaboration, politics are not discussed. Rather, the topics chosen relate to the concept of Inclusive Education. Although there are certainly differences in how each university (not to mention country) approaches this subject, there is also much common ground between the two institutions. Most significantly, participants in Moscow and Winnipeg are committed to providing a more inclusive and equitable approach to educating all young people in their schools. 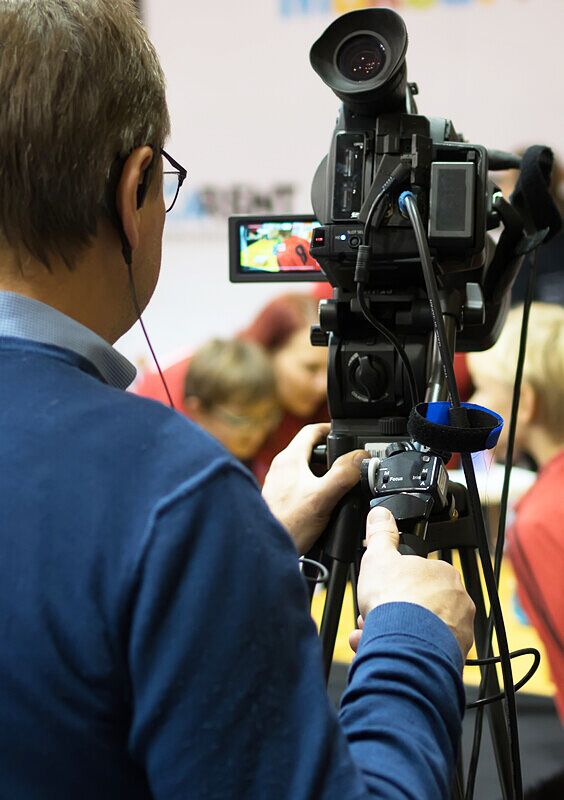 Based on our first three videoconferences, we believe that we have succeeded in meeting some of these objectives. In our February 2018 (Education of Students in Care) and March 2018 (Autism Spectrum Disorder) videoconferences, presentations were delivered by five University of Winnipeg Faculty of Education members, a Faculty of Graduate Studies Project Manager, a staff member from the Aboriginal Student Support Centre, three Faculty of Education students, an aspiring social worker, two high school teachers, and two Aboriginal Graduation Coaches. We received presentations from several Russian professors, community activists, university students, and a senior high student. MSUPE provided a translator so that we could understand each other, ask questions, and share ideas after each presentation. While these two initial conferences were fascinating and insightful, language and cultural differences caused a few awkward moments. It would be a stretch to say that we were able to connect on a deep and personal level. For two autonomous universities from two sovereign nations, the task of creating a new, shared imagination focused on inclusive education can present challenges. Shapiro (2016) examined the delicate balancing act of respecting autonomy and building affiliation when relationships are being formed. He stated, “The core relational challenge (for everyone) is to figure out how to satisfy your desire to be simultaneously one with the other party [affiliation] and one apart from the other party [autonomy]” (2016, p. 23).

While the first two conferences elicited many insights and dialogue, we spent most of the time taking turns talking at each other, and focused much of our time speaking primarily about things we do well. It was during the third conference held in December 2018 when it finally felt that sincere conversations referencing some of our shortcomings took place. University of Winnipeg Faculty of Education students Patricia Bulos and Madison Hanson each participated, along with Ken Reimer, three other University of Winnipeg professors, and one other university of Winnipeg student. The topic for this videoconference was chosen by our Russian colleagues. Roughly translated into English, the title of the videoconference was “Pedagogical Technologies of Working with North Nationality.” Essentially, this conference focused on presentations examining ways of providing inclusive educational approaches for remote, Indigenous communities in our respective countries.

During this conference, participants seemed much more at ease, more conversational, and more open to the possibility that common threads existed in our educational practices. It may have helped that the first presentation of the December 2018 videoconference presented by Ken Reimer was titled, “Creating a Shared Imagination for a More Inclusive World.” The focus of this short lecture was to highlight Harari’s (2014) insights into the power of collective imagination. This, Harari feels, is the “mysterious glue that enables millions of humans to cooperate effectively.” (Harari, 2017, para.1). It was fascinating to challenge two academic institutions from two distant countries with the task of creating a collective imagination pertaining to the concept of inclusive education.

Hanson believed that it was imperative to begin with Harari’s (2014) idea of the collective imagination, and stated the following after the conference: I think that the idea of creating a collective vision of what education can be is the right place to begin the very challenging endeavour of creating a bridge across what some might consider to be rough waters. I also think beginning with this idea helped define a common goal that set an intention for both the conference and, more generally, the relationship with colleagues at Moscow State University (of Psychology and Education). The idea of the shared imagination is especially useful in this context because it recognizes the collaborative nature of this partnership and implies that all parties are integral to the process of defining a collective vision.

As some of the formalities (and the impersonal stiffness that comes with them) began to fade away, speakers from both countries candidly expressed struggles faced in their respective countries and acknowledged historical injustices. Perhaps it is because this most recent conference focused on education in the far north—admittedly an area in which both Canada and Russia require much improvement— that this level of openness and trust was able to be reached. While it would be an overstatement to suggest that we discovered a shared history, we did discover some similar mistakes made in the past.

Bulos noted that Canada’s current efforts towards reconciliation actually were similar to MSUPE’s efforts connecting with the Indigenous population in Northern Russia. The conference also provided both audiences the core challenge of seeking ways to provide more equitable educational opportunities for all people.

Within the context of the “Window to the World” series, we discovered that it can be possible for us to share history, knowledge, and hope with people halfway around the world. It is helpful for those in the education system to take the time to situate our own education practices within an international context and to develop a strong partnership with knowledgeable colleagues. Although we think that it is impossible to foresee all of the benefits this budding connection may have, through “Window to the World” conferences, it has become abundantly clear that there is truly something very valuable to be cultivated together.

Ken Reimer
Ken Reimer (Ph.D) is the Acting Associate Dean at the University of Winnipeg. Prior to this, he has a twenty-five-year career in Canada’s public school system. His primary research interests include inclusive education and collaboration.

Madison Hanson
Madison Hanson is a third-year Senior Years Education student at the University of Winnipeg with a focus on History and Geography. She is interested in global citizenship and arts-based education.

Patricia Bulos
Patricia Bulos is a fourth-year Early/Middle Years Education student at the University of Winnipeg. She has just completed her Bachelor of Arts with a major in Geography, specializing in Human Geography, and a double minor in Psychology and History, focusing on Indigenous Studies.

Ghosts of the Mill House: New Release from Margriet Ruurs!

Shaking The World Gently: Why’s and How’s of...