Philosophy, generally speaking, is the asking of open-ended, “Why” questions, for which there isn’t really one clear answer. Philosophers wonder about human nature, our relationships with others, as well as how the universe works. Philosophy is also the practice of thinking through these questions using logical, rational, well-supported arguments. It’s about what we ask, but also how we go about finding answers.

Philosophy may not be part of the regular elementary school curriculum, but the age-old practice of asking “Why?” can serve as a catalyst for critical thinking in ways that are meaningful and engaging, even to young children. With a little practice and planning, it can be worked into almost any subject area, and even if it’s only possible in occasional, short bursts, it can still be incredibly beneficial. 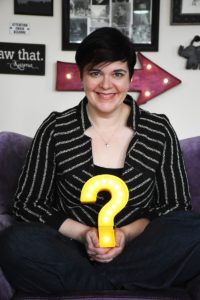 As any parent or teacher will tell you, “Why?” is an easy sell to young learners. Children are curious about the world around them and their place within it, and getting them to take on philosophical questions takes little encouragement. A very good reason to include philosophical study in classroom activities is that it’s really about meeting young learners where they already are, by way of a practice that comes naturally to them.

Practically speaking, philosophy requires little in the way of investment of resources. Manipulatives, books and technological resources already in the classroom can be used as part of a philosophical journey. Although making time for philosophical dialogue itself can be rewarding and beneficial, it can also be grafted onto virtually any subject area across the curriculum.

Most importantly, philosophy is a challenging pursuit that helps to build a number of 21st century skills, such as critical thinking, communication and problem-solving. It’s also an effective way to encourage the development of personal skills like empathy, self-awareness and global awareness.

How can philosophy be introduced into the classroom?

If time permits, philosophy can be done on its own, with age-appropriate and engaging questions. However, with lower elementary school classes, it’s often more feasible and productive to link philosophy to another subject, to make it activity-based, and to do it a little at a time.Here are a few suggestions:

Some things to keep in mind when introducing philosophy

How is philosophy assessed and evaluated?

Philosophy may represent new territory for some elementary school educators, but the benefits of working it into the classroom are numerous and lasting. For decades, there have been world-wide initiatives to establish a place for it in pre-college education, and recent studies have suggested that children who study philosophy in school tend to show improvement in a variety of subject areas. Philosophy empowers young learners and helps them to better understand themselves, their peers, their community, and the world around them. Best of all, it’s an adventure, and an enjoyable one at that.

Amy Leask
Amy Leask is an educator, writer and children’s interactive media producer. She is co-founder of Enable Education (EnableEducation.com) and founder of Red T Media (RedTKids.com). She’s a supporter of 21st century learning, an explorer of educational technology, and a firm believer that great thinkers come in all sizes.

An Inquiry Unit to Address War, Racism and...

Thank you for your post! As an elementary classroom teacher with a graduate degree in Political Philosophy, I have long advocated for the teaching of philosophy in elementary school. I teach students in grades 5 and 6 and make philosophical inquiry a regular part of our week. I have found that students really enjoy thinking about, discussing, and challenging one another in the context of moral dilemmas (usually posed by me, or as they arise from what we are learning about in class). One of the most rewarding experiences I have is watching, in real time, a student change his or her perspective on an issue after considering an alternative set of arguments. Students learn to think critically, examine a topic from multiple points-of-view, analyze and evaluate statements, make better decisions, pose interesting “why” questions, and develop more nuanced understandings of various topics. These skills are highly valuable in our ever-changing world, and easily transferable between disciplines. Again, thank you for your post and keep up the great work!

Thank you for your kind words, Dan. It’s always great to know that we are connecting with teachers in a meaningful way. Here’s a link to another article that appeared in a previous issue of Canadian Teacher Magazine that you might find interesting. It’s also about engaging children in philosophical discussions.

And perhaps you have some lesson ideas that you’d like to share with your colleagues. We welcome submissions from teachers!
https://canadianteachermagazine.com/submissions/