My YA book club read the novel The Winter Pony by Canadian author Iain Lawrence. I wanted to learn more about this author who writes historical adventures with amazing detail. Who is Iain Lawrence and what motivates him?

Margriet: You have been writing for a long time. On your website, it says: “My Grade Three teacher told my parents that I would grow up to be a writer.” What made her say that? 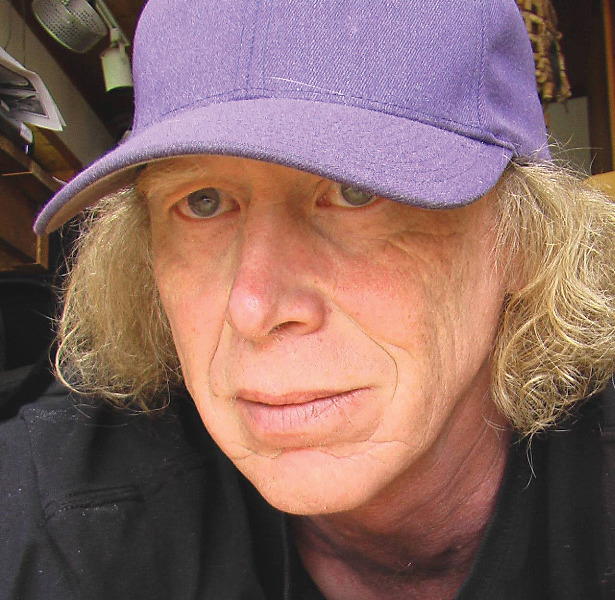 Iain: I still have a class picture and when I look at the teacher—Mrs. Lowe—I can imagine that I remember her. But I’m sure I don’t. Even my parents can’t say what prompted her to predict my writing future!

Margriet: Your books are aimed at ages 10 and up. When did you realize you enjoyed writing for young people?

Iain: When I started to write novels, adventure stories for boys were among the first things I tried. But reaction to them was disappointing, so I plugged away at adult stories, not realizing it was my own writing that needed improvement, not the ideas. Years later, I rewrote one of the early stories about a lad who survived a shipwreck. I felt that I’d found my niche. I liked the shorter length, the faster pacing, and the excitement of the story that became The Wreckers.

Margriet: When you finished high school you knew you wanted to be a writer. Why? What motivated you?

Iain: I read little fiction in high school, beyond the books I was assigned. It was torturous to dissect a novel line by line, and I remember hating some of those stories. But I wish I could thank the teachers who introduced me to such novels as The Great Gatsby, To Kill a Mockingbird,  On the Beach, and Great Expectations. Much more than I realized then, they made me see how stories were written. I remember the characters in those novels more clearly than I remember my classmates, and the stories never left my mind. Those teachers inspired me—more than they would have thought. I wish I could tell my Grade 9 teacher that I still remember, almost word for word, her lesson on characterization. I think of it nearly every day. I wouldn’t be surprised if all children want to be writers at some point. But I think it’s the lonely ones who are drawn toward it. My closest friends in journalism school had all been outcasts in high school. We had all lived in imaginary worlds.

Margriet: Do you work in schools as an author?

Iain: I just started visiting schools. I like talking about historical fiction. With one class, I showed a video from the polio wards that feature in The Giant-Slayer. I’ll be talking to another class soon about the history behind The Winter Pony, showing old photographs from Captain Scott’s fatal expedition to the South Pole a hundred years ago.

Margriet: Tell us about your first book, The Wreckers.

Iain: Its earliest version was not very good. The protagonist spent most of the story locked in a little shed while things went on around him. I put it aside and went on with other stories aimed at adults. Years later, after many rejections, I went back to The Wreckers and rewrote it completely. My agent asked for revisions, and then sold it very quickly.

Margriet: It has won many awards and accolades, including ALA Best Book for Young Adults; Geoffrey Bilson Award Winner for Historical Fiction for Young People; Nominee, Edgar Allan Poe Award for Best Children’s Mystery; School Library Journal Best Book of the Year. You couldn’t have hoped for more praise! Has all this recognition influenced your subsequent writing?

Iain: The success of The Wreckers ended my plan to write adult novels. I think it steered me in the proper direction. Ghost Boy and The Lightkeeper’s Daughter both began as adult novels that didn’t really work out until they were rewritten for younger writers. I felt sometimes that The Wreckers’ success set the bar quite high for me.

Margriet: Your latest book is The Winter Pony, told in the voice of the pony. Why did you choose to do this? Did it make it harder to write?

Iain: The Winter Pony tells the true story of James Pigg, one of the ponies taken to Antarctica by Captain Scott in his expedition to the South Pole a hundred years ago. All the ponies, including James Pigg, died before Scott was even halfway to the Pole. The story had to continue beyond the hero’s death, which seemed a bit troublesome. I decided that James Pigg would tell his own account of his adventures so that an unnamed narrator could tell the rest of the story more concisely. That created minor problems, because James Pigg hadn’t really witnessed all the events that I wanted to include. All the events in the story are true, but, in a few cases, James Pigg was somewhere else when they happened.

It was sometimes hard to remember that everything was being seen through the mind of a pony. He couldn’t be expected to understand anything technical, or to know what only the men would know. But there was advantage as well, because it allowed explanations that might have sounded clumsy in a third-person narration. His views, I think, make him seem like a child, very much at the mercy of the men. I think he turned out to be quite believable. I certainly enjoyed trying to see things through a pony’s eyes, and James Pigg became one of my favourite characters of any story. Writing his death had me in tears.

Random House has created teacher’s guides for many of Iain Lawrence’s books: http://iainlawrence.com/lawrence-guides.htm

Margriet Ruurs
Margriet Ruurs is the author of 28 books for children. She conducts author presentations in schools around the country. MARGRIETRUURS.COM

Meeting Joe Fafard – One of My Art Heroes

How Do We Teach The Heart?

Engaging Emotions and Imagination in Learning