Yemen. I’m embarrassed to admit that I had to look it up on Google. My friend Nicole Mitchell works for Oxfam GB, an International Non-Governmental Organization, in Yemen and I was trying to arrange a webcast with her so that a Grade 12 World Issues class could learn about her work.If anyone had witnessed me trying to figure out my daughter’s new iPod at Christmas they would have burst into hysterical laughter at the thought of me attempting to work out the logistics of linking up a classroom and a developmental worker in the third world. Wisely, I acknowledged my lack of expertise and sought out our school board IT specialist, Jim Carleton, at the Simcoe County Board office.

Jim was extremely patient with me as he figured out the best way to make this webcast happen. He explained that our options were a video conference, a webcast, or a program called Skype. I knew Nicole used Skype so I figured that would be our best and most reliable option. Jim convinced me to try the webcast
using a program called Adobe Connect. This would allow us the opportunity to share computer screens if Nicole wanted to show a PowerPoint or photo presentation. We would also be able to see Nicole as she presented.

Our timeline for the webcast was quite short as we had to fit it in before exams and after Nicole returned from her holiday in India. She agreed very generously to meet with us online on her first day back after vacation. 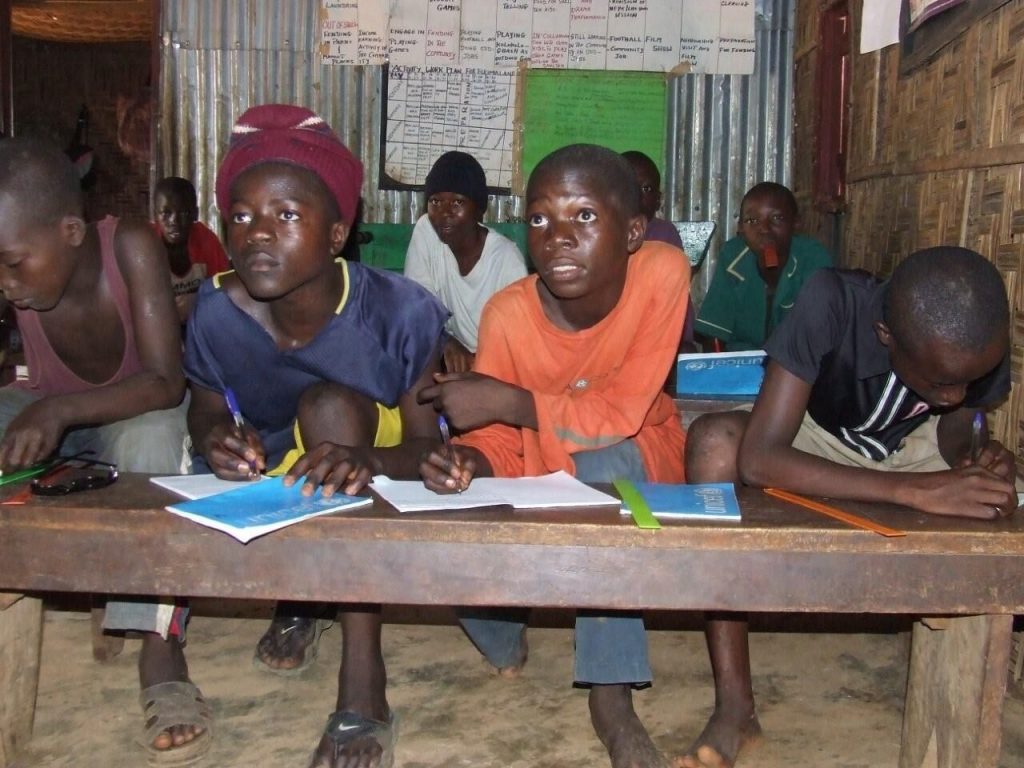 At 10 a.m. our time and 6 p.m. Yemen time, Jim, Nicole and I agreed to meet online in our cyber conference room to conduct a test. As Jim and I signed on and waited for Nicole, I was called to the phone. It was Nicole. She had been held up at work talking to a donor, but was on her way home and would be about 15 minutes late. She explained that she had to be home before dark. Oxfam insists that she be in before darkness falls because of the risk to her personal safety. One of the things that I learned is that Yemen is a fragile political state and Al Qaeda is active in the area. In fact, about a month after she arrived in Yemen, there was a terrorist bombing of the US Embassy.

After hanging up the phone, I was struck by the magnitude of our undertaking. I stood by the phone and in awe stated to some students that I had just been talking to Yemen. Later I learned that the students thought I was talking to someone named Yemen, so my big moment was lost on them.

There was some frustration during the initial stages of our quest to connect. Nicole did manage to link with us in Adobe Connect, but there was significant audio feedback due to her dial-up connection. We went to Skype as our fallback. Skype is a free program that can be easily downloaded from the Internet and is virtually foolproof. Again there was time to wait while I downloaded the program, but when we all came back online in Skype the audio problems were gone. What we decided with Jim’s guidance, was that we would use Adobe Connect for the screen function and ease of showing a PowerPoint presentation and we would use Skype as our audio/video feed. We saw Nicole in a quarter of the screen as she talked about her slides.

Three classes attended and several staff who had preparation time. As we were about to go live, I had every available finger crossed. Not only did we have to deal with all the technology on our end, we had to account for possible power outages in Yemen. There were a couple of times when power surges in Yemen interrupted our webcast, but with Skype all Nicole had to do was redial and we were back.

Nicole had originally intended for Yemeni colleagues to be part of the webcast, but because of the lateness of the time, 10:15 p.m., she explained that it was not always culturally appropriate for her Yemeni female colleagues to be out unaccompanied.

Nicole explained Oxfam’s mission in Yemen and talked about their focus on women’s development. Yemen is at the bottom of the Global Gender Gap Index (2007). This means that women in Yemen experience the most significant disparities in the world between men and women in areas such as education, health care and legal aid.

One of the most memorable parts of the presentation for the students was when Nicole showed us her pictures taken around the world on her foreign aid missions. These images brought the reality of Nicole’s work and experiences to life. She has worked in Papua New Guinea, Kenya, Sierra Leone, Vietnam and Yemen. Students were astounded by the pictures of scary creatures that she has encountered, including a spider that covered a third of a door. The photos of some of the food that she has eaten elicited many groans. She claims that beetles taste a little like popcorn and that the only food she really couldn’t stomach was a duck embryo that was cooked in its shell and then cracked open at the table.

She discussed the need to be culturally sensitive and the importance of adapting to your environment. In some parts of Yemen the average age for a girl to marry is 12. When women go out in public, the norm is to cover from head to foot in a garment called an abaya, sometimes with only their eyes showing. Yemen is one of the poorest and most underdeveloped countries in the world, and the widespread lack of opportunities for women is contributing to the country’s slow pace of development. Foreign aid workers must be very sensitive to the Yemeni way of life and must work within the parameters of their society to try to make life better for women, men and children. Education is the key. One way to effect change is by showing families that their children can have a better standard of living and health if they stay in school and delay marriage.

During her slideshow, Nicole also showed a poignant picture of several children in Sierra Leone. Their decrepit classroom was an image that I hope our Stayner students will remember from this webcast. These street children in Sierra Leone, living in desperate poverty, were absolutely beaming with happiness at being in school and learning.

Reflecting on those moments from the webcast and talking with teachers after the plug had been pulled on our cyber gathering, I was moved by the work Nicole and others are doing. Bringing the world into our rural Ontario classroom with technology was probably one of the most meaningful experiences of my teaching career.

Pam Jeffrey
Pam Jeffrey is the Teacher-Librarian at Stayner Collegiate in Stayner, Ontario.

Technology in the Classroom: Enhancing the School Experience...

The Activity Shoe: How a Simple Teaching Tool...