The Canadian Children’s Book Centre (CCBC) is delighted to announce the winners of its English‐language children’s book awards. Awarded tonight at a virtual event in Toronto hosted by CBC host Tony Kim, Julie Flett took home the title of most distinguished children’s book of the year and $50,000 — the largest cash prize in Canadian children’s literature — by winning the TD Canadian Children’s Literature Award. The winning title, Birdsong, is one of the first picture books published under Greystone’s new children’s imprint, Greystone Kids. The winning publisher receives $2,500 for promotional purposes, and an additional $10,000 is shared among the four remaining finalists for their contributions to Canadian children’s literature.  The awards event was hosted through the Toronto International Festival of Authors (TIFA). Leading up to the awards ceremony, a series of three panels showcasing the awards took place as a part of TIFA. These videos will be available on Bibliovideo, the CCBC’s YouTube channel, permanently after the festival. On October 31 and November 1, each winner of the CCBC Book Awards will read from their winning book as a part of TIFA Kids! Register for these readings today and see the full schedule at our events page. This year marks the 15th anniversary of the Marilyn Baillie Picture Book Award, which went to Small in the City by Sydney Smith, published by Groundwood Books. The John Spray Mystery Award celebrates its 10-year anniversary and was awarded to The Starlight Claim by Tim Wynne-Jones, published by Candlewick Press. Tonight’s other winners include Serah-Marie McMahon, Alison Matthews David, Tina Athaide and Natasha Deen.  Six awards in total were given out:

“It is fitting that this year’s winner of the TD Canadian Children’s Literature Award, Birdsong by Julie Flett, is all about the lasting impact of art and the people we love during a time of change,” says Rose Vespa, Executive Director of the CCBC. “This year’s events have reminded us of the power of books to connect us with others while we are apart and bring light and magic to days that may feel dark. Congratulations to all of the winners and nominees celebrated tonight. We know that young readers all across the country will be enthralled by these stories that take us through the crowded streets of Toronto, immerse us in the dark world of fashion, take us back in time to 1970s Uganda, keep us in suspense as we trudge through the Canadian wilderness, and readers will empathize with the story of a girl growing up between worlds in an immigrant household.” “Congratulations to the winner of this year’s TD Canadian Children’s Literature Award, Julie Flett, and the other recipients and finalists,” says Andrea Barrack, Global Head, Sustainability and Corporate Citizenship, TD Bank Group. “In a time of such uncertainty, Birdsong provides hope, friendship and life lessons to young readers across Canada. We are proud to support this award, along with the CCBC’s mission of early learning through the TD Ready Commitment, the Bank’s global corporate citizenship platform.” In total, $107,500 was awarded tonight, and an additional $67,500 will be awarded at a virtual event in Montreal on November 13 where the winners of the Prix TD de littérature canadienne pour l’enfance et la jeunesse and the Prix Harry Black de l’album jeunesse will be announced as a part of the Salon du livre de Montreal. Below is the full list of prizes presented, with comments from the jurors.  We are especially thankful to our sponsors for supporting and elevating Canadian books and their creators: TD Bank Group, A. Charles Baillie, the Fleck Family Foundation and John Spray. Tonight’s festivities would not have been possible without our partnership with the Toronto International Festival of Authors, who helped us bring the awards celebration to people all across the country. For the first time, the CCBC is partnering with the Centre for Equitable Library Access (CELA) on a pilot project to provide accessible formats of all books nominated for the Marilyn Baillie Picture Book Award, Amy Mathers Teen Book Award, TD Canadian Children’s Literature Award and the Prix TD de littérature canadienne pour l’enfance et la jeunesse. You can find them here. Congratulations to all of the winners and finalists!  For a complete list of the shortlisted titles, click here. Read the PDF version of this press release here and visit the online version here.

The Case of the Growing Bird Feeder 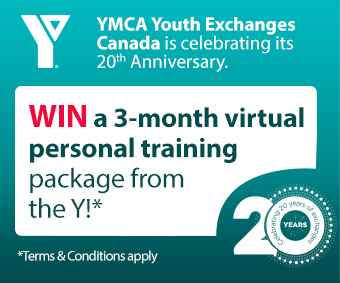