It is hard to try to maintain a sense of normalcy when isolation, closures, and cancellations are the new normal. With the school year tottering on the brink of being cut off at the knees, students, along with their parents and caregivers, are scrambling for alternatives. In the case of the 130 or so students in YONA-Sistema, the overwhelming choice for them has been to want to stay connected to their music. But that meant moving quickly for YONA staff. 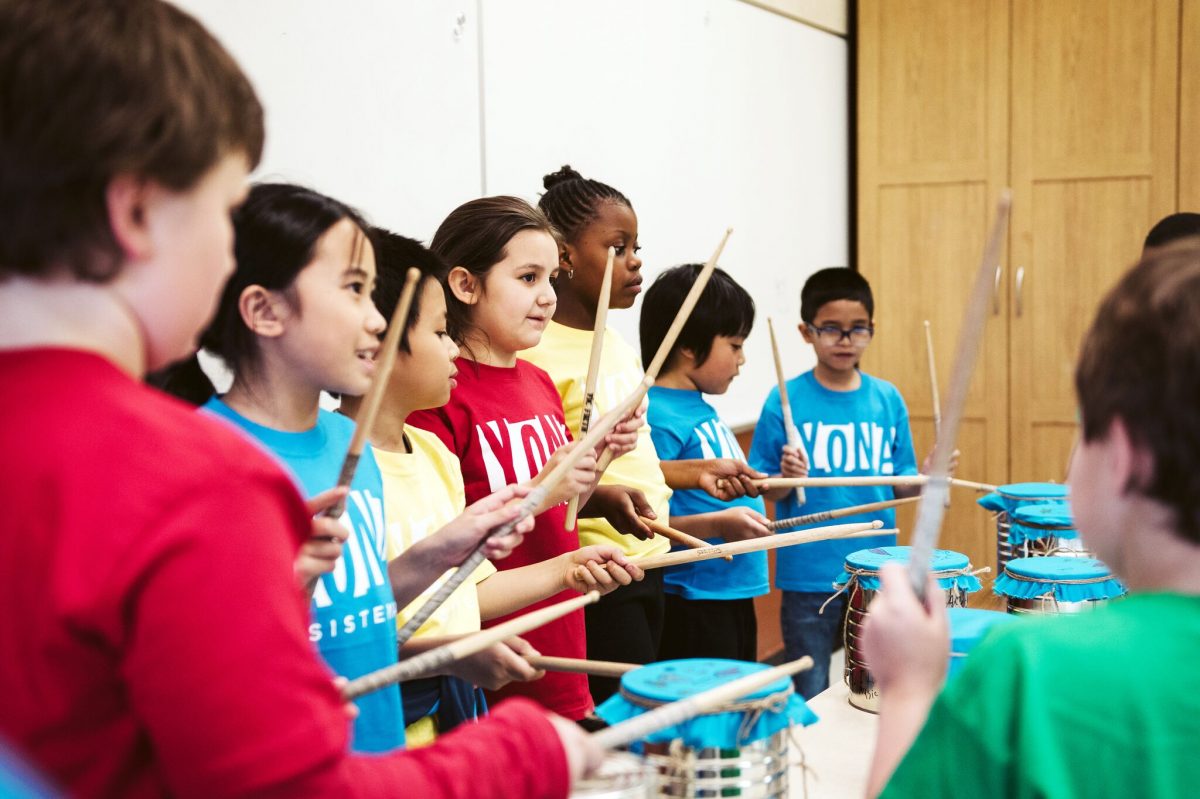 When the Edmonton Symphony Orchestra launched its El Sistema-based program in 2013, it was the fourth such program in Canada. Now in its seventh year, the Youth Orchestra of Northern Alberta-Sistema (YONA-Sistema) is touching the lives of about 150 under-served children in both Edmonton’s city centre, and at Alexander First Nation, about an hour north of the Alberta capital. The El Sistema model provides underserved children with lessons in ensemble music-making, with an emphasis not on creating musicians, but in using music as a means of social change.

With school closures due to the COVID- 19 pandemic taking place just the week before spring break, there was no time to lose. “We had a [virtual] meeting, and we said we don’t know what’s going to happen as far as if and when school will resume, but we need to plan for a worst-case scenario,” says Kristin Swirles, Site Manager for YONA at St. Teresa of Calcutta School. “And both Ms. Jacquie [McNulty] and myself had parents reaching out to us via text, or calls or e-mails, different messages but all like, ‘Hey, what should we be doing with these instruments? Do you need them back if school’s cancelled?’ But most, overwhelmingly, were asking ‘What’s going to be happening with YONA?’ So we thought we should make a plan.”

The problem would be not only the separation of YONA students from their regular music instruction and rehearsal—there was also the physical separation of instruments left behind at the schools. “If we wait until after spring break and there’s still no school—who knows?” Ms. Kristin explains. “Maybe we’ll be on lockdown by then and we won’t be able to get these instruments out.” So that’s when Mr. Nathan said, “I think sooner is better,” so we said alright, let’s just do it this week. Ms. Jacquie and I reached out to families and said, “Do you have your instruments? Does your child need their instrument? If so, you can come pick it up.” Many families came to St. Al’s to pick up instruments, and Mr. Nathan and I ran some instruments out to families who were not able to come to the school.

The response was, in Ms. Kristin’s words, “overwhelming.” The desire on the part of the students to want their instruments with them, to maintain that link to a program so clearly important to them, is clear. “A lot of our students identify as musicians, as violinists, cellists, et cetera,” opines Lauren Dykstra, YONA Lead Teaching Artist, “and having their instrument and being able to play it is really important to them.”

The big question, of course, it where it goes from here. “That’s a question that we are starting to ponder ourselves,” Ms. Kristin says. “If the rest of the school year becomes kind of virtual learning, how can we piggyback on communication from the schools to families— sort of like, here’s the learning going home from the schools, and along with that, here’s some YONA stuff. Or, what can we go ahead and start on our own?”

“The YONA team is exploring teaching over FaceTime and Zoom,” Ms. Lauren adds, “and seeing how those platforms can work for both individual and group instruction. Being able to work in groups and ensembles is such an integral part of how YONA functions, and we want to try and re-create that as best we can digitally. We’re also looking at using Google Classrooms as a way of sharing resources with our students.”

As if dealing with these challenges weren’t enough, a planned professional development trip on the part of some YONA-Sistema staff to visit their colleagues in New Brunswick happened just as the skies started to shut down, with cancelled flights and quarantines becoming the norm. “When we got off the plane, Don, our host, said ‘Well, everything’s been cancelled,’ and then we were all kind of in a state of confusion—as I’m sure the rest of the country was at the same time,” says Jacquie McNulty, YONA Site Manager and one of several members of the YONA team that left Edmonton with a much different agenda than the one they ended up with.

“So we were able to watch how they responded to everything, which was really kind of cool,” Ms. Jacquie goes on. “We could see the stress of the planners and the organizers and the teachers, and the whole time, they were such generous hosts, and welcoming to us. With the students, it was always, ‘It’s OK, we got you, we’re in a community together, we’re going to support you,’ and it was just really a great reminder that we’re all in this together, and how music is so powerful, even in times of great anxiety—and how powerful Sistema programs are, and how important they are.”

It’s not easy making positives out of the negatives, of course. While the YONA staff were there, the students in the Sistema New Brunswick programs learned that their year-end concert would be cancelled. “There was the sadness for that,” says Ms. Jacquie. “But they performed for us as their guests, and they played so well, they were on fire—so passionate, so motivating. You could tell how cathartic it was. We talked to some of the kids after, and they said, ‘We’re here to play, we’re here to make music.’ Which is a really nice thing to reflect on.”

Like many things in the next few months, the coming-together of the Canadian Sistema-inspired programs still happened—just online.“We had our first Canada-wide Sistema program meeting (March 26th), which was really great,” Jacquie explains. “This was something we’ve been wanting to do for years, to connect with other Sistema-inspired programs across the nation, and this has given us the incentive to actually reach out and do it. We connected over Zoom with Sistema New Brunswick, Sistema Toronto, OrKidstra in Ottawa, Sistema Winnipeg, and St. James Academy in Vancouver. I think we had 20 people online together chatting. We shared ideas and we also empathized with each other and supported each other, recognizing that this is tough, it’s hard, but we’re not in this alone. And that was really uplifting, I think, for us as staff, and realizing that mental health is a top concern for all of us—for our kids, and for us as staff to make sure that we’re OK.”

Just when you think you’ve planned for every contingency, anticipated every angle— the COVID-19 pandemic is something no one saw coming. It has changed, literally, everything. Well, except music. And the desire to learn. And the ability to rise to a challenge. And adaptability. And will. Come to think of it, maybe the really important stuff hasn’t changed so much, after all.

D.T. Baker
D.T. Baker is Musicologist and Interpreter for the Edmonton Symphony Orchestra, Winspear Centre, and Tommy Banks Centre for Musical Creativity. In this capacity, he writes program notes and many articles and website posts for the organizations, presents pre and post concert lectures and presentations, and helps administer many of the Education and Outreach activities.

This article is from Canadian Teacher Magazine’s Spring 2020 issue.