What is World Rivers Day?

World Rivers Day is celebrated annually on the fourth Sunday in September in many countries, including Canada. The purpose of the day is to increase public awareness and to encourage stewardship of the world’s rivers. Community events include riverside and stream clean-ups, film presentations, riverbank plantings of native species, and fish enhancement projects. 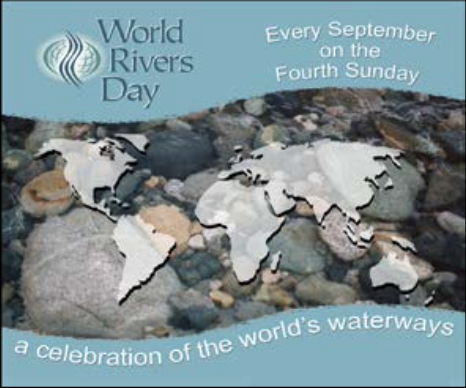 What is the history of World Rivers Day?

In 2005 the United Nations established the Water for Life Decade to help create a global awareness of the need to protect water resources. A proposal to organize a World Rivers Day was then initiated by the Canadian river advocate, Mark Angelo. His idea for the proposal was based on the continued success of the BC Rivers Day event that he had established in 1980. The proposal was approved by the UN, and organizers launched the first World Rivers Day events that year. Interest in World Rivers Day has grown and in 2021, despite the restrictions of the pandemic, the day was celebrated by millions of people in almost 100 countries.

Who is Mark Angelo?

Mark Angelo is a well-known and highly respected river conservationist, paddler, writer, and teacher. For many years he was the head of the Fish, Wildlife and Recreation Program at the British Columbia Institute of Technology. Among the many awards and recognitions that he has received are the Order of British Columbia and The Order of Canada.

Some of his initiatives include restoring damaged urban streams and creeks such as Still Creek in Vancouver and Guichon Creek in Burnaby. The 1980 clean-up of the Thompson River, in the southern portion of British Columbia, was the initial event that is now known as BC Rivers Day.

World Rivers Day provides an opportunity to involve students in conservation projects and other activities that might lead to further science and technology learning. The following are a few resources available for classroom use. 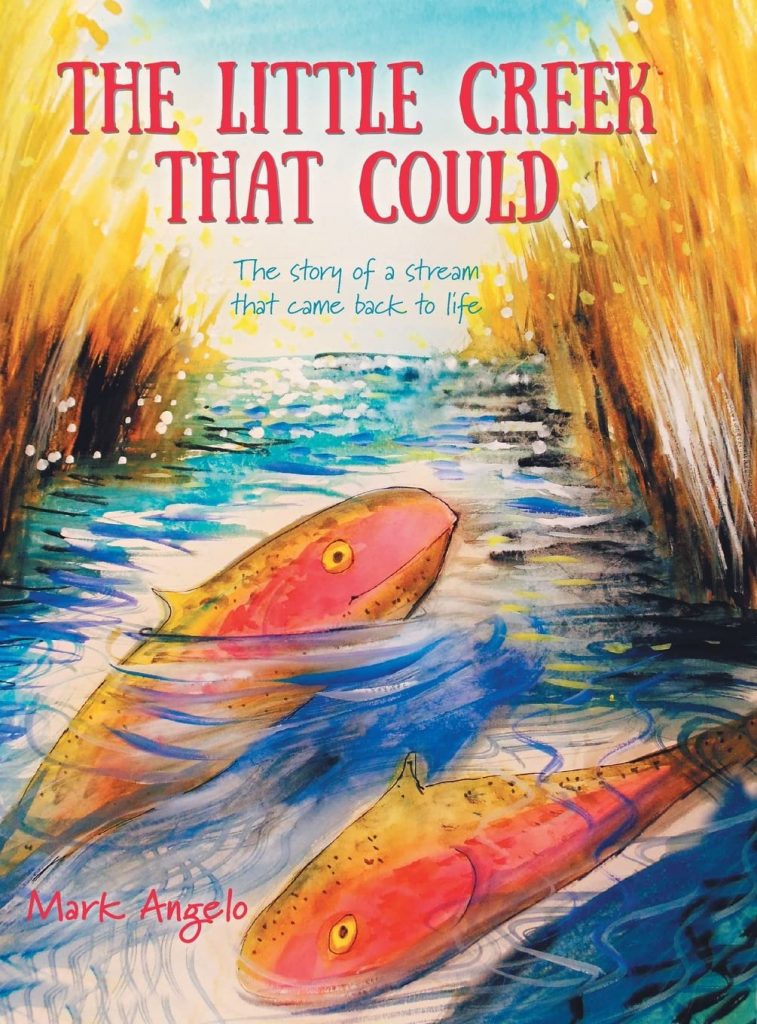 The Little Creek That Could

Based on the author’s real-life experiences, The Little Creek that Could is the story of the restoration of a badly polluted waterway. Students, teachers, and other community volunteers worked hard to make Guichon Creek, which runs through the grounds of the British Columbia Institute of Technology in Burnaby, clean enough to support a variety of plants and animals, including several fish species.

Note: There is a video trailer of the book available for viewing at: thelittlecreekthatcould.com. 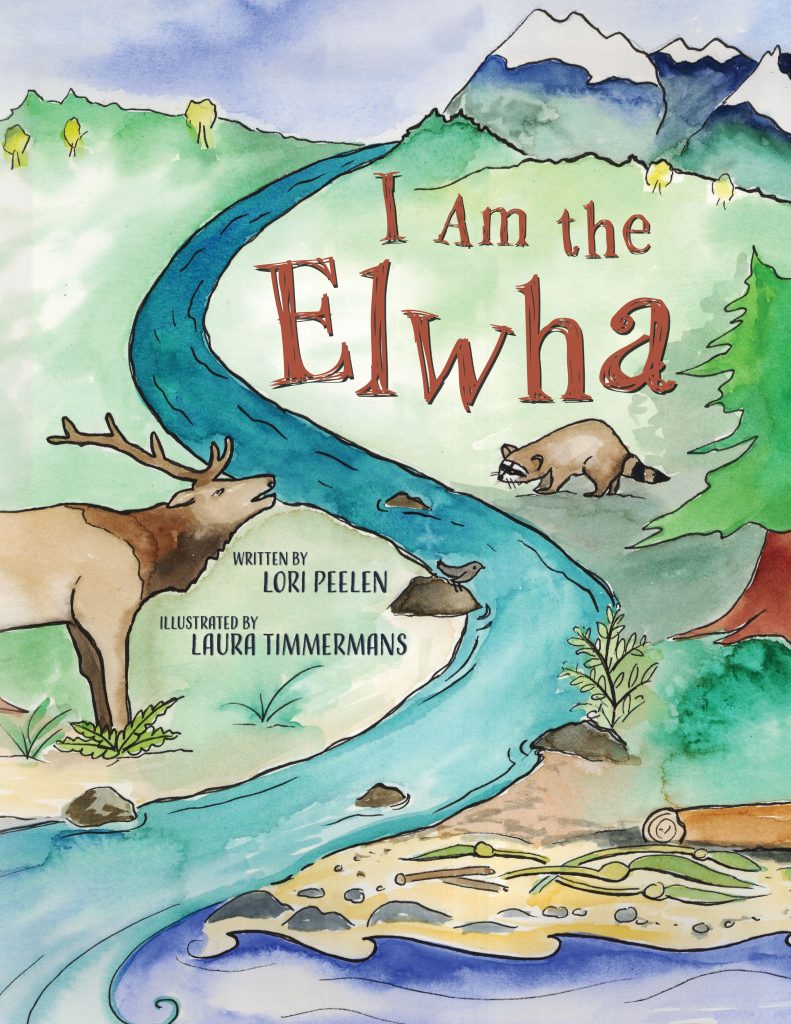 I Am the Elwha

The Elwha River runs from its source in the mountains through Olympic National Park in the state of Washington and into the Pacific Ocean. For almost 100 years the river was dammed in two places, which prevented the five species of indigenous salmon populations from spawning (Chinook, Pink, Sockeye, Coho, and Chum). In 2012 the Elwha dam was removed and in 2014 The Glines Canyon Dam was also demolished. I Am the Elwha tells the history of the river and describes the largest dam removal project to date. There are several videos about the Elwha River on YouTube. Among them are Elwha River: Dammed No More (6 minutes) and Time Lapse of Elwha River Dam Removals (2:18 min). I Am The Elwha was the recipient of the 2021 Riverby Award for Young Readers. 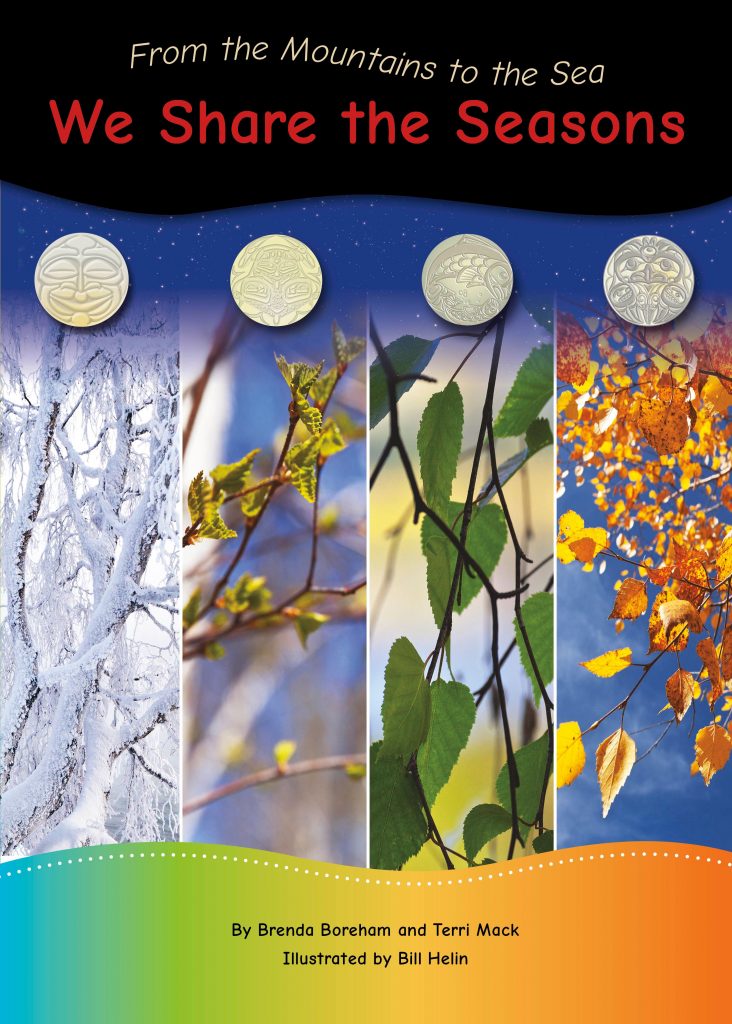 From the Mountains to the Sea

This trio of books follows the path of a river from the mountains to the estuary. We Live Here (suitable for use in kindergarten) describes the plants and animals that live in and along the waterway. Starting at the source of the river in the winter, We Share the Seasons (grade one) highlights sections of the river’s journey throughout the four seasons. We Are a Community (grade 2) follows a family as they hike along the river bank and learn about the salmon life cycle. These are “big books” and intended for a read-aloud experience, providing lots of background information and supports for educators. 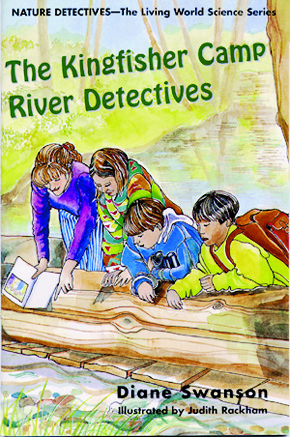 The Kingfisher Camp River Detectives is part of the Nature Detectives – The Living World Science Series. The student book has an introduction and five chapters that are brimming with information about river ecosystems. Non-fiction text features, such as glossary, index, diagrams, labels, and bold words make this book accessible to elementary school-aged readers. Combined with the comprehensive teacher’s guide, The Kingfisher Camp River Detectives is a wonderful resource for a literature-based thematic unit. 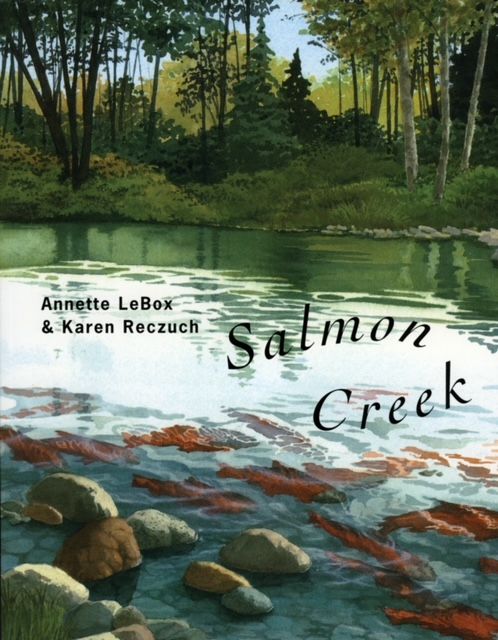 These were Sumi’s first memories:

water over stones,
the scent of creek,
darkness so complete
she could barely imagine
another world larger
than the egg case enclosing her.

And so begins this lyrical and beautifully illustrated picture book that tells the life story of Sumi, a coho salmon. Having used this book many times in primary classrooms, I know that students are captivated by Sumi’s journey downriver to the ocean and then back again, years later, to spawn. A glossary and suggestions for school and student participation in conservation efforts are included.

This is a feature-length documentary that highlights Mark Angelo’s life-long commitment to river conservation and restoration. A description of the film and a trailer are available for viewing at the website: lastpaddle.com

This film documents the stories of pollution that the fashion industry creates in the world’s rivers. Information about the film can be found at: riverbluethemovie.eco

Exploring a real ecosystem can be a powerful learning experience. The following are a few of the warm-up activities that I have used with Grade three and four students. They are designed to familiarize the students with the immediate environment. These activities could be practised in the classroom or on the playground before the field trip so that the process is familiar to the students.

Have the students sit in a comfortable spot with their eyes shut for two minutes. Have them count the number of sounds they hear. The process can be repeated several times by refining the criteria for the observations (e.g., bird sounds, animal sounds, wind, etc.)

Have the students find a place to sit outdoors and draw an x on a piece of paper to indicate where they are sitting. Have them sit still for three to four minutes and record the sounds that they hear, positioning the sounds on the paper to indicate the direction from which they were heard. They could print words to describe the sounds or draw small pictures.

Prior to the field trip, have the students bring cardboard tubes to use as “telescopes.” Alternatively, two tubes could be taped together to fashion “binoculars.” Have the students use their telescopes to closely observe a plant, a feather, a stone, or one spot on the riverbank. Isolating small sections will help students to really focus on the details of the environment.

This article is featured in Canadian Teacher Magazine’s Spring 2022 issue.

To A Canada That’s Yet To Be