On November 13, 2012, the non-profit TED organization announced that the videos on its site, www.ted.com, had been viewed over a billion times. TED, an abbreviation derived from Technology, Entertainment, Design, grew from a conference as its single activity to a program with many parts that, coincidentally, are valuable to students, teachers, schools or school divisions. Many educators already include TED talks in their lessons but there are many other ways to benefit from the almost 2 000 sessions generated by the program in the areas of technology, entertainment, design, business, science and global issues.

The TED Conference developed first as an event that brought together speakers with an “idea worth spreading.” The names of some of these speakers are recognizable globally such as Bill Clinton or Bill Gates. However, most of the speakers are virtually “unknowns” outside their fields but with a great idea to share and a passion for that topic. Many of the presentations are brilliant, making the “unknowns” very well known on TED! The videotaped talks are posted to the Internet for all to view and use as they see fit. As the banner line on the web site proclaims, TED has “Riveting talks by remarkable people, free to the world.”

The audience is the key to TED as it is the audience that spreads ideas, points out Jose Rueda, who has attended the flagship TED Conference in Long Beach, California, three times as well as being curator of the TEDxPearlRiver Event in Hong Kong. “It costs over $10,000 dollars to participate in the main TED conference in person and it is by invitation only. The opportunity to discuss what is being presented at the conferences with like-minded individuals is a truly life-changing experience.” 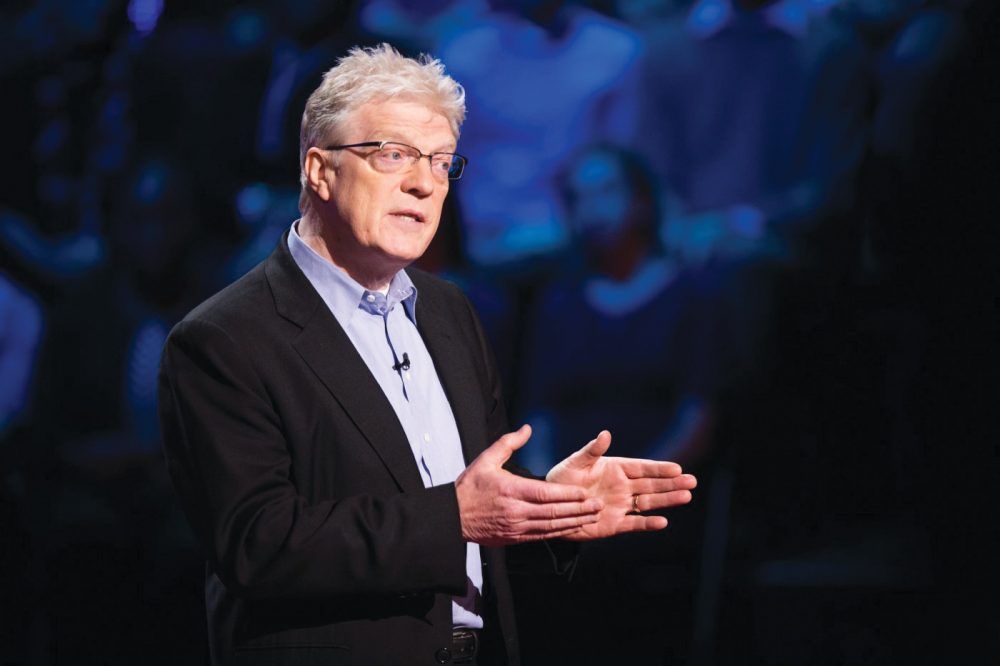 TED talks were not designed specifically for education but, serendipitously, they provide a hand in glove fit. The content is great, for sure. The presentations contain up-to-date and accurate information. The enthusiasm of many of the speakers is motivating, if not downright inspirational. There’s more! None of the speeches, including the introductions, exceed 18 minutes no matter who the speaker is. That time frame matches the attention span of most students. It also leaves enough time for a discussion within a classroom period. With each speaker coached to make the most of their limited time, the presentations move quickly, coherently, with uniform high quality. Lastly, TED content remains available on the Internet for students to use anytime and anywhere so that learning can take place at the student’s pace.

The one yearly conference has spun off a number of initiatives, most notably TED-ED, TEDx, and the upcoming, yearly TEDWomen Conference. First launched a year ago with just over 300 lessons now “worth sharing,” TED-ED organizes content from the site to be used educationally in a flexible lesson plan format. To make it easier for educators to find what they might want, TED has grouped many of the presentations into twelve categories such as “Math in Everyday Life” and “Awesome Nature.” The lessons can stand alone with either a video presentation or a high-quality animation as the centrepiece. Support materials for any given lesson presentation include a brief overview, a short quiz based on the content, additional resources and a space for discussions. These accompany the lesson video as “About This Video,” “Think,” “Dig Deeper” and “Discuss.”

A powerful and respectful part of the TED-ED approach gives educators the opportunities to change or add to the lesson, underscoring that teacher-mediated instruction remains the key to robust learning. The lessons can be contextualized to teachers’ individual situations, using the concept of “flipping a lesson.” The “flipped lesson” is created when a teacher takes a video and associated materials and decides to keep, throw away or add something of their own.

Helping organize TEDx programs around the country has been a way for educators to become personally involved in sharing the ideas worth spreading. TEDx conferences are locally created TED events, based on the TED formula but drawing speakers and audience from around a specific area such as TEDxFortMcmurray or TEDxWaterloo. In June, alone, volunteers delivered over 270 TEDx events in 63 countries with 16 of these in Canada.

Speaking at a TED or TEDx event is a great experience,” shares Les Foltos, Director of Educational Innovation, Peer-Ed, located in Seattle. “I spoke about peer coaching at the TEDxManitoba event because it is critical to understand that accountability may drive improvements in teaching and learning but educators hold the key. Well-prepared coaches can help colleagues adopt the kind of innovative strategies so they can offer their students technology rich, 21st century learning activities. I reached thousands of educators between the live audience, the audience for the webcast and the video that was posted to YouTube.”

Understanding that there is great potential in the TEDx model as a learning experience, teachers and others with an interest in education have been organizing “TEDxYouth” conferences. Some of the conferences such as TEDxYouthFortGarry have students with an idea worth spreading as presenters. Others use the TED materials as a focal point for students to discuss and learn from. Lastly, there is a TED Fellows program for students, aged 18 and over, to become part of the movement early in their adult years.

Nudging our colleagues to use TED and TEDx materials usually churns up a “love/hate” situation. They love us because we have turned them on to a fantastic educational resource; they hate that they are addicted to their TED talks. One of them now cancels television for one night per week and each of the four family members have to find a TED talk they share with the rest of the family. Even Netflix now carries TED Talks!

Exploring TED TED
Talks, Ideas Worth Spreading, http://www.ted.com/
The introductory page for TED site with information about all the programs and the beginning point to find presentations for the topics you are interested in.

A Taste of TED
http://www.ted.com/pages/tasteofted
A four and half minute introduction to the program.

Sir Ken Robinson
www.ted.com/talks/ken_robinson_says_schools_kill_creativity.html
This “legendary” talk on creativity in schools, being both insightful and entertaining, is a great introduction.

Hans Rosling
www.ted.com/talks/hans_rosling_the_good_news_of_the_decade.html
The presentation, “The Good News of the Decade,” is shared as an example of the wide range of talks. This one clarifies statistics about child mortality rates globally.

TEDxManitoba 2011
http://tedxmanitoba.com/2011/schedule
The schedule for this event provides insight into what a TEDx Conference is like.
Les Foltos’ presentation referenced in the article is at www.youtube.com/watch?v=EXtT7p0UJ_U with all the other speakers’ talks from TEDxManitoba searchable on YouTube by the speaker’s name.

TEDxYouth
http://tedxyouthfortgarry.ca/
TEDxFortGarry Youth is an example of what a TED conference featuring youth as speakers can be like. From this site, you can link to each of the speaker’s videos on Youtube.

TEDWomen
http://conferences.ted.com/TEDWomen2013/
This has been a yearly TED event since 2010 during which time outstanding female speakers address issues of most interest to their gender. It will be December 5 this year.

Norman Lee
Norman Lee is the co-author of two textbooks, Technology the Routes of Engineering and People Through the Ages, as well as being a career-long educator. He is currently the Chief Operating Officer for Canadian Education Intellectual Properties, located in Winnipeg.

This article is from Canadian Teacher Magazine’s Jan/Feb 2014 issue.

Take a Stand Against Bullying for a Safe Learning Environment