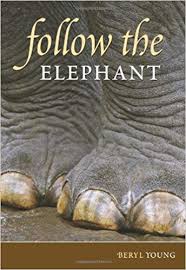 “Get out of my room!” These are the opening words of the novel, spoken by thirteen-year-old Ben. He is angry. Everything has changed since his dad died of lung cancer. He is mad at his sister Lauren. She is always telling those dumb knock-knock jokes. How could anything be funny now? He is mad at his mother. She mopes around the house and spazzes out when he spends time on the computer. Why not play computer games? You never had to think sad things when you were fighting an alien on Battlefront. He is particularly mad at his grandmother. Without consulting him, she has bought him a ticket to India. She expects him to take a trip with her to search for her childhood pen pal, Shanti. What was she thinking? No thirteen-year-old boy would travel anywhere with his grandmother! Eventually he relents. After spending his first family Christmas without his father, Ben finds himself on a flight to Delhi.

The rest of this novel is divided into a chapter for each day of the trip. As the two characters travel from place to place on their search for Shanti, the reader is able to view India’s great diversity through the eyes of this young boy. Ben makes connections to some of the people that he meets and finds himself inexplicably drawn to the elephant, and to the elephant-headed Hindu god, Ganesh. He gradually begins to cope with his sense of loss and is able to shift his perspective on his family relationships and strengthen his bond with his grandmother. The literal and spiritual journey is complete when Ben and his grandmother reach the source of the Ganges River and find Shanti.

This is a good book to use as a springboard for discussions (coping with loss; Muslim, Hindu and Christian faiths) and would be an excellent choice for Literature Circles. Reading comprehension strategies that are well supported include making connections, and making inferences.

This review is from Canadian Teacher Magazine’s Sept/Oct 2011 issue.

The Big Book of Hockey for Kids