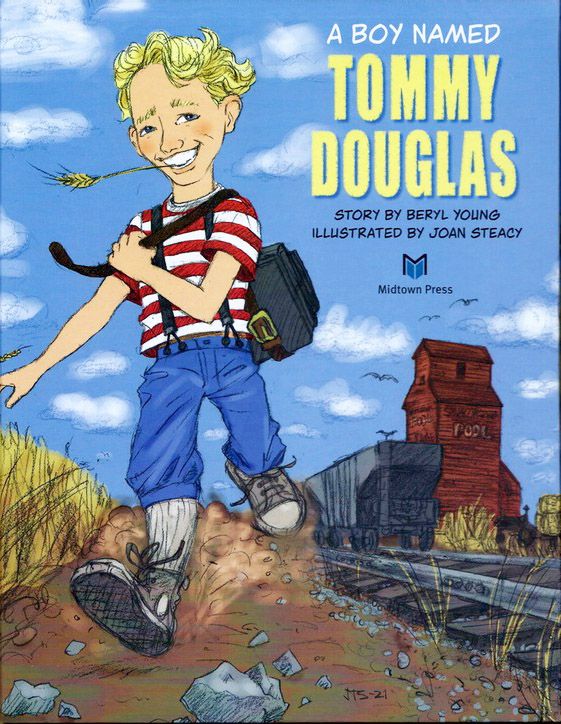 Tommy Douglas, a principled man with strong leadership and debating skills, is acknowledged to have played a pivotal role in the introduction of medicare to Canada. This short biography begins by describing a knee injury that Tommy sustained at the age of seven. As his parents could not afford medical care, the injury worsened and infection set into the bone. At the age of ten, Tommy was saved from a leg amputation when a surgeon offered to perform a series of three surgeries at no cost to the family. The book then traces the boy’s recovery period, his teen years, and his experiences
as a minister in Weyburn, Saskatchewan. The last few pages describe how Tommy’s early experiences influenced his passion for social justice and shaped his political career.

Classroom Connections: A Boy Named Tommy Douglas is a well-written book with double-page illustrations that support the text and help to create a sense of time and place. Fluent readers in the late primary and early intermediate grades should be able to read the book independently. It would also make a good read-aloud and discussion book for younger students. Reading strategies that lend themselves to this title are: making connections, asking questions, and inferring.

This review is featured in Canadian Teacher Magazine’s Winter 2023 issue.

My Left Skate: The Extraordinary Story of Eliezer Sherbatov

From the Editor: Shining a Light on Great Books – Winter 2023