What Is World Space Week?

In 1999, the United Nations General Assembly designated October 4 to 10 a time of international celebration and recognition of science and technology. These dates commemorate the following events:
• October 4, 1957: The launch of Sputnik 1 (the first man-made satellite)
• October 10, 1967: The signing of “The Treaty on Principles Governing the Activities in the Exploration and Peaceful Uses of Outer Space, including the Moon and Other Celestial Bodies”

Where Is World Space Week Celebrated?

The United Nations, with the help of the World Space Week Association (WSWA), heads a worldwide team of national coordinators. The coordinators are responsible for promoting the celebration of World Space Week within their own countries. Many volunteers support these initiatives at the local level.

How Is World Space Week Celebrated?

World Space Week features events hosted by schools, museums, planetariums, astronomy clubs, space agencies, etc. In 2019, over 8,000 events were held in 96 countries to celebrate the theme “The Moon: Gateway to the Stars.” The theme for 2021 is “Women in Space.”

World Space Week provides educators with a great opportunity to involve students in space projects and activities and to spark their interest in further science and technology learning. There are many resources available to teachers for use in the classroom. The following are just a few.

This handy fold-out guide to the night sky is heavily laminated to make it “dew proof.” Perfect for student or beginner star gazing, this guide is arranged seasonally and features major constellations and other objects that can be identified with the naked eye. Instructions on how to use the guide are included. Available at: earthskywater.net

The Canadian Space Agency was created in 1990 by an act of parliament. The headquarters are located in Longueuil, Quebec. The agency employs 686 people and has an annual budget of $421.1 million.

Come Back to Earth, Esther!

In her first book as both the author and illustrator, Josee Bisaillon introduces a space-obsessed little girl named Esther. Esther’s biggest wish is to “travel on a spaceship, visit the Milky Way, discover constellations, and, of course,
walk on the moon.” A wonderful read-aloud for primary classrooms, this book provides many opportunities to involve students in lively conversations and science-based activities and projects.

Big Bear is one of the stories told by the Kanyen’keha:ka people (one of the six nations that comprise the Haudenosaunee). The story about this group of stars changes as the seasons progress.
Note: This book is also available in French.

I have used this book as a read-aloud in primary classrooms many times! It tells the story of two sisters walking out into a still, northern night. As they climb the hill behind their house, they are met by a rabbit, a deer, and a coyote. At the top of the hill they stop to make snow angels in the deep snow. As they lie there looking up at the sky, they are welcomed by the arrival of the Sky Spirits—the Northern Lights. 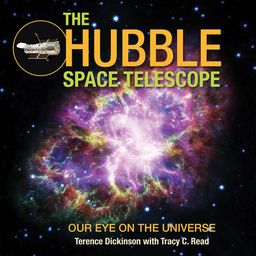 Suitable for ages ten and up, this book is packed full of information about the Hubble Space Telescope, our solar system, the Milky Way Galaxy, galaxies beyond the Milky Way, and a brief glimpse of deep space. Every page is illustrated with stunning photos taken from the Hubble Telescope. Readers are supported by charts, diagrams, detailed captions, labels, fact boxes, and a glossary. This book is well-written, tightly organized, and well designed. 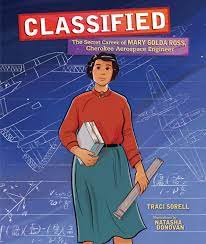 In 1941, Mary Golda Ross left her teaching career and became a mathematician for the Lockheed Aircraft Corporation. With the company’s help, she completed her engineering degree, and, in time, she became Lockheed’s first Native American female engineer. Mary drew on her traditional Cherokee values throughout her career:
• gaining skills in all areas of life
• working cooperatively with others
• remaining humble when others recognize your talents
• helping ensure equal education and opportunity for all
Mary worked collaboratively with a secret task force on projects such as weather satellites and design concepts for space travel (later used in the Apollo space program). Written for children ages 7 to 11, this picture book supports young readers with a variety of non-fiction text features such as a timeline, illustrations, captions, a map, and bold words. 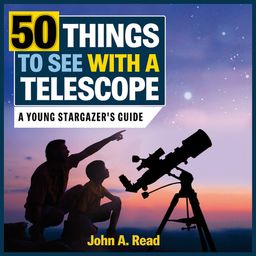 The purpose of this book is to introduce young people to stargazing. Clear instructions are given on how to use the book, how to choose the right equipment, and how to get started. Each of the six chapters highlights objects that can be seen in the night sky year-round or seasonally. Some of these objects can even be viewed without a telescope or binoculars. The book is well organized and supports intermediate level readers with non-fiction text features such as a glossary, maps, photographs, labelled diagrams, and fact boxes

The NASA website offers many educational resources including videos of the Hubble Space Telescope: nasa.gov

What is the Canadarm?

This short video gives a brief history of the Canadarm and explains its purpose. youtube.com/watch?v=cRt8cH1iMp4

The Canadian Space Agency website has a great selection of videos to choose from, including this one that is sure to peak student interest! youtube.com/watch?v=3bCoGC532p8

Brenda Boreham
Brena has 35 years of classroom experience. She has presented workshops on literacy strategies, and has written a number of resources for teachers. She remains passionate about matching up kids with book.

Widening the Lens on Behaviour