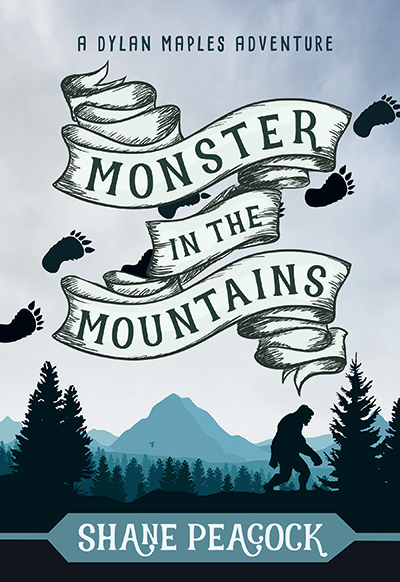 British Columbia is filled with all kinds of mysterious cryptids. Ogopogo of Okanagan Lake, Cadborosaurus that haunts the coast, and the legendary sasquatch that stalks the dense, wooded forests. So when Dylan Maples learns that his family is going on a road trip to Harrison Hot Springs, he knows he is in for an adventure.

When Dylan and his parents arrive in the resort town he meets his estranged Uncle Walter Middy. Dylan learns that his uncle is a local legend, being one of the best sasquatch hunters the town has ever seen, but when Dylan asks him about the cryptid he always ignores the question. Dylan is growing curious as to why his uncle won’t talk about the sasquatch and decides to figure out why. With the help of a new friend, Alice Emily Carr, Dylan sets out to solve the mystery of the sasquatch.

My favourite character in the story was Walter Middy. He was a very fun and interesting character. Walter had joined the circus at a young age and ended up owning his own circuses before retiring. He was also a big fan of 60s music, which I can relate to. Walter was a good and knowledgeable role model for Dylan while he was on vacation.

My favourite part of Monster in the Mountains was when Dylan and Alice followed Walter into the woods and discovered his subterranean sasquatch hunting base. The base had a secret entrance under a stump which Dylan and Alice had to jump down to enter. Once inside they discovered a room decorated with psychedelic art and pictures from Walter’s circus past. When Walter discovered that the kids had followed him, he gave them a tour and led them through a tunnel to a cool tower built into a hollowed tree.

I would recommend this book for anyone who likes adventure and is interested in folklore and cryptids.

A Giant Man from a Tiny Town: A Story of Angus MacAskill

The Horse of the River