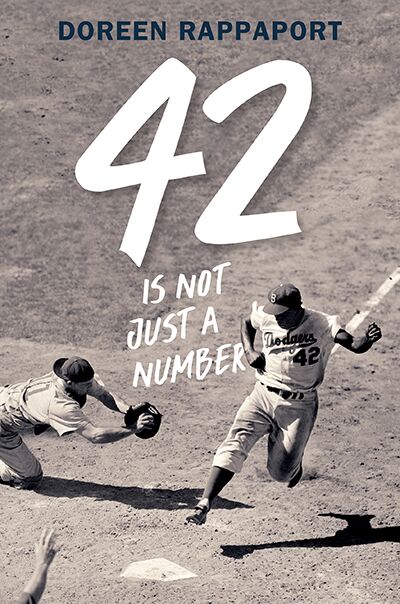 42 Is Not Just A Number
The Odyssey of Jackie Robinson, American Hero

Jack Roosevelt Robinson was an exceptionally gifted multi-sport athlete growing up in California during the interwar period. In fact, at UCLA, in one year he lettered in four different sports (baseball, football, basketball, and track). Robinson was also African-American, so his path to playing professional sports was blocked by Jim Crow laws and societal expectations. After a brief stint in the Negro Leagues, “Jackie,” as he was eventually dubbed by sports writers, was selected as a test case for integration. He first played minor-league baseball for the Montreal Royals in 1946, then suited up for the Brooklyn Dodgers the following year. Despite abuse on and off the field, number 42 proved to be a real threat—being one of the top hitters and base stealers in all of professional baseball for a decade—and an attraction for millions of fans across the nation. As Rappaport shows, Robinson’s refusal to take the bait offered by racists did not come easily, but his fearlessness, dignity, and athletic ability helped pave the way for integration across America in the years to come.

Classroom Connections: This is a well-written work (award-winning author Doreen Rappaport happened to be a 10-year-old fan of the Dodgers when Robinson was at his peak) that includes an author’s note, timeline, source notes, a selected bibliography with additional book and website connections, and a complete index. The website for Candlewick Press has links to an audiobook sample and author’s note found in the work, as well as eighteen additional discussion guide questions prepared by librarian Kathleen Odean.

A Giant Man from a Tiny Town: A Story of Angus MacAskill