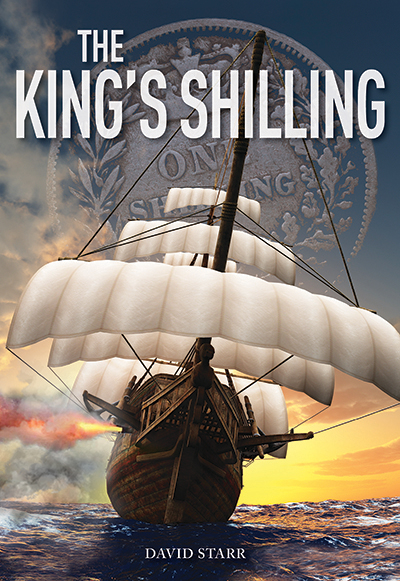 David Starr’s second novel dealing with the young protagonist Duncan Scott finds the former North West Company adventurer serving aboard the British warship HMS Cerebus as it plies the seas seeking Napoleon’s fleet in the Baltic and Mediterranean. Eighteen-year-old Scott, who left Canada for England to search for his sister, finds himself pressed into service and suffers through the trauma of various battles as a naval gunner, before finally escaping to Malta and then home. At the book’s end, reunited with his sister Libby, Scott decides to return to Canada since “once a Nor’Wester always a Nor’Wester.”

Classroom Connections: Students can engage with this exciting piece of historical fiction in a variety of ways. Life on an early nineteenth-century ship (including food, work, medicine, and class concerns) are all treated in some depth by Starr, and comparisons/contrasts with modern living conditions could be detailed. Readers could also write letters from characters’ perspectives, chart the trail of Scott’s adventures on a map of the region, or even investigate the lives of actual historical figures who make appearances throughout (such as Quaker philanthropist Elizabeth Fry and Viscount Castlereagh at the Colonial Office).

This review is from Canadian Teacher Magazine’s Fall 2018 issue.

Timesavers for Teachers (Book 1 and Book 2)