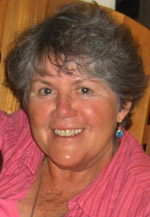 Each book I read by Norma Charles is a well crafted, thought provoking story. I always get into her characters and plot right away. I asked Norma Charles some questions about her writing.

Margriet: Before you became a writer, you were a teacher and a teacher/librarian. How do these jobs reflect in your work as writer?

Norma: I’m passionate about students learning to read because I think the ability to read is key to becoming an educated person. If a child loves books, he’ll naturally want to learn to read. The best way children learn to love books is by reading aloud to them. So as a teacher, I read to my students as often as I could.

While I was teaching in an inner city school in Vancouver, some students had the habit of arriving late. I found that if I started our day by reading a chapter of our on-going novel, these students stopped being late. They didn’t want to miss any part of our exciting adventure. So our day always started with reading.

Being a teacher/librarian combined my favourite things: kids, books and reading. I read as many books as I could so I knew what I was talking about.

Once a student asked, “Have you read every single book in this library?”

And I surprised myself by answering, “Yes, I think I have.”

While reading all those books I developed such a keen love for children’s literature that I decided to try my hand at writing. After I’d written a few books, I wanted to write more and more. For quite a few years, I was writing and teaching but found I couldn’t keep doing both. So in the end, I reluctantly decided to leave teaching and become a full-time writer.

Margriet: Where does the inspiration for your stories come from?

Norma: The inspiration for many of my stories comes from events that happened while I was growing up, as in my Sophie books. Other stories are inspired by my children, grandchildren or students. My first book, See You Later, Alligator, was based on a friendship that my son had when he was around four. Whenever he and his friend parted, one would say, “See You Later, Alligator.” And the other would reply, “In a while, Crocodile.” Until one day… You will have to read the book to find out! Some of my books were inspired by newspaper articles, or by asking myself, “What if?” Such as, what if my father were kidnapped right in front of my eyes and I didn’t trust the police, where would I go for help? This thought was the inspiration for my recent novel, Run Marco Run.

Margriet: Please tell us about your writing process.

Norma: I try to write every weekday, from about 9 to 5 except when I’m travelling. Then I write copious notes about the trip which I often use in my stories, including All the Way to Mexico and its sequel, The Girl in the Backseat. Also, my latest book, Last Chance Island was inspired by a trip to Ireland. We spent a month travelling on the wild west coast, exploring windy beaches and desolate islands. It was so beautiful and magical that I thought, I must set a book here. It was unusual that the idea for a book came from a setting rather than story or characters. I wondered what story could I tell that could have happened on that magical Irish coast. I thought of a story my author friends, James Heneghan and Sonia Craddock and I had worked on years ago as a TV script. When Sonia died, we abandoned the project. But the story stuck with me over the years. It haunted me. I thought it was a story that had to be told. I asked James if he wanted to write it with me as we did with our book, Bank Job. But he said no, and told me that I should go for it myself.

It turned out to be one of the hardest projects I ever worked on. I just couldn’t make the original story fit. It felt like forcing a square peg into a round hole. Finally, I finished the manuscript and sent it to the publisher. “Oh no,” came the reply, “we could never publish this book.”

“Your main character, Spike, is the problem,” he said. “No one would want to spend 250 pages reading about such an unappealing character.” OK, I told myself. Back to the drawing board. Before starting a major rewrite, we travelled to Africa, meeting many proud and wonderful people, visiting markets and remote villages. I walked on warm, red soil and felt the hot sun on my shoulders until I thought, OK. Now I can tell Kalu and Aisha’s version of the story. I started the book with those characters, two young Africans who had lost everything. I alternated their story with Spike’s, a Canadian teen sent off to a desolate Irish island to live with a distant aunt. Finally, I was pleased with the story so I submitted it to the publisher again. The response this time was positive: “We should share this book with the world,” the publisher said. And we did.

Margriet: What is next for you?

Norma: Harry Jerome! The Fastest Man in the World, my working title, with Red Deer Press. It’s a novel inspired by the life of a sprinter who grew up in the 50s and 60s in North Vancouver. He was a shy boy who struggled to become someone worthy of respect. In the end, through hard work and incredible determination, he succeeded, and became a leader and spokesperson for Canadians of African heritage. I was inspired to write this book because I saw Harry run in the 1960s. It was like a vision. His stride was so seemingly effortless and smooth. And he was so very fast. I’ve done a lot of research about him including interviewing his sister, his first coach, and his best friend. The more I learnt about him, the more intrigued I became. How could an ordinary young man who was born on the prairies and grew up in North Vancouver become literally, the fastest man in the world? I try to answer that question in my novel.

And so a not-so-ordinary teacher became an award-winning author through hard work and determination, making it possible for so many readers to enjoy her books.

Five Lessons on Sexting: The Naked Truth about...