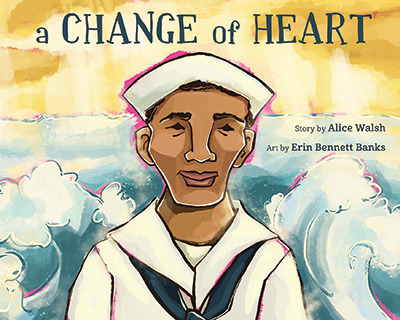 An act of kindness and a change of heart can create a positive impact. This was the case for Lanier Phillips. Lanier grew up in Georgia and joined the US Navy at a young age hoping to escape racism and segregation. Unfortunately, attitudes were not much different in the navy where black sailors had different sleeping quarters and dining rooms from the white sailors. While sailing to Newfoundland, a horrible storm caused the navy ship Truxtun to sink. As part of the crew, Lanier joined a life raft not knowing if where he landed ashore would accept a black man. The life raft capsized and Lanier laid on the shore—wet, cold and covered in oil from the ship. A stranger pulled Lanier to safety letting him know he was close to St. Lawrence in Newfoundland. A white woman, named Violet, oversaw Lanier’s recovery by providing him food, clothing and a home. This was the first time his experience with white people did not involve violence and hatred. At this time Lanier had a change of heart and felt a great burden had been lifted off of him, making him free of bitterness and resentment. Lanier was both physically and emotionally healed. Lanier went on to have a successful career earning awards for his service and becoming active in the Civil Rights Movement. He acknowledges the Newfoundland people who took him in and helped him heal and changed his life forever.

Classroom Connections: A Change of Heart could be used for discussions on historical themes such as the Civil Rights Movement and the history of Newfoundland. Examining virtues such as courage, compassion and gratitude and their effect on Lanier’s life could lead to service projects with students. Students could find ways to make a positive influence on other students, the school or community.

This review is from Canadian Teacher Magazine’s Jan/Feb 2017 issue.

Creating Caring Classrooms: How to Encourage Students to...