Living and Working in China

Jinhua is located in the Chinese province of Zhejang south of the provincial capital of Hangzhou. It is a regional city of about 1.2 million, small by Chinese standards. In Eastern China, towns and cities are more of a conurbation—one running into the next with tiny patches of farmland in between and with few parks or public green spaces. It was there, in Jinhua, that I spent a year working as a principal with Trillium College based out of Toronto. It is an English school using an Ontario curriculum situated within a much larger Chinese host school of about 2600 students. Our walled campus served as home to about 250 Chinese students who hoped to study in universities in Southern Ontario. It is now in its 12th year of operation. 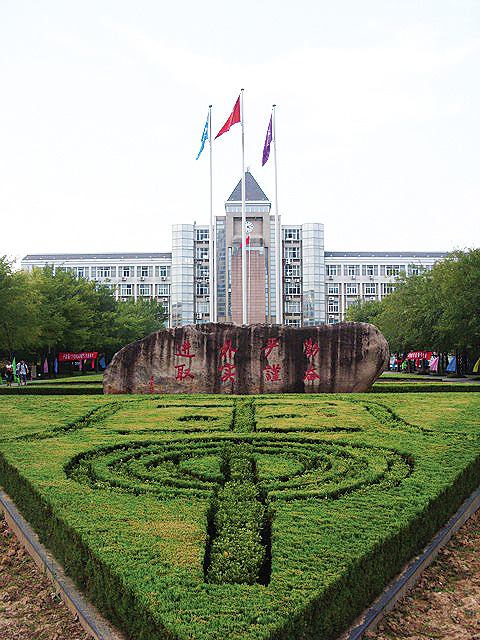 The elegant campus in Jinhua, China. [photo by Marty Rempel]

My wife and I attended a New Year’s Eve celebration put on by the Jinhua High School students and staff in their massive gym. I think the venue is large enough to seat about 3000 students—the Chinese have a propensity to build in monolithic proportions. It was a cold night and the thing about public buildings south of Shanghai is that they have no central heating. Think of a rural hockey arena in Canada.

We took our seats as two third-year students appeared beside us to serve as our translators for the evening and to guide us through the performance. The gym was darkened, except for the neon-like plastic lights that students were waving and throwing high into the air. We didn’t really need a translator because many of the numbers were English songs.  This is a wet climate (monsoon) and everyone owns several umbrellas, so to have the song, “Singing in the Rain” performed in English was no big surprise. Other classes did themes relating to traditional Chinese opera meeting modern dance. There was a range of talent and although we sat in a cold, dark gym we enjoyed ourselves.

What we enjoyed most was the presentation by the Chinese teachers. The teachers teamed as couples, each dressed in formal wear and couple by couple male to female in turn sang romantic songs and, in a scandalous show of affection, held hands. The students went wild. Our student translators told us this would be great cause for gossip. What I appreciated was the overwhelming and innocent student response. They were thrilled at the sight of their teachers showing affection. Our translators were quick to add that Chinese love romance. I thought how this same act in Canada would not resonant with a student population in the same way, as it would likely be seen as corny and outdated and open to ridicule as a result. I’m thankful that these Chinese students are still socially and culturally back in the fifties. 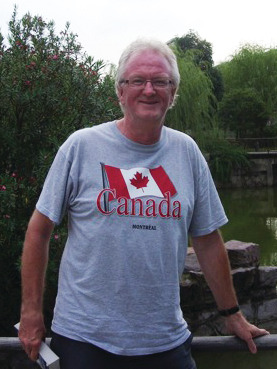 One theme that the school likes to drill into the students is patriotism. I can remember a day in my own youth in Canada when I sang, with hand over heart, “God Save the Queen” and in later years “Oh Canada.” We also did a rendition of the Lord’s Prayer. The term “political correctness” had not yet been coined. Today, in China, there is no public religious observance, but love of country remains a priority, almost a religion. At my school and at others, slogans are written on bright red banners around the school and in all of the classrooms proclaiming themes of love of country, “Love is in the heart and that is where you find country.” Many of the songs presented that night spoke of patriotism and I asked our youthful translators how they felt about that. With some thought and hesitation they said that they get too much of it. They hear it every day and, while they believe it to be true, they don’t have to hear it all the time. I said, “I think you will enjoy Canada after graduation.”

Living and working in China had many challenges inside and outside of the classroom. Naturally, the cultural, economic, political and linguistic differences were immense. I lived on a new campus beautifully landscaped with a charming meandering creek stocked with fish running through it. Despite the Chinese love of nature and beauty, one serious problem in China which is not adequately being addressed is the widespread pollution. Rarely could we see stars at night nor, despite the fact that we lived only ten minutes from a mountain range, could we see the mountains as there were so few pollution-free days. Blue skies were a rare treat. The locals kept insisting that the smog was not pollution—just mist.

I enjoyed my work with my industrious students but I also enjoyed my time away from campus when my wife and I travelled or just escaped on our e-bike. I have never felt more part of the Chinese cultural fabric, or closer to road kill as I had while driving my scooter through the congested streets of Jinhua.

Chinese streets are generally wide and often have special lanes for e-bikes because there are so many of them. In some places, cars, trucks, people, dogs, kids, more trucks, bikes, taxis all have to merge into one chaotic mixture and that’s where the challenge begins. There are rules of the road—I was told there are 1700 questions on the Chinese driver’s license test and the new driver has to answer a random selection of 100. However, the rules are more like “guidelines” and car mirrors as useful as an appendix. From chaos theory to the reality of the conditions on the road comes a curvilinear flow of traffic that no simple algorithmic function could describe. There is motion. It is constant, often random, but it seems to work if one is bold decisive and goes with the flow.

I kept my thumb on the horn to resonant with the cacophony of the urban symphony. One must yield to the driver making the turn; red lights are discretionary, if they work; cars go in bike lanes, bikes go in car lanes; parked cars have open doors; everyone who has a cell phone at some point will use it while driving; pedestrians do not look before crossing, and neither do most drivers—they are either blind or operate on blind faith.

Shopping is another challenge of everyday life. Since I have to confess to being a poor linguist, shopping and ordering food in a restaurant are problematic. I have several apps on my smartphone for translations, but they only work when I have Wifi and that is not frequent. Going to a public market, one is assaulted by the many smells, the motion, the colours. One stall specializes in organs, another in dog bred specially for consumption—there is street food to be avoided unless, like my young teaching staff, you have a cast iron stomach and even they were not always immune. The meat department of a grocery store looked to me more like a pet department, with eels, frogs, snakes, turtles, fish and numerous other things that I never truly identified on display. Unwrapped chicken parts were heaped on a table for people to pick through for the ideal piece. In another part of the store, large rice bins which resemble sandboxes were available for people to reach into with their hands to scoop out what they require.

Hygiene in China is not a priority. One small quest I had in my section of the school was to get paper products, including toilet paper, and soap into each one of our washrooms. I was promised these things and only got them temporarily when there was a school inspection. Once over and the supplies used up they were never again replenished. The cleaning staff continued cleaning with their mops by drawing water from the toilet bowls.

Overseas living has its challenges and I enjoyed working in China. I liked my Chinese colleagues, my support staff and especially my students, some of whom I have made contact with back in Canada. I was able to travel much of Eastern China and SE Asia and gain an appreciation for a culture and a way of life that both loves the West and mistrusts our ways as well.

After a busy day at school or after a tenuous drive by e-bike through the noisy, congested streets, my wife and I enjoyed walking by the river where we watched the group dancers, some doing ballroom western style, some exercises and others Tai Chi. Scooters, bikes, walkers, old, young, families, all walked the inlaid stones and viewed the sluggish, brown river below. The constant fishermen, some on flat rafts, others along the receding shore, spent the day in futile pursuit of a meagre catch. Young couples, hand in hand, oblivious to those around them, men in tense groups thrusting cards on a small table, two brown poodles playing on the grass, an old man crippled and bent walking with his wife, small boys playing with their bubble makers—they eagerly ran past and stared at my strange western face and my wife’s blond hair. Soon distracted, they continued along the path. As the evenings cooled, the gardener brought out his record player. He tentatively set it on an old wooden table and soon opera transcended the willows. The dancers arrived soon after. It was evening in China.

Marty Rempel
Marty Rempel is a retired administrator, special ed coordinator and teacher who taught overseas for seven years in Germany, The Bahamas, Kuwait and China. He now resides in Woodstock, Ontario where he tends his gardens, plays with his grandkids and volunteers as the docent coordinator at the Woodstock art gallery.

This article is from Canadian Teacher Magazine’s Sept/Oct 2015 issue.