On A Clear Day You Can See Anguilla: The Dual Nation Island of St. Martin/St. Maarten

Nestled among the tiny, exotic islands of the Caribbean, to the east of Puerto Rico and the Virgin Islands, lies the shared French/ Dutch island of Saint Martin/Sint Maarten. A company on the island is carrying a book that I wrote with two friends, and invited us all to go down there and autograph copies of our book at a public event. Having never been to the Caribbean, I couldn’t say no. 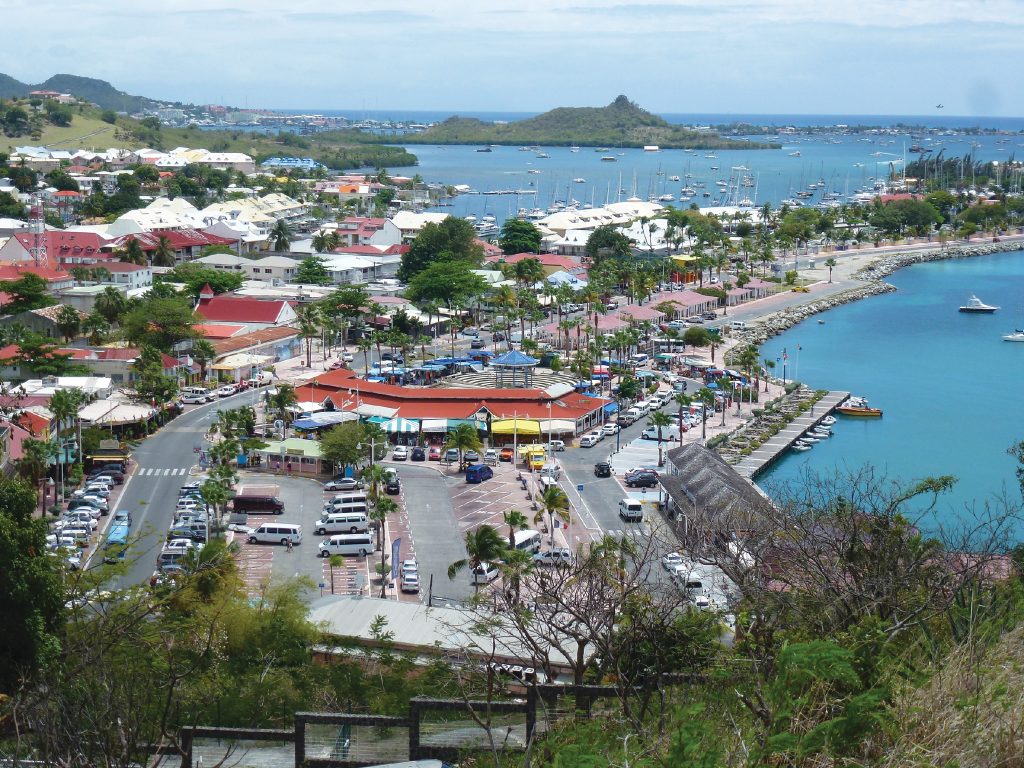 Originally named St. Martin by Christopher Columbus on his second trip to the West Indies, this ninety-five square kilometre (thirty-seven square mile) speck of sand in the Caribbean was occupied at different times by Spanish, English, Dutch and French settlers. Known as “The Friendly Island,” it was divided between France and the Netherlands in 1648 with the Treaty of Concordia, an arrangement that has provided for lasting peace between them, and mutual protection from belligerent states. Remains of stone forts built to guard the harbours in the French north and Dutch south still remain, as do the interesting heritages of all the countries that have occupied the island as well as the African slaves brought there to work.

The early interest of the Dutch was the salt they produced in the ponds around the island and shipped home, while the French favoured the sugar grown in the fertile fields inland. While those enterprises eventually became uneconomic, both parts of the island have shared in the growing tourist trade.

As the only truly duty-free port in the Caribbean, Saint Martin/Sint Maarten attracts over 1.5 million cruise ship passengers and almost half a million other visitors annually. The cruise ships dock in Big Bay, near the Dutch capital of Philipsburg. From there, some of the passengers take off on day trips to activities around the island. Others head for the duty-free shops that line the 1.6 kilometre Front Street that borders the bay for jewellery, tobacco, cameras, liquor and electronics, or further up the west coast to the shops in the French capital of Marigot for perfume, china, clothes and more jewellery.

But there is a lot more to this enchanting island than shopping. For one thing, there is a mix of over thirty cultures on the island, offering a staggering variety of food, culture, arts and languages. For example, there are two Caribbean festivals each year, one before Lent on the French side and after Lent on the Dutch side. There is also an active arts community with shows and events throughout the year. And there are so many restaurants and eateries that you couldn’t hope to sample even a small portion of them in one visit.

The other attraction, especially to us northerners, is the warm weather and beautiful beaches. Here, too, there are plenty of choices. Many visitors staying on the island choose the popular and busy Simpson Bay, Maho Bay or Baie Orientale (Orient Bay) for the duration of their holiday. At these locations there are casinos (only on the Dutch side), nightclubs, bars and restaurants, and access to water activities like sailing, kayaking, paragliding and windsurfing. 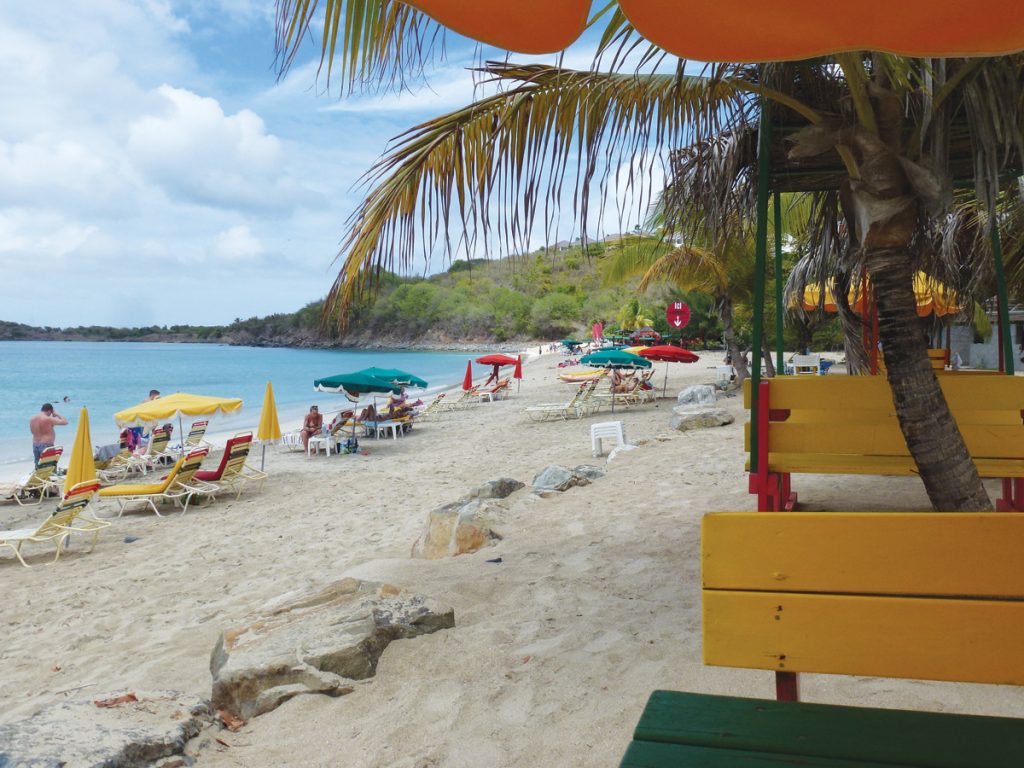 A drive around the island will lead you to more relaxed beaches like Friar’s Bay, Dawn Beach and Islet Pinel, for a total of thirty-four beaches. It’s important for beach-goers to be aware that beaches on the Dutch side require modest dress, while French beaches are clothing optional, which usually means that some women will be topless and some naturists may be found at the south end of Baie Orientale. At almost every beach you will have the option to rent a lounge chair, at a cost of between about $6 to $14 US. 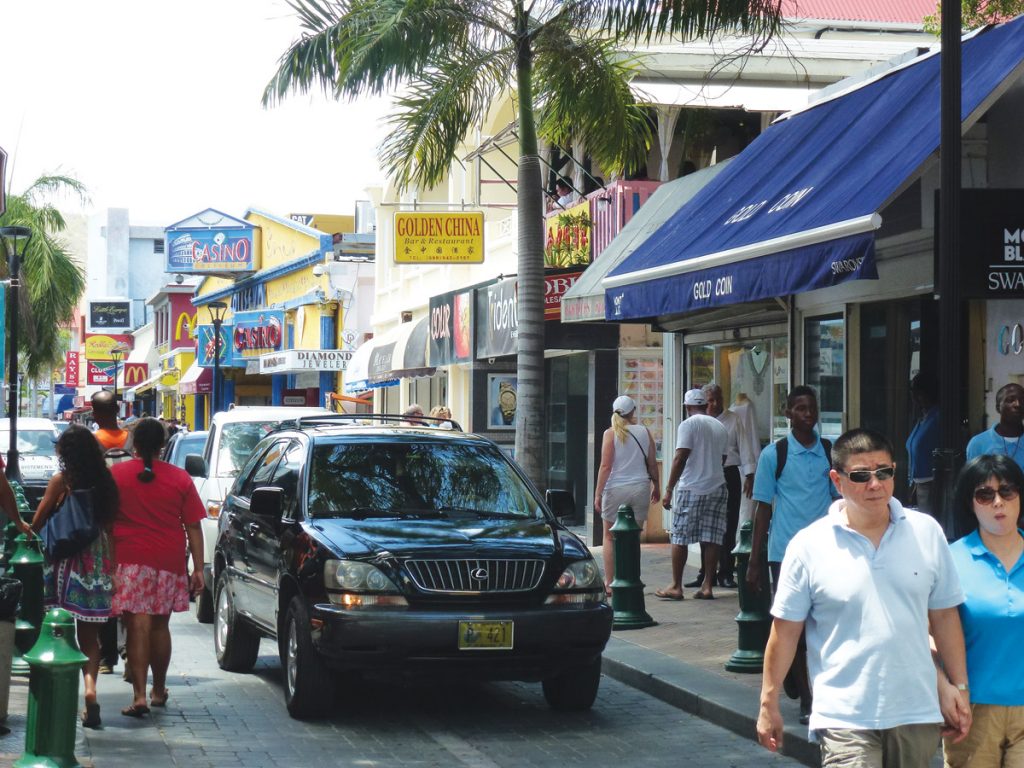 Shoppers and cars along Front Street in Philipsburg, St. Maarten

Which brings up the issue of currency. The two parts of the island are truly separate countries, with the French side using euros and the Dutch side using the Netherlands Antilles guilder, although the US dollar is widely accepted. The plight of the euro can be seen in the sagging economy of the French side. Some of the shops are closed, as tourists and locals alike appear to be going to the Dutch side for things like groceries, gas and other staples.

A car is necessary to visit many parts of the island, and rental cars are readily available at the airport and in major tourist areas. Anyone renting a car should be familiar with the rules concerning traffic circles, which are used extensively, and be prepared for the busy traffic in the more populated areas. And be warned, driving here is not for the faint of heart! Locals make liberal use of the whole road and often swerve back onto their side only at the last second. Also, the narrow width of the roads favours small cars, so don’t upsize to a big model. That way it will be less unnerving when drivers of motorcycles and scooters ride down the centre of the road between the occupied lanes. 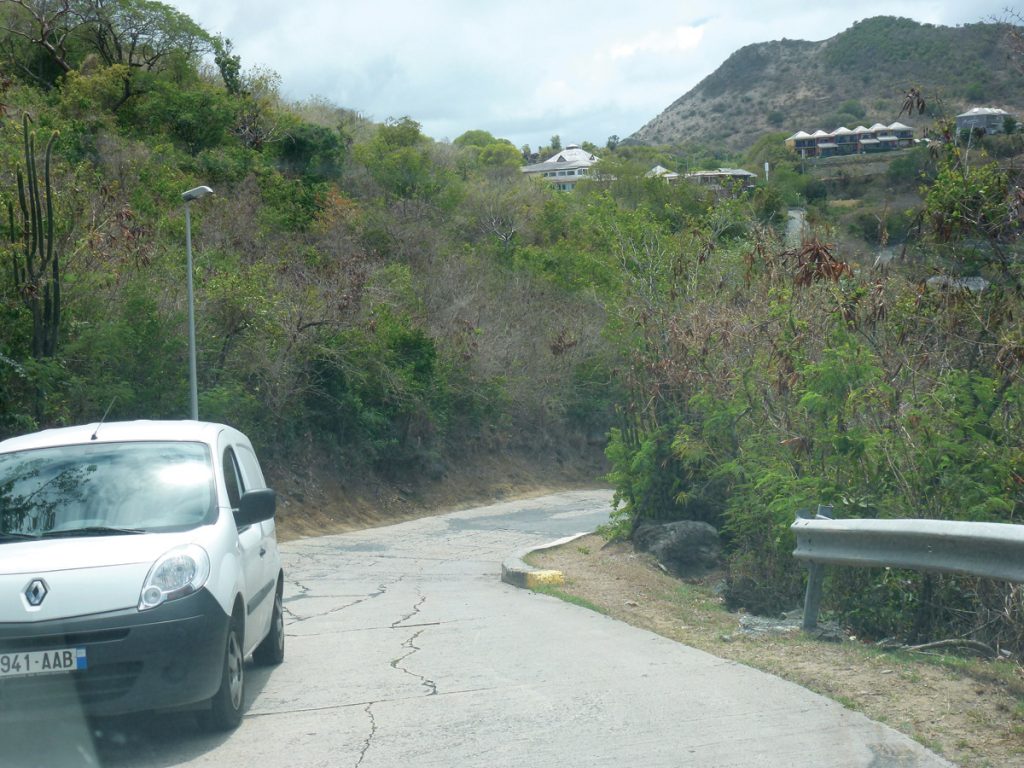 Narrow road on the way to Anse Marcel, St. Martin

Drivers should be especially careful to respect the speed limits in villages where students and other people often have to walk along the side of the roads. Speed bumps, at times huge in size and often unmarked, are installed to encourage compliance. On top of that, the roads are not well signed or marked, so it is common to come over the crest of a hill to find an intersection or a blind turn. On this island, speed kills. And be prepared for the unexpected and enormous potholes in places (especially hard to see at night or in the rain) as well as the occasional cow, chicken or goat that may wander into the street. 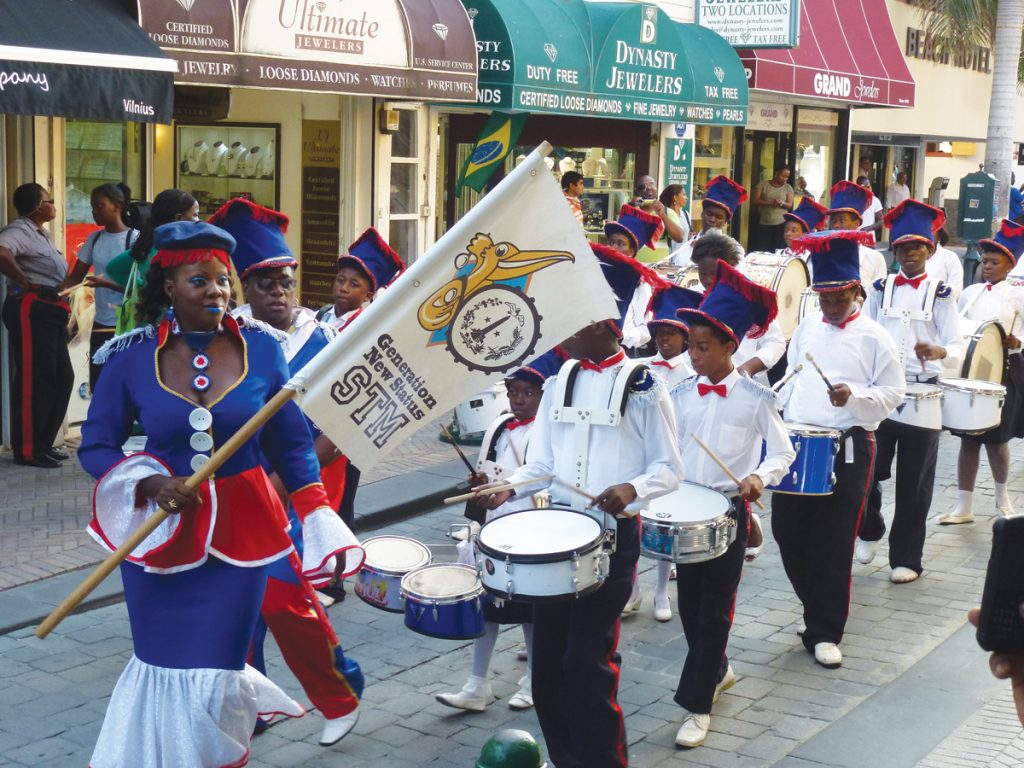 The perils of driving are outweighed by the opportunities that having a car presents. For example, visit Grand Case on Tuesday nights from January through April when the street is closed to make way for music, food and artists. I was lucky enough to experience one of the last nights of the season and see why this town is considered the gastronomic capital of the island. There was everything from formal French dining on fresh lobster that you choose yourself, to open street barbeques and beer. I could only eat there once (I chose barbeque) so can’t compare the establishments, but Trip Advisor has ranked the restaurants for anyone looking for broader reviews. 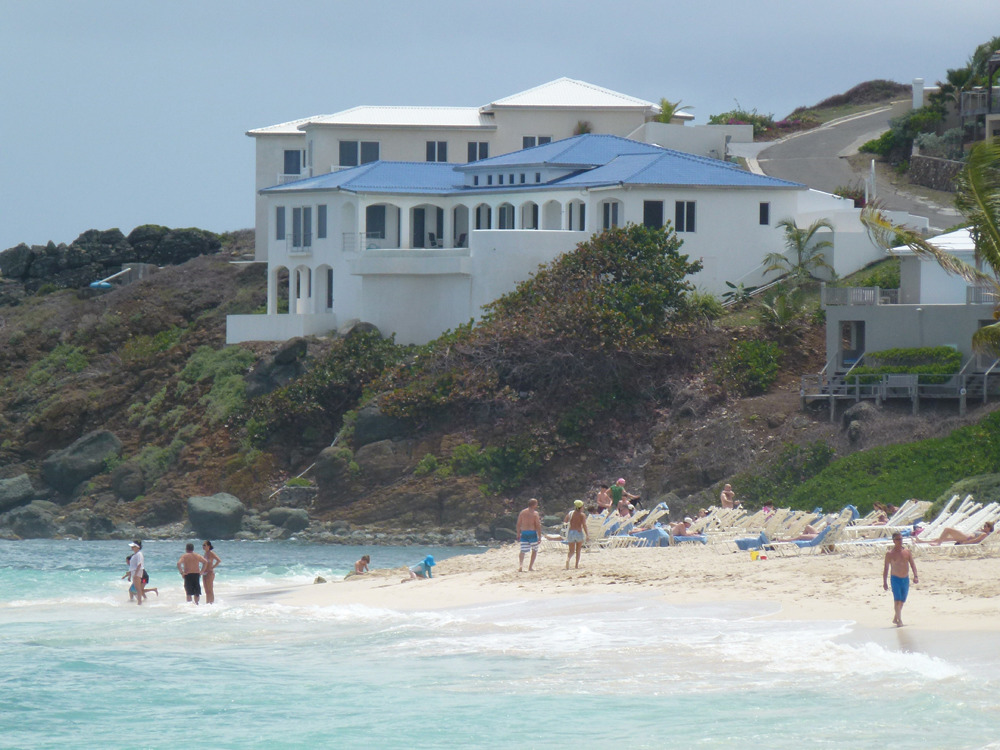 For those who enjoy other activities, there are plenty of opportunities for snorkeling and scuba diving, as well as mountain biking, sailing and paragliding. For serious sailors, the there is the Heineken Regatta in early March that attracts an international fleet of competitive yachts, and Captain Oliver’s Regatta in May. 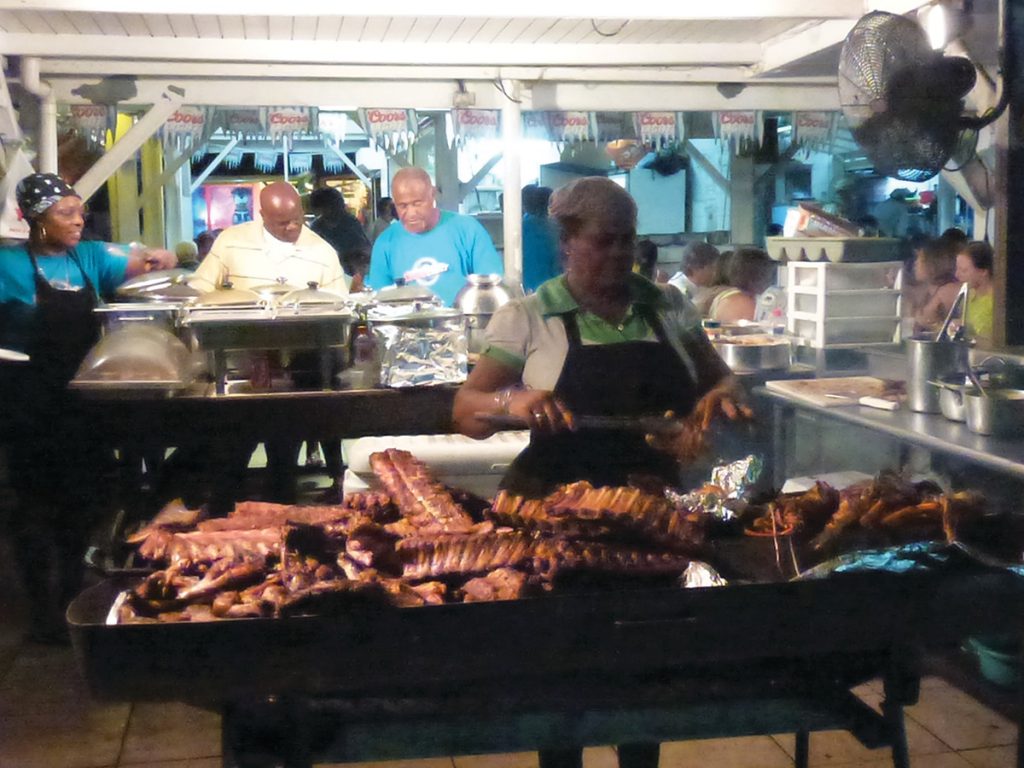 There is also a rich natural environment on this little island. The Nature Foundation in Dutch St. Maarten manages the St. Maarten Marine Park and is looking forward to a national parks system for the country. It also has educational information for kids. Then there is Nature Magazine which describes the opportunities for viewing the many migratory birds and butterflies, other wildlife and ecosystems that are found on the island. 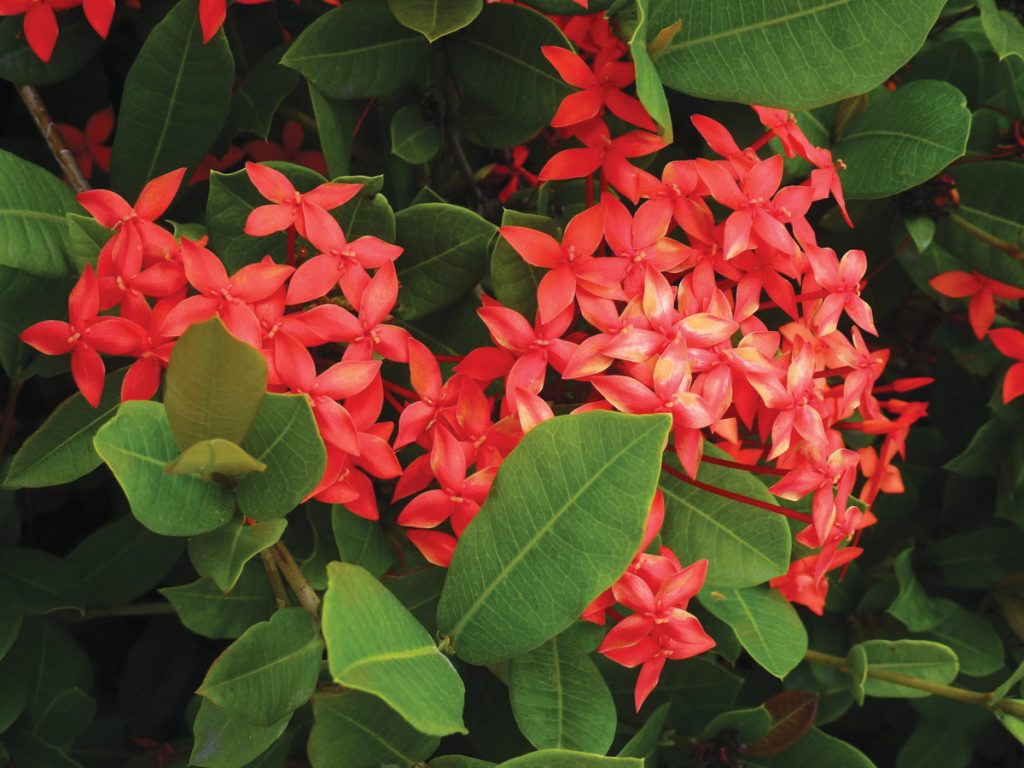 What was unnatural was the time-share touts—the people who try to get you to go to a free seminar on shared ownership, for which they receive a commission. I can’t fault these twenty-somethings for their entrepreneurial spirit, but I was accosted so many times on the street and by marauding touts in cars at lookout points around the island and even in a parking lot that it became irksome. There must be thousands of time-share units on this little island, with more being built.

Time-shares appear to be a predominant form of accommodation here. If you want to stay and don’t have a time-share, your primary alternative is a hotel. I chose the third alternative of a self-catering bungalow for about 100 euros a night and was very happy with it. Mine had a big patio and overlooked the harbour in the quiet Oyster Pond area.

As a sailor, I would be remiss if I didn’t note the large, protected harbours that this island is endowed with. These harbours host an amazing number of cruising sailboats from around the world, but the island is better known for the megayachts that are registered here or visit each season. One favourite pastime for visitors is to watch some of these extravagant yachts as the Simpson Bay Bridge opens three times a day to allow them to pass in or out of the protected inner harbour. Examples of these yachts can be seen at marinas like Isle de Sol which caters to yachts from 80 to 360 feet in length. 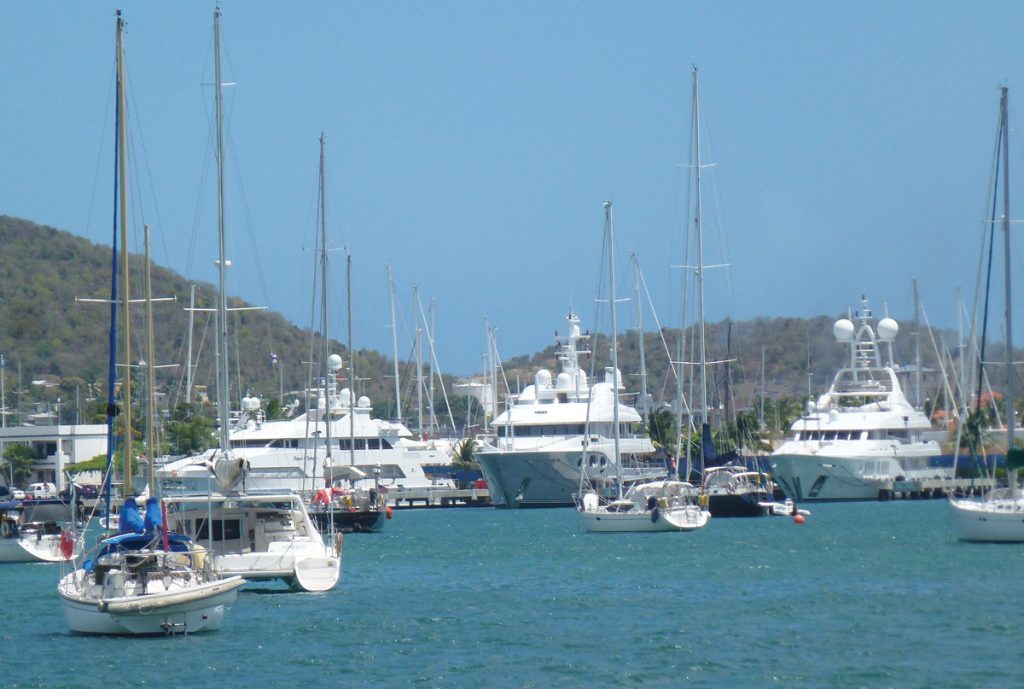 Yachts in the harbor at Simpson Bay, St. Marten

I spent ten days around the two parts of this island and didn’t have nearly enough time to do everything I wanted. Whether you want to relax, shop, find adventure or explore the natural history, you can be assured of finding a treasure trove of opportunities in this lovely dual nation.

This article is from Canadian Teacher Magazine’s May/June 2013 issue.