Teaching and Learning: A Lifetime of Making a Difference

Many educators say the passion for teaching is in the blood. Often they don’t even know they are teaching when in fact throughout life they continue to learn and pass on to the others their knowledge and the tools with which to find knowledge and information. So, in one sense, educators never really retire from teaching, and the following is one fine example. 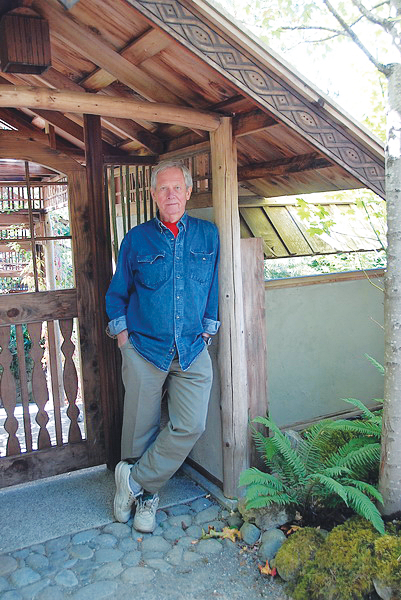 World-renowned artist Robert Bateman doesn’t consider himself retired and has no intention of ever being so. The 82-year-old former Ontario teacher, who now resides on BC’s Salt Spring Island, leads a well-regulated and active life. Not only is he working on several commissions, but continues to be deeply involved in wildlife and environmental preservation, the Bateman Foundation and the new Robert Bateman Centre in Victoria.

As a young lad, Bob loved to venture out in the property surrounding his home in Toronto, exploring the ravine, and particularly loving the outdoors and wildlife in the Haliburton region of Ontario where the family spent summers for a number of years. All the time he was “doing art” capturing the images and impressions that nature offered to his discerning eye. He joined the Royal Ontario Museum’s Junior Field Naturalist Club, continued to be an ardent bird watcher and took up geology at the University of Toronto because he knew it would allow him to get out into nature and indulge his naturalist passions in the wildlife habitats with which he was fascinated.

Heading for a teaching career after university, he decided to first take some time off and travel because in the 1950s, Bob says, it was pretty easy to get a teaching job. His travels took him to India, Burma, Thailand, Australia, Malaya and Africa. Africa beckoned with its particular light and open savannahs and Bob was destined to visit that area several times in the future.

Bob immersed himself in art, nature and conservation while taking up teaching posts as an art/geography teacher at various high schools in Ontario. But the opportunity to return to Africa presented itself when Bob applied to teach in West Africa “and they sent me to East Africa” he says. “It was quite safe and nice in those days and my first son Alan was born there,” Bob recalls. His students in Nigeria were focused on getting into Oxford or Cambridge and in passing their entrance exams, and Bob’s efforts to offer a broader learning perspective were not met with pleasure by them. Bob considers his two years teaching in Africa to be a humbling experience from which he learned a lot.

Returning to his beloved Niagara escarpment, he continued teaching and, of course, pursued with vigour and dedication his art and wildlife conservation. Bob was teaching at Nelson High School in Burlington, Ontario when it occurred to him that the natural and home heritage of the area was fast disappearing. He set out to capture the faded and near forgotten properties before they were gone completely. It was 1967, so a good year to take this on as a Centennial project. His works were displayed and sold out on the opening night at the Alice Peck Gallery which had never before carried his works.

Now came the time when Bob had to make some decisions. He had achieved great success with several one-man exhibitions, and he had to complete paintings for a show at the Tryon Gallery in London, England, plus he was still teaching at high school. So he took a half year off from teaching in order to complete his commissions. With continued success and sell-out-showings, Bob’s international stature as a wildlife artist was growing and along with that his commitment to the world of art and the world of conservation. His high school teaching career came to an end, but his teaching did not.

“We need to educate the parents as well as the kids, to get out there into nature,” he says. And to that end he lends his voice to more outdoors, conservationist and environmental interests and organizations than this article can contain. He continues his active collaboration with Royal Roads University in sustainability education, research and the environment which dovetails with the soon to be open Robert Bateman Centre and the Bateman Foundation which has a focus on connecting people with nature.

Designed by Frances Rattenbury, the former CPR Steamship Terminal on Victoria’s harbour is the new home of the Robert Bateman Centre. It will house a gallery as well as educational and office spaces on the upper floors. Opening is slated for April 1, 2013.

Bob’s home, which he shares with his photographer wife, Birgit Freybe, allows him to have his own window on the world. Poised overlooking a lake and surrounded by mature evergreens and a beautiful natural landscape, the house is filled with souvenirs of many trips to other countries. It is Bob’s studio, and a business hub with staff and offices.

“We are out in nature all the time,” says Bob. He’s up at 7 am and takes a hike or bike ride after which he returns to work, has a healthy lunch break, another hike in nature, a nap, some meditating, then on the exercise bike and some TV, before finishing his day with more painting and reading in bed.

Retirement is definitely not on Robert Bateman’s to-do list. “I like to accomplish things, and am achievement-oriented,” he says, adding, “I like to know that by me there has been a difference made today.”

Carol Baird-Krul & Enise Olding
Carol and Enise (info@drassociates.ca) are the creators of a series of pre-retirement and post-retirement planning workshops: Transition to Retirement: The Uncharted Course©, Recently Retired: Charting a New Course© and Ideas… Enhanced and Advanced©, and authors of Transition to Retirement: The Uncharted Course. Previous articles on retirement may be viewed in back issues at CanadianTeacherMagazine.com or by clicking HERE.