For the last several years I have joined many of my brother and sister English teachers in lamenting the supposed decline of reading among young people. Using all my creative powers and motivated by genuine pedagogical paranoia, I have sought to find clever ways to bring my pupils back to their books, reading deeply and thoroughly to the last page. Surely, the world will descend into the fifth circle of Dante’s Inferno if they do not. Yet despite my good intentions and varied approaches, every year seems to have brought greater apathy among students toward the practice of spending quiet hours engrossed in a book. Kids don’t seem to be reading as much on their own; kids don’t seem to be reading as much from their required reading at school; kids don’t seem to be reading as much period. The cause, most frustrated teachers will agree, is the ever-growing distraction created by ubiquitous digital and electronic media. Surely, we could include other modern distractions and compile a sobering list of factors that drive a wedge between our children and the kind of close reading that we identify as central to the educational experience. 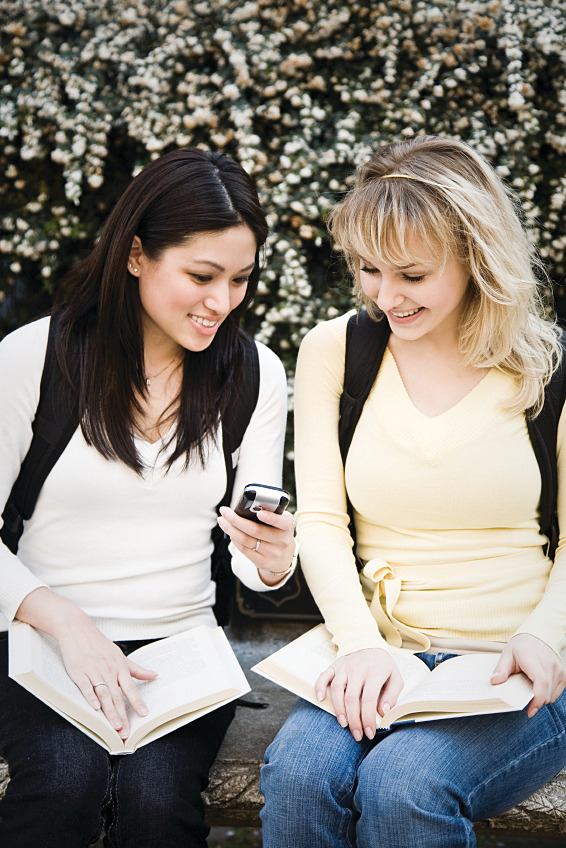 Some will argue that our kids are reading more, they are just reading less more often, and from a broader spectrum of interest. Aren’t they reading websites, blogs, texts, tweets, and Facebook pages, after all? Though this is certainly the case, the concern we pedagogues have is one of quality over quantity. A recent article in the “Harvard Education Letter” describes a changing communication landscape where not just students in the US, but even members of Congress are speaking and writing at lower grade levels than ever before. Seeking to implement Common Core State Standards for English Language Arts, educrats employ intricate digitized formulas such as the Flesch-Kincaid readability test, measuring text complexity by analyzing vocabulary and sentence length to confirm what seasoned teachers already know—that the nature of reading and language arts is changing, and changing rapidly. In an effort to increase the comprehension of an increasingly diverse body of readers, Canadian printed literature has seen the Flesch-Kincaid scores drop in recent years in such areas as print journalism and health education material.

Are we ready for what some would regard as a disquieting reality, that traditional modalities of reading are losing relevance, and maybe gone forever? Students in our classrooms today are surviving in English courses by sampling, skimming, scanning and browsing; precisely the same kind of reading they do on the Internet. Facing the strains of staggering overstimulation, necessity has required that young people become excellent multi-taskers. This pattern is not seen just with the young people in our society. A cursory glance in the direction of a modern office will reveal a workstation with two or three monitors, a desktop computer, laptop and a mobile device carefully balanced by an employee who is required not to do more with less, but more with more. Plugged into the information highway, it’s not what a person knows that is important anymore, it is where a person is trained to find it.

Where does this put English teachers who desperately want their students to pour over the novels of Conrad, Fitzgerald, Austin and Dickens the same way they did when tie die and hula hoops were in? The answer may not be popular with traditionalists, but it may very well lie in allowing them to do what they do best, browse and sample. Malcolm Gladwell’s book, Blink, outlines the fascinating aptitude that the human brain has for rapid cognition. There is evidence to suggest that this aptitude may even be increasing because of the demand to sift through the ever-growing avalanche of information of the 21st century world. In other words, kids are actually becoming more intelligent by sheer exposure to vast cross sections of information, detail and other stimuli. Perhaps it is time to meet students where the new reality finds them—that is, reading shorter pieces, more often. Traditionalists will likely be glaring at these words with furrowed brows, but consistently rising test scores in Ontario tell us that we have not quite reverted to cave-dwelling yet.

English is changing. It is spoken more in more corners of the world. As the world’s lingua franca, it is used in international diplomacy, in computing, in air and sea travel, and in engineering. Moreover, even in English speaking countries like Canada, populations are becoming strikingly ethnically diverse. With so many speaking, reading and writing English as a second or even third language, is it any wonder that our Flesch-Kincaid complexity score is dropping? Despite the changing nature of the language and the world, English teachers have held on to the 19th and 20th century novel with grasping, wrenching, white fingers. I have been one of these teachers, and to tell you the truth, I’m not sure why. The novel is a distinctly western convention and a relatively new convention at that—arriving two centuries after the printing press. The industrial revolution increased leisure time, and without modern distractions, longer pieces became more attractive and writers benefitted by the curious practice of payment by word count. Indeed, the notion of reading and writing long pieces of literature was borne out of the convenience of spending long winter hours by the fireside while largely rural societies were waiting for spring to return to their fields. Such long periods of time to study text is a rather recent development and one that was not universal.

Lately, in my own classroom, I have begun the practice of integrating sampling and skimming text into my curriculum. Instead of reading one novel thoroughly, we may read the first eight pages of several different novels and examine the undertaking of laying the foundation for a longer story. We will then sample from deeper within the texts, and compare the style of endings. Students are free to read in depth from the works that truly interest them, and they often do. This rapid change of literary fabric is compelling for students, energizing for me, and most closely resembles the way people are navigating through an increasingly digital topography. This may mean that pupils of the future will be reading fewer novels from cover to cover, but they may be reading more, better.

Robert Costanzo
Robert Costanzo, OCT has taught for the last 18 years. He began his career while attending graduate school in Boston. Currently, Robert teaches English at Crescent School in Toronto.

A Worm Bin in a Classroom

The Power of Global Collaborative Learning