Hamilton, Ontario has a way of producing fine musicians. I think we should hold the teachers responsible.

There is a distinct cultural and social force at work in Hamilton that has produced some of the country’s greatest musicians. Rock bands such as Teenage Head, Crowbar, The Arkells, and Monster Truck came out of Hamilton. Blues harpist King Biscuit Boy and producer Daniel Lanois (U2) are from Hamilton.

Mainstream vocalists, composers, instrumentalists and technicians are also making a great showing. Robert Bruce has travelled far and wide performing his original compositions, both as a solo artist and as the leader of a variety of instrumental ensembles. His music has been used in films, television commercials, modern dance performances and more. His solo piano compositions are a staple of Royal Conservatory of Music repertoire books. Drew Smith, an ESL teacher, has inspired many by outsourcing his video production to an Indian video director in order to get an authentic Bollywood scene. Dozens of Hamilton musicians are sharing their art across the country and around the world.

Just last week I saw three high-energy teen rock bands take command of one of our local stages, putting on an amazing show. Where do these kids get their musical mentoring?

Their Teachers Did It

It’s all because of the teachers! In Hamilton, we have hundreds of teachers who actively share their love of music with their students. Hamilton music teachers have set up some of the most inspiring music programs in the country. Let me mention a few examples.

In Hamilton, we have hundreds of teachers who actively share their love of music with their students.

Glenn Ellement, a “retired” teacher, is responsible for The Hamilton School of Music which has over 300 young students who participate in the school’s annual Greater Hamilton Music Festival.

Russ Weil, another so-called retired music teacher, has been leading the Hamilton All-Star Jazz Band for 18 years, and has taken the group to the Montreaux Jazz Festival more times than I can count. The Hamilton All Stars Jazz Band has produced some of our nation’s best players and vocalists. Internationally performing vocalist and Juno nominee Diana Panton got her start with the Hamilton All Stars, and double Juno Award winner David Braid played piano with the ensemble.

Patricia Rolston’s story is inspiring. In the 1970s she was teaching English in high school and private piano lessons on the side. Rolston saw the need for a college career program for the next generation of professional musicians. The result was Mohawk College’s Applied Music program. Approximately one thousand musicians have come out of the Mohawk Program she founded.

Hamilton teachers have succeeded in passing the torch despite the familiar budget pressures and limitations for hiring music specialist teachers. 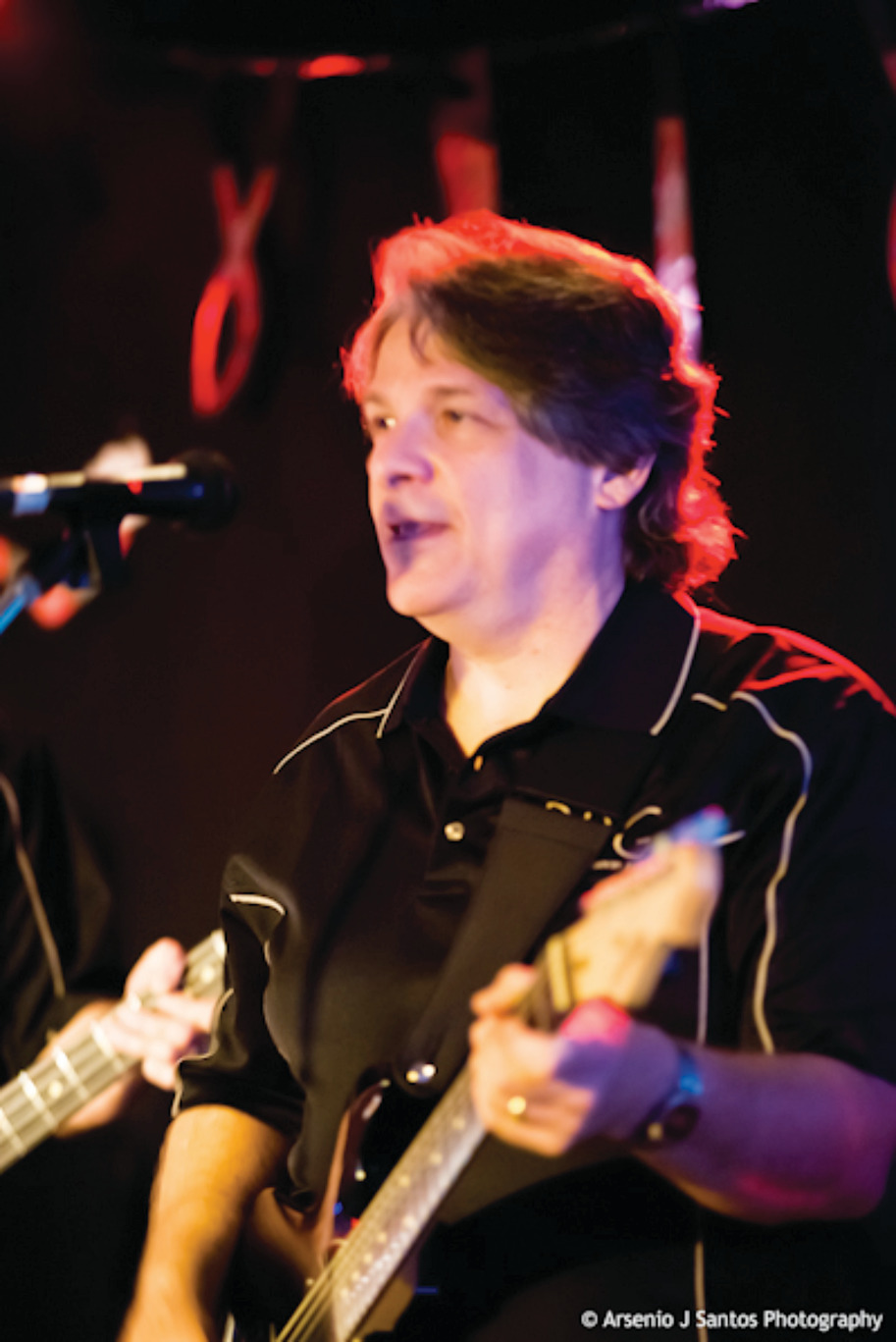 Hamilton teachers have succeeded in passing the torch despite the familiar budget pressures and limitations for hiring music specialist teachers. They are creating a legacy of strong local music performance. For example, Corey Pearce, on staff at St. Mary’s Catholic Secondary School in Hamilton and former student of Ron Palangio, is helping teachers introduce precision drumming to southern Ontario with the Ontario Drumline Association. Middle school teacher Tanya Sanders has seen much fruit from her long-standing music program at W.H. Ballard School. Her student Mathew Cathcart, also known as rapper Emcee, was a finalist in Canada’s Got Talent.

Consider the Hamilton cover band RPG. This group of veteran teachers have spent their careers sharing their love of music performance with their students. RPG is a five-piece cover band that has been playing around Hamilton since 2010. The band members can look back to their Hamilton youth and find the love of music written in their DNA.

Four members of the band, Ron Palangio, Frank Rocchi, Antoinette Krusto and Glen Brown, are teachers. Ron is a local music teacher and department head at Cardinal Newman Catholic Secondary School. Drawn to Hamilton by the Mohawk College music program, he has had the privilege of seeing many students continue in musical careers. Palangio soon met and collaborated with Frank Rocchi, a fellow Beatles fan. Soon they were collaborating to produce school musicals, jazz bands, concert bands and performances at special assemblies. Along the way they created a truckload of memories for their students.

Folk singer and phys-ed teacher Antoinette Krusto soon joined RPG. The trio became the Ron Palangio Group. Krusto, with a great ear for vocals, had started the Cardinal Newman choir in the seventies. Hundreds of singers and instrumentalists got their boost into a lifelong music hobby or career under Krusto’s enthusiastic leadership. 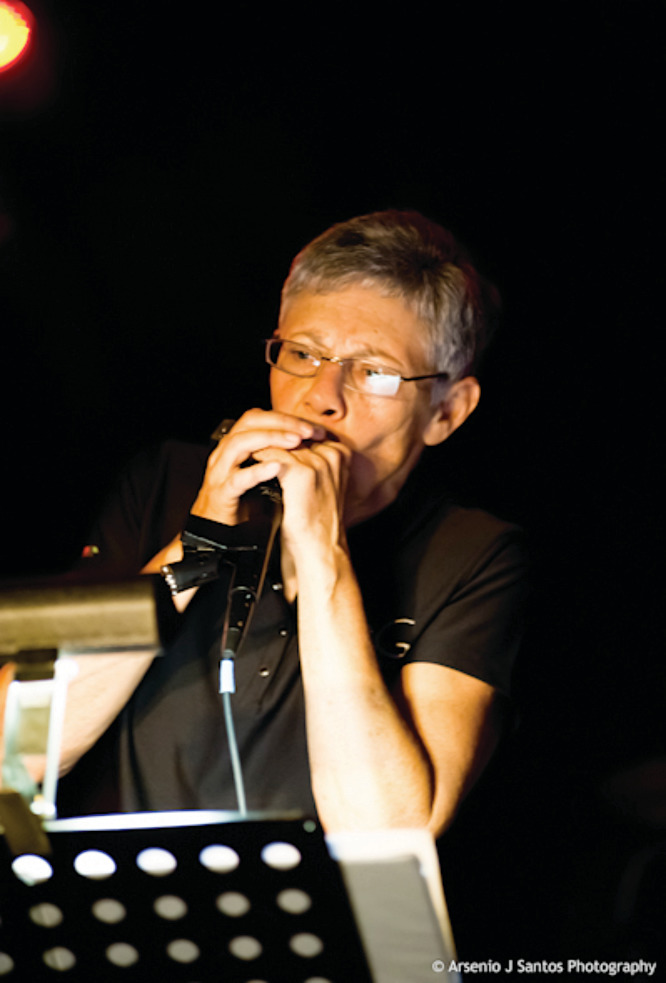 Each RPG performance usually ends with someone coming up to the band saying, “Hey remember me? I used to be in your class!” The conversation flows easily and happily as these students reminisce about their musical memories.

The conversation flows easily and happily as these students reminisce about their musical memories.

This represents just the tip of the iceberg. I could go on and on because there is so much musical entrepreneurship throughout Hamilton. By sharing these highlights I’m sure you’ll agree that without teachers being concerned and motivated to share their love of music, Hamiltonians wouldn’t be in such an envious position! So why is music so big in Hamilton? It’s because teachers have made it so. Here’s to a great school year as our teachers once again share their many talents across the country.

Glen Brown
Glen Brown teaches music, art and drama at Hamilton’s Parkdale Elementary School for the Hamilton-Wentworth District School Board. He received his Bachelor of Music from McMaster and his Bachelor of Education from University of Toronto. He is an Honours Specialist in Music Education. When he’s not teaching, he’s publishing Greater Hamilton Musician Magazine or playing drums. He can be reached at glen@gbrpublications.com.

This article is from Canadian Teacher Magazine’s Sept/Oct 2012 Issue.