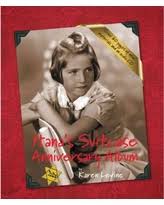 This internationally-recognized work alternates back and forth in time, with a chapter detailing wartime events followed by one explaining 21st Century occurrences. Fumiko Ishioka, inaugural director of the Tokyo Holocaust Center, sought to uncover the story behind Hana Brady after the suitcase artifact was first put on display. Born in 1931, eight years before the German invasion of her homeland, Hana had grown up in Czechoslovakia as the daughter of a Jewish shopkeeper. But her relatively privileged background proved no protection against Nazi actions that begin with minor proscriptions against Jews owning radios and ended with tens of thousands being transported to death camps. Canadian author Karen Levine’s award-winning work which documents both the short life of Hana Brady as well as Ishioka’s engrossing quest (which ultimately uncovers a surviving older brother who helps tell the world of one family’s experiences during the Holocaust) has already been published in dozens of countries and some thirty languages. This anniversary edition includes 64 pages of additional material and it updates the story to the present.

Classroom Connections: As a parent of children who have been deeply moved by reading the original version of this work, I can immediately see its immense value for educators. Designed for students in grades 4 to 8, with tremendous potential for reading comprehension strategies involving making connections or transforming thinking, this newer version includes numerous samples of classroom activities (thought maps, posters, music, poems and journal responses) along with two pages of other ideas and website links.

In Graphic Detail: Using Graphic Novels in the...

The Good, the Bad, and the Deadly: Knowing...

The True Tale of a Giantess: The Story...