How Can You Go Down in History? Join Your RTA!

Upon retirement, teachers have the option of joining their local Retired Teachers Association. As we noted in the previous issue of this magazine, these associations serve several purposes, not the least of which is to provide the opportunity to be involved in interesting activities. We also discussed in our last column that one such activity is being part of a group that works on the preservation of local educational history. It was just such an undertaking that we began to focus on in the last issue.

Located on the east coast of Vancouver Island, the Nanaimo-Ladysmith area is midway between British Columbia’s capital city of Victoria and Campbell River to the north. This region’s educational history is slightly more than one hundred and fifty years old having had its formal beginnings in the 1860s in a single room set up by the Hudson Bay Company in what is now the city of Nanaimo. 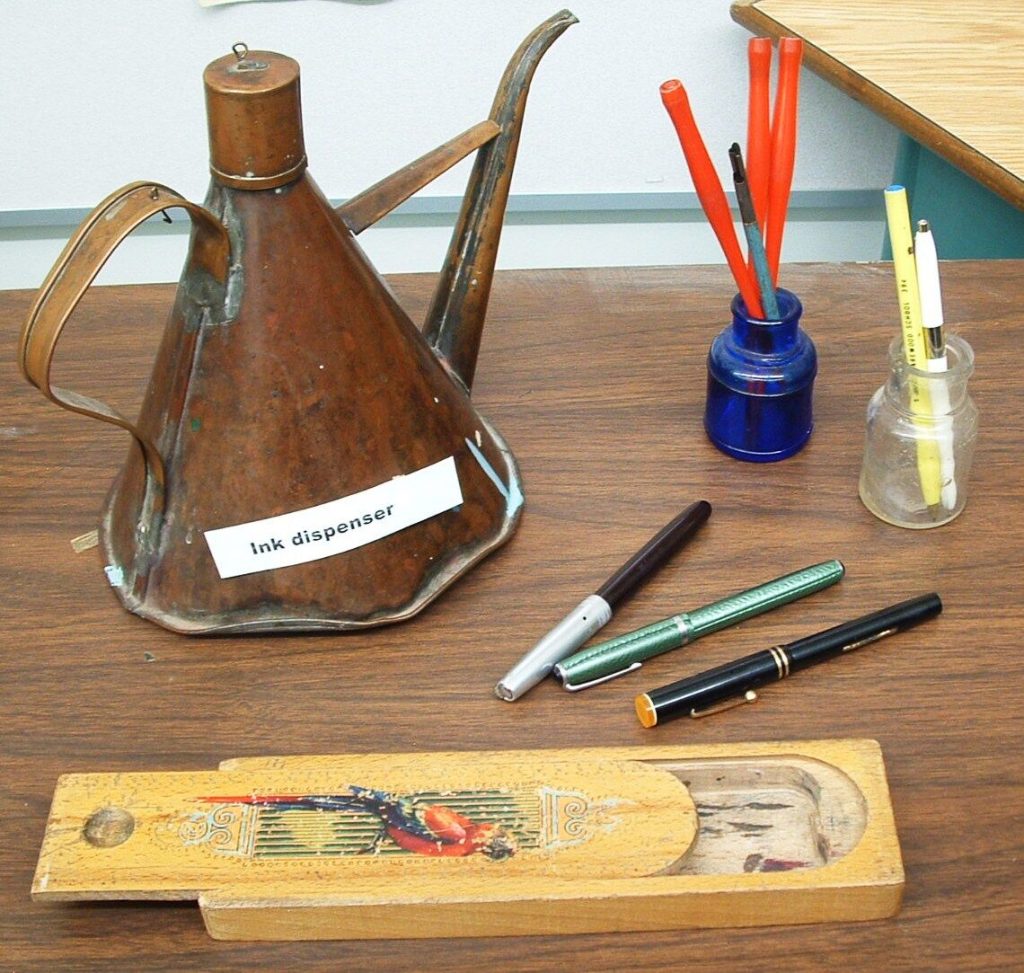 The Nanaimo-Ladysmith RTA Skipsey Educational Heritage Collection has grown “like Topsy” in the years since it began with a boxful of books and the odd piece of educational memorabilia. This collection now contains in excess of 4,000 items, some of which date back to the late 1860s. Interesting items like an early primary student’s desk, an ink well filler, globes, an early 20th century set of elementary readers, a typewriter, pen nibs, an original big book of Dick and Jane, history and geography books whose information is long outdated, and, of course, a strap are just a few of the artefacts that have been donated to the group. Among the most treasured materials of the collection, however, are the ones that have a strong human element—personal things that are in some way connected to students and teachers that are long gone. Things such as a notation in a textbook, a female teacher’s letter of resignation due to an impending marriage, a science notebook with painstakingly drawn and detailed pictures drawn by a student, and photographs of schools long closed and students long graduated.

As the collection has grown, the committee has systematically processed the increasingly diversified collection of texts, teaching materials, memorabilia and archival items, while continuing to take in new donations. A few years ago it was decided that the size of the collection required that it be properly catalogued and preserved in order to make it more readily available to the community and beyond. To expedite this process of standardized cataloguing and preservation as well as to encourage interconnectedness among community groups, the committee applied for and was given a substantial grant from the Federal Government Program called “New Horizons for Seniors.” This grant was topped up by smaller, but equally important grants from the BCRTA Heritage Committee and the RR Smith Foundation. These funds are continuing to be used for a variety of special archival storage supplies, shelving and most importantly, a management and cataloguing database that will allow the collection to be available online. 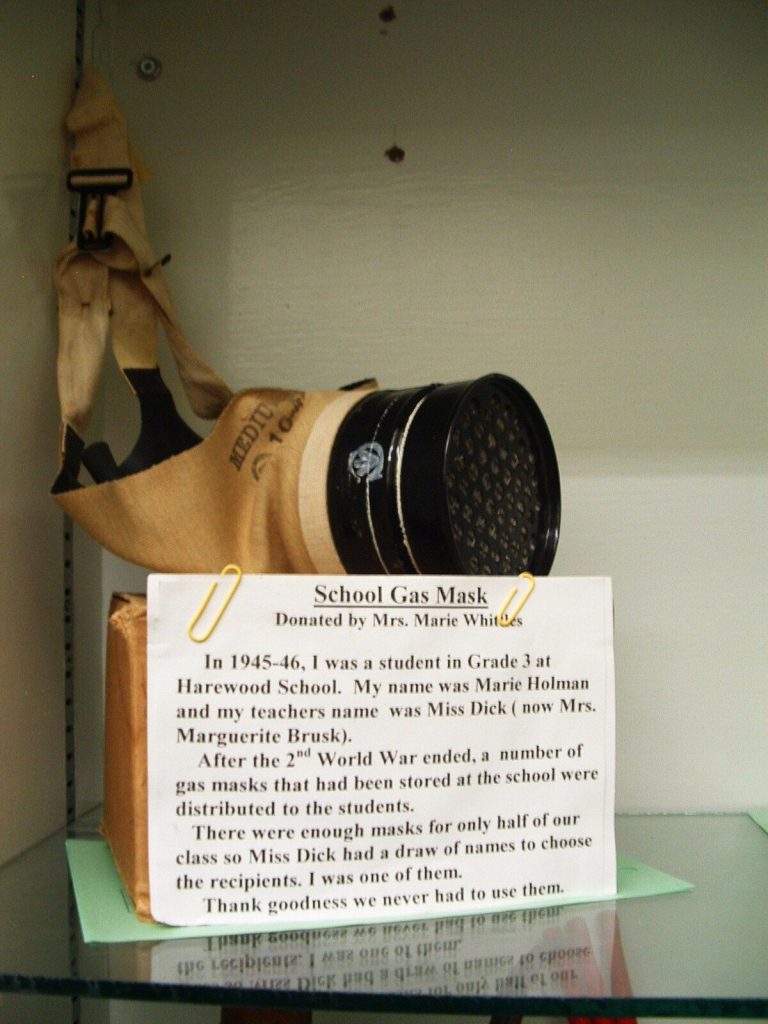 An important facet of the committee’s work is the ongoing liaising with various community groups, including Vancouver Island University, the local museum and archives. As well, the committee has provided public displays of the collection’s materials at teacher conferences and open house events. Plans for the future include having regular hours of operation when the Skipsey Educational Heritage Centre will be open for interested parties to use the facility and its materials as a research base. The Heritage Committee has also created the first of what will be a series of “Heritage Boxes” that will contain a variety of educational materials, memorabilia and appropriate lesson plans that can be made available for local classrooms. With ongoing plans and a view to the future, this particular Heritage Committee hopes to continue to provide their community with a valuable educational service and resource, doing what they set out to do more than twenty-five years ago and “Giving the Future a Past.”

While not all teachers who retire may want to be that involved with their Retired Teachers Association, this story does provide an example of what can be done if one so wishes. Of even more importance in the consideration of whether to join such an association is that these associations are the main conduit when looking for information about the effects of government decisions and financial ups and downs that may affect the pensions and benefits of retired educators. These associations also provide a strong collective voice when dealing with overall government policy regarding retired individuals. So, whether or not you decide to join in with whatever activities your local association provides, joining the association at the provincial or territorial level is a benefit and something you won’t regret.

Note: the Nanaimo-Ladysmith RTA Skipsey Educational Heritage Collection is managed by a group of retired educators. The collection is named for founder Les Skipsey and his wife Mary. Had it not been for his foresight and their joint hard work and dedication, the collection would not be the unique resource that it has become. Also to be commended and thanked for their unfailing work are longtime volunteers of note: Leigh Wharton, Bernice Ward and Vicki Harrison.

Carol Baird-Krul and Enise Olding
Carol and Enise are the creators of a series of pre-retirement and post-retirement planning workshops: Transition to Retirement: The Uncharted Course©, Recently Retired: Charting a New Course© and Ideas … Enhanced and Advanced©, and authors of Transition to Retirement: The Uncharted Course. Previous articles on retirement may be viewed in back issues at www.CanadianTeacherMagazine.com.

This article is from Canadian Teacher Magazine’s Nov/Dec 2011 issue.