Around the World in 80 Pages

When I was in grade five, my teacher had the best computer game for us to play— Where in the World is Carmen San Diego? In the game we traveled the world chasing master criminal Carmen San Diego. From Asia to Europe to North America we followed the clues that led to us arresting the elusive fugitive. We also learned geography at the same time. The game was a reward for having our work done but it helped expose me to the world. 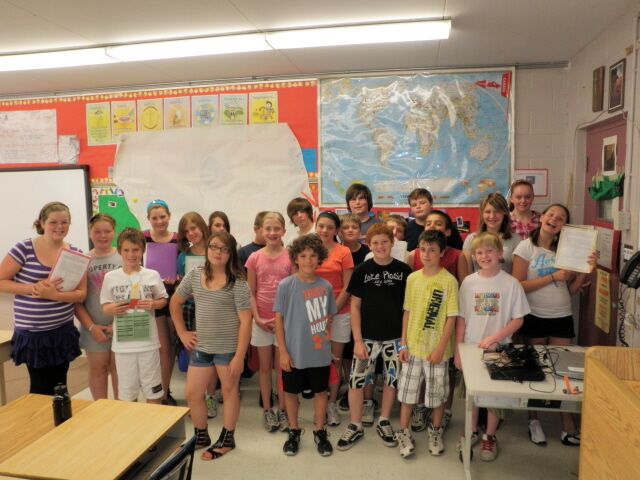 As a teacher, I have tried to lead my students to the world beyond television shows. We have accessed the streets of faraway cities on the Internet, but I wanted a prolonged project that would help my students make a personal connection to the world.

A friend of mine had told me about the world traveler project. The project required each student to create a paper character and send it to someone they knew outside of their city. These contacts—family members or friends— would pass the paper characters on to other friends and family. All participants would keep diaries for the characters and send postcards to the class updating their locations. The idea intrigued me and I was eager to start this project.

During the first week of school in September 2010, I introduced the project to my students. After they unanimously agreed it was an exciting idea, each student started to locate a contact willing to participate. Once that was achieved, the students created paper characters that they decorated and named, then placed inside of eighty-page notebooks. 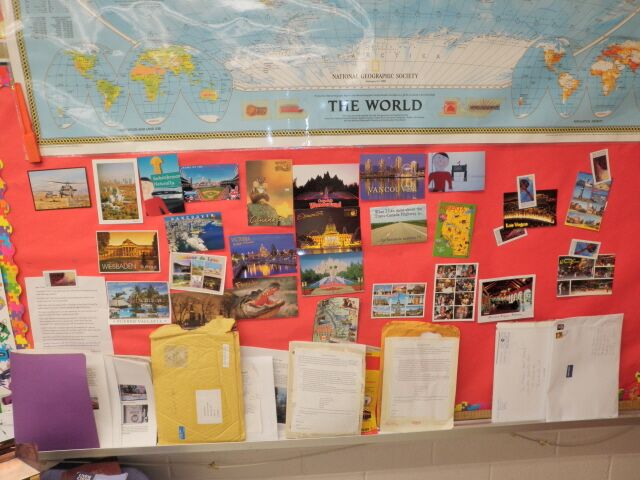 Postcards from around the world.

The students were responsible for writing a one-page introduction letter that named and described the likes and dislikes of their characters. This not only gave me the opportunity to teach letter writing in a creative and fun way, but it gave life to our paper travelers. Along with each journal we included a letter from me describing the goal of the project that encouraged participants to pass on the journals and send postcards to the class so we could keep track of our friends. At the end of September, the journals were packed with their travelers and letters and sent to our contacts.

I have to admit, I wasn’t sure how successful the project would be because it depended on the participation of many people and spanned great distances. But with a giant world map posted at the front of our class and an empty space for postcards, we waited for responses with anticipation.

Our first came from a Cleveland Indians baseball game in October. Cleveland was our first stop in the world, but not the last. By January 2011 our classroom was no longer just one room. Many of our travelers toured through North America with stops in Calgary, Edmonton, Montreal, Vancouver, Victoria, Buffalo, Las Vegas, Chicago, Hawaii, Fort Lauderdale and Miami. 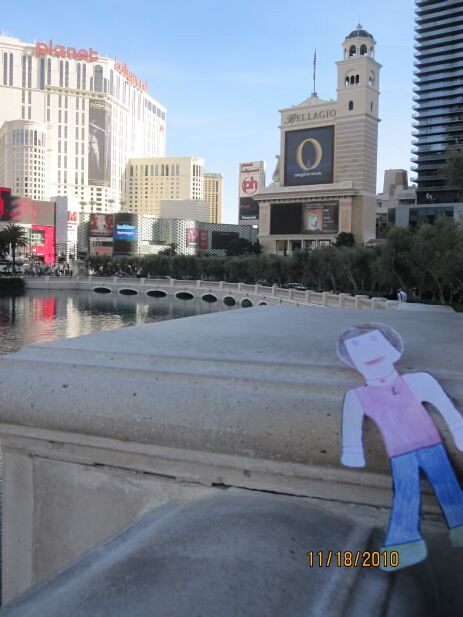 Our paper friends saw the majestic sights of natural and human-made wonders like the Himalayan Mountains, Angkor Wat, the Grand Canyon and the Hoover Dam. To our class, it was not just the paper characters that stood in the shadow of Mount Everest, or walked the streets of Shanghai, or stepped through the desert sands of Afghanistan; my students were there too, thanks to their paper characters.

By June 2011 our travelers started to return with many tales to tell. In the 80-page notebooks we read about adventures that included almost falling into the Grand Canyon and seeing homes rebuilt after the 2006 tsunami in Thailand.

My goal for the project was to help my students make connections to the world through their creations. Our paper characters became our substitutes. We lived the highs and lows of travel through our paper friends. This project gave my students the opportunity to work on their writing, to enjoy receiving a postcard, and to appreciate the fact that not all communication has to be instant. The large map in our class was made a lot smaller and immediate with our travelers’ tales and pictures. We may have spent ten months in our classroom in Brockville, but we were able to see the world. 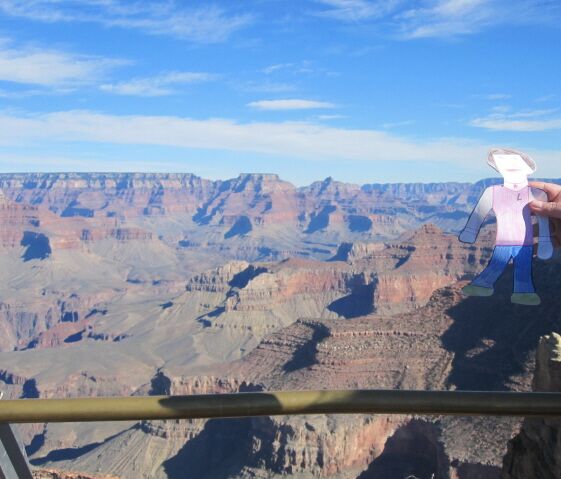 The world traveler project allows every student to participate in learning about the world and brings a little adventure and excitement to the classroom. It would not have been a success without the help of our contacts. To all the teachers, family members, employees of large companies, and those who were just traveling for a vacation, thank you for bring our class on your journey.

Who I Am: A Pay-it-Forward Project Inclusive of...

The Staff AM Walking Group: Begin the School...