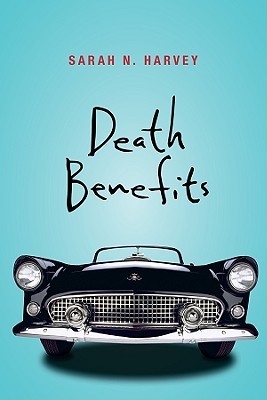 According to Stats Canada, 13% of the population is over the age of 65. That means that one in seven Canadians is age 65 or older. These citizens are the fastest growing segment of the population. At the same time many people have to leave their hometowns for career or job opportunities, putting distance not only between parents and children, but also between children and their grandparents. The experience of relating to, and understanding other generations is lost.

In the novel, Death Benefits, sixteen-year-old Royce and his mother have left Lunenburg, Nova Scotia to live in Victoria, British Columbia. Royce’s ninety-five-year-old grandfather, Arthur, has had a small stroke and needs looking after. Royce’s mother wants to be closer to her father. A once famous cellist, Arthur is a cantankerous old man who gives his caregivers such a hard time that they all quit. It is summer, the busiest season for Royce’s mother, a professional gardener. Royce would like to buy a second-hand car but doesn’t have a job. He is eventually persuaded by his mother to become his grandfather’s caregiver. Their relationship has a very rocky beginning and Royce nearly quits. But as he begins to spend time with his grandfather, the relationship grows to one of mutual respect, affection and understanding, despite its trials and tribulations. As a special event draws nearer to honour Arthur’s distinguished career, Arthur becomes grumpier and complains about everything. He is driving Royce crazy, and when Arthur is cruel to Royce’s mother, Royce loses his temper and says some pretty harsh truths to his grandfather. To Royce’s surprise, Arthur shows a new respect for Royce which continues to develop. Love is there in all the small, day-to-day occurrences that are so often taken for granted. Arthur and Royce share some wonderful moments together. When Arthur’s life takes a turn for the worse, Royce makes decisions he may later regret. One thing Royce will never regret, or forget, is the time he spent with his grandfather.

There is swearing in this novel, which teachers should be aware of before bringing it into the classroom. I think age 14+ would be more suitable than the publisher’s age 12+ suggestion.

This review is from Canadian Teacher Magazine’s May/June 2011 issue.

What Adults Need to Know about Kids and Substance Use

Better Together: Creating Community in an Uncertain World

I is for Inuksuk: An Arctic Celebration