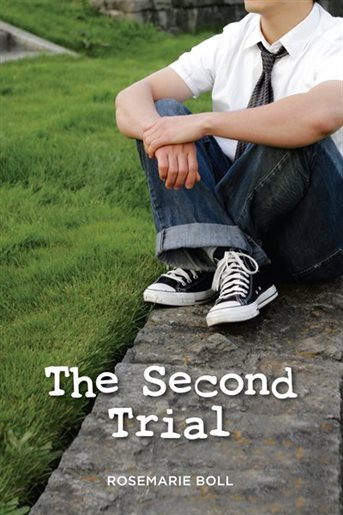 Danny is a thirteen-year-old boy whose father has been arrested for aggravated assault against his mother. At his father’s trial, Danny discovers the horrendous things this man has done to his mother. He learns later what his father did to his sister. Danny can hardly believe this is the man he always thought of as a loving Dad. His father is considered a dangerous man whom the police and prosecuting lawyer believe will kill his mother if he is set free. Due to technicalities and time served, Danny’s father will be free in a week. Things move swiftly to protect Danny’s mother and the whole family. NIVA, New Identities for Victims of Abuse, begins to create a new life for the family. Danny, his mother and his sister must leave behind their old lives, their names, and his mother’s parents. They, in turn, lose their daughter and their grandchildren. It is heartbreaking for all concerned. Now the “second trial” begins, the trial of living a completely new life. Danny does not adjust well to this new life. They have been moved to a rundown housing complex in a new city. Danny’s mother was awarded the family home in the divorce settlement. It is for sale and when it sells she plans to buy a new house in a better of the city where she and her children now live. The day after Danny’s father is released from prison, the house burns down. It comes as a shock to Danny’s mother when she discovers that the house insurance had been cancelled leaving her penniless. They will have to continue to live on social assistance, which Danny finds humiliating. Danny is an angry young man who begins to do negative things which hurt both him and his family. He skips school, he shoplifts, he hangs out with the wrong people, and he takes up drinking and smoking. He even becomes a bully and is arrested, just like his father. Things slowly start to turn around when he meets Nixxie, a girl in his art class. He also befriends Papa Joe, an older gentleman, who lives in his complex. Danny’s mother is a stronger person now and won’t let violence destroy her son or their new life. Danny is surrounded by caring people who want to help him, but he has a hard time letting go of his anger.

This book is very good! One learns, through the eyes of a child, how domestic violence affects all members of a family. One also learns what programs such as NIVA do to help these families. (NIVA is now run by the Canadian federal government and called CSVA, Confidential Service for Victims of Violence.)