“Bio-everywhere”—that was the theme of the fourth National Bioscience Educators’ Conference, held in Winnipeg, Feb. 16 – 18, 2010 in conjunction with the Biotech Alive! Student Biotechnology Conference at the Princess Street Campus of Red River College. 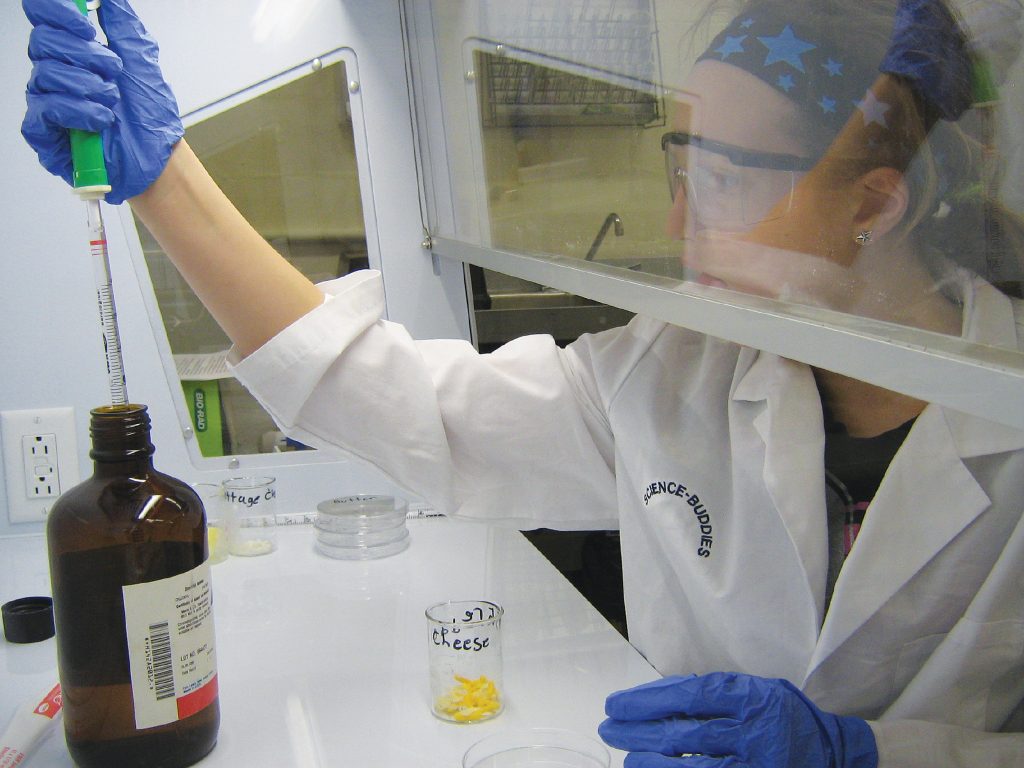 The conference, which attracted over fifty educators and as many high school students, emphasized the need for both groups to become more aware of the large impact bioscience and biotechnology are having on our lives. More importantly, scientists and other observers are predicting in publications like the Financial Post that bioscience and biotechnology will be to this century what the automobile and the computer were to the previous century. Economists have indicated that biotechnology now touches 1/3 of the world’s economic sectors.

“Fields related to bioscience are changing so quickly,” indicated Dr. Alison Symington, conference co-chair and executive director of Bioscience Education Canada. “At the same time, curricula lag way behind what is happening in any number of fields—genomics, biofuels, biomaterials, bioremediation and at least fifteen other fields that collectively comprise what is now being called the ‘bio-economy.’”

The conference was originally conceived of as a way to draw educators’ attention to the importance of these fields to Canada, which must compete with other countries especially in Asia where biologically-related sciences are getting more emphasis. To expedite the introduction of more life science into the classroom, presenters at the conference were asked to share materials, ideas and strategies that could be used in participants’ classrooms “Monday morning.”

Both the students and the teachers started off the conference with the hands-on experiential learning of the “BioOlympics.” These nine activities included DNA separation, creating composites, laser surgery, endoscopy, manufacturing pharmaceuticals, solving DNA problems and a quiz on infectious medicine.

The opening keynote set the stage for showing why advances in bioscience and biotechnology are vital to the future of the globe and all that live on it. Speaker Al Sturko, a consultant in the National Research Council’s Industrial Research Assistance Program in Winnipeg, outlined some of the twenty critical areas that threaten our existence if they are not solved in the next twenty years. Among those explored were poverty and hunger, climate change, depletion of energy sources, loss of biodiversity and pollution. The solutions for these issues may originate within bioscience and biotechnology.

“Agricultural biotechnology was front and centre through most of the conference, starting with Sturko’s keynote,” indicated Symington. “It came through in the tours to places like the Richardson Centre for Functional Foods and Nutraceuticals where educators and students learned more about “food as medicine.” Other speakers such as Dr. Mary Alton Mackey, an international food and dietary consultant with extensive Third World experience, described how improvements in agricultural production and quality are the only way to solve the world’s hunger and nutritional problems.” 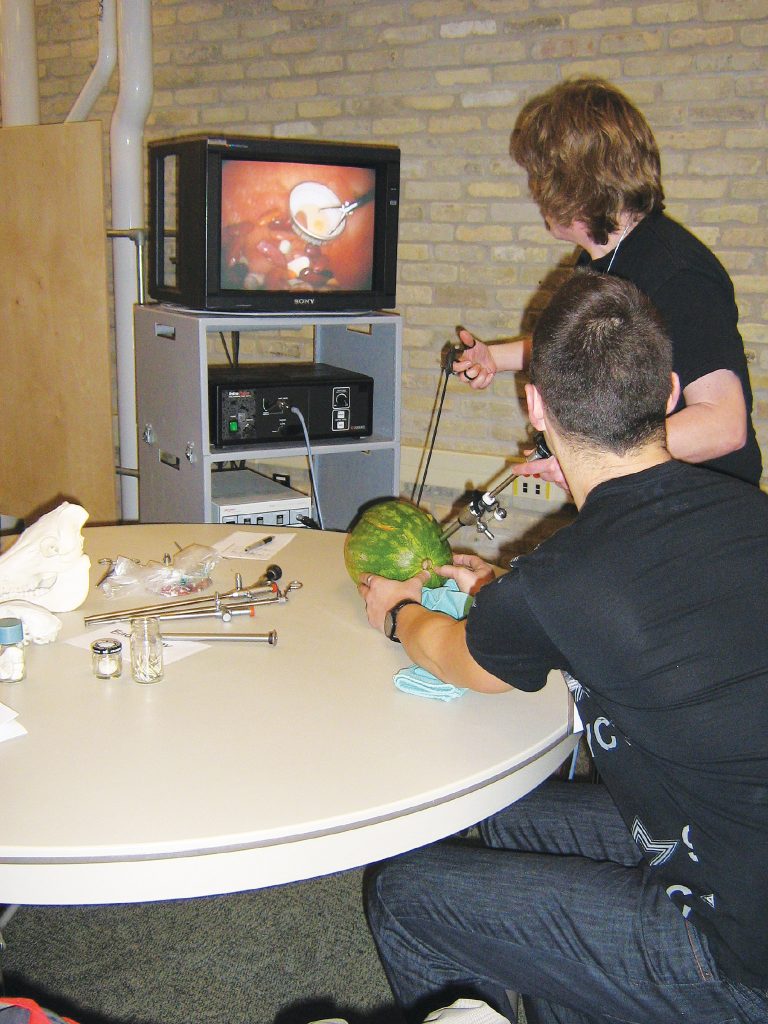 Participants had an opportunity to try ten hands-on activities such as this educator using an endoscope.

In total, eight tours, four keynotes and sixteen breakout sessions, all provided practical things that teachers can do in their classrooms. Dr. Reynold Redekopp’s keynote on the Wednesday, for instance, explored the use of video games such as Genomics Digital Laboratory to teach complex aspects of life science. This reflected another theme of the conference—the use of computer technology in science teaching. This keynote was complemented with sessions in a computer lab where teachers could experiment with several games that fit general biology curricular topics.

Another technology-related session looked at the use of mobile digital technologies such as cell phones, smartphones, portable game platforms and personal digital entertainment devices such as Apple’s iTouch or Microsoft’s Zune. “In Manitoba, we are encouraging science and technology teachers to work together more,” said Bob Brown, scientific advisor to the Sanofi-Aventis BioTalent Challenge and one of the conference organizers. “Today, most cutting edge research involves cutting edge technology so students heading for careers in science need be comfortable with technology.”

Recent surveys showed that most Canadians are positive about biotechnology and what it can do. At the same time, most Canadians admitted they knew little about biotech itself or the importance of bioscience and biotechnology to the national economy. This situation is not good within our general population. It is more worrisome if this pervades our educators who are shaping tomorrow’s leaders who must face so many critical survival issues straight on. The educators who attended this information-rich conference are now the vanguard for making more young people aware of the possibilities, and pitfalls, related to biotechnology and bioscience.

Bioscience – an extension of biology to include physics, chemistry and biotechnology

Endoscopy – looking inside the body for medical reasons

Norman Lee
Norman Lee is the coordinator of MindSet, the Manitoba Network for Science and Technology, one of the three hosting organizations for the national event.

Scientist of the Day: A New Approach to Science Experiments in the Elementary School Classroom

Can the Bicycle Save the World?