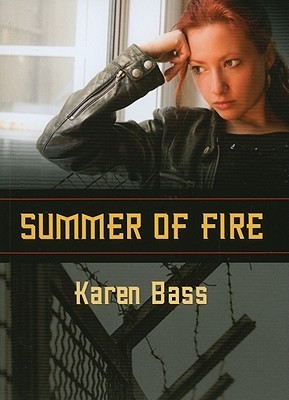 The format of this novel is a parallel story of two girls, both living in Hamburg, but in different times.

Del, is a 16-year-old from Edmonton. Her parents have sent her to Hamburg, Germany for the summer with the hope that Cassandra and Mathias, Del’s sister and brother-in-law, can straighten out Del’s somewhat rebellious behaviour. Unfortunately, Del sees the visit as a prison sentence and the sisters clash almost immediately. Cassandra and Mathias rent the top floor apartment of Luise Konrad’s house. Luise has just translated her grandmother’s diary into English and asks Del to read it, “ to make sure the English is correct.” Garda’s story puts Del into an emotional turmoil. Her life becomes even more complicated when she becomes involved with Luise’s nephew, Felix. Conflicts with Cassandra and Felix result in Del running away where she experiences a few potentially dangerous situations and risks losing everything important.

Garda, the teenage girl in the diary, lives in Heidelberg during the Second World War. Her mother is a very enthusiastic member of the Nazi Women’s Auxiliary. Garda becomes pregnant after she is raped by a member of the Hitler Youth. Her mother blames Garda and sends her to Hamburg to have the baby and then give it up. But Garda decides to keep her baby. As the British bomb Hamburg, Garda does everything she can to protect her baby.

This novel is not only about the problems and issues that can affect many teenagers, no matter the era in which they live; Karen Bass also shows us the war, and events in Germany, through the perspective of a young German girl. There are many incidents throughout the story that could spark interesting class discussions. I found this novel a compelling read.

This review is from Canadian Teacher Magazine’s March 2010 issue.

The Lookout Tree: A Family’s Escape from the...

We Travel So Far…