I have spent close to 40 years in the education system as a teacher, principal and at the Ministry of Education in New Brunswick. And during those years I have had the opportunity to work with hundreds of educators who spend their days committed to helping prepare students for the future. Many agree that this can be very challenging. The world is changing at breakneck speed and today’s generation has grown up with technology that is sometimes foreign to us educators. So what can we teachers do to both engage students and create a learning environment that incorporates technology? 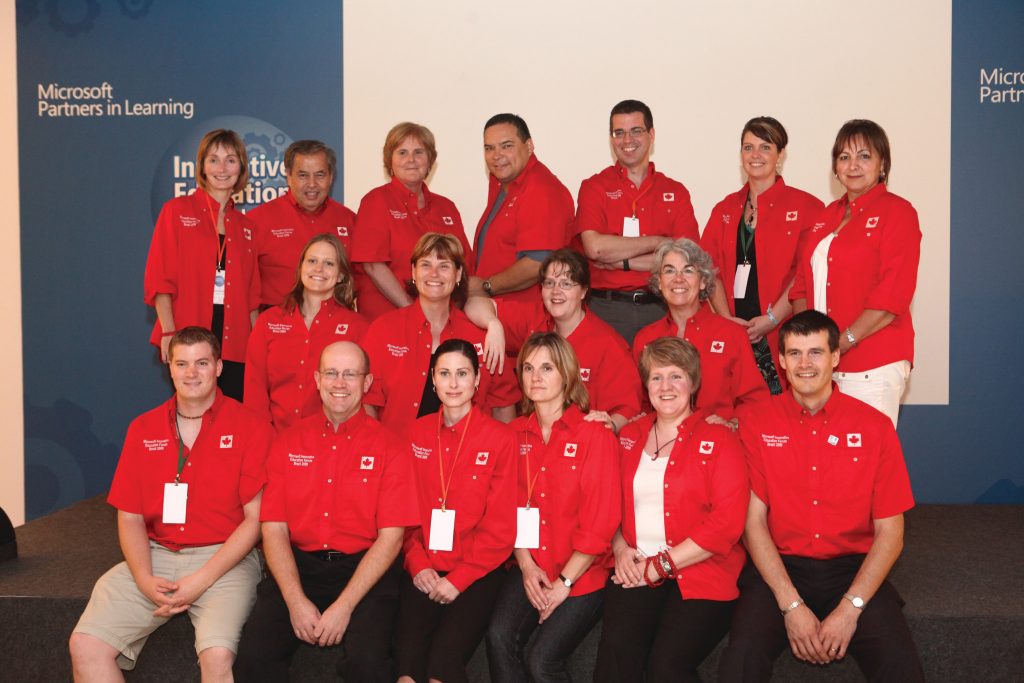 I have just returned from a week with a group of Canadian teachers in Salvador, Brazil where they participated in the Worldwide Innovative Education Forum and had the opportunity to share their experiences and celebrate their successes with other educators. Teachers from the most remote and disconnected of villages to the highest of high-tech cities gathered to share and showcase how they are using technology to more deeply engage their students, improve individual student outcomes, and create a generation equipped with skills for the 21st century workforce.

The Innovative Education Forum is part of Microsoft’s Partners in Learning Program. Each year, thousands of teachers participate in regional and country-level competitions. To be considered for the competition, teachers are challenged to use technology to develop innovative projects that improve students’ skills such as critical thinking and problem solving, collaboration, communication, contextual learning, creativity and information and media literacy. After each competition, winners move to the next level, culminating in a global summit. This year 12 Canadian teachers were chosen to participate among 250 teachers worldwide.

Our Canadian delegation consisted of outstanding teachers from Alberta, Saskatchewan, Manitoba, Ontario and New Brunswick who use technology within their curricula to create exciting class projects and personalized learning scenarios. During the forum, the teachers showcased their individual projects and connected with similar minded peers.

There are many basic technologies that are already available through school boards or grant programs and require minimal technical expertise. With a little practice, some compelling lesson plans and best practice ideas, I am confident that all Canadian teachers can be creative in the use of technology in the classroom. Here is how some Canadian teachers integrated technology in the classroom to motivate and engage their students.

These Ottawa-based teachers designed a project using portable digital music players to support ongoing recorder instruction taking place in their music classes. The two classrooms connect through the Internet to collaborate on a series of musical projects. Students document their progress through class blogs, and their compositions are showcased on a student-produced Portable Radio podcast. These podcasts and compositions can also be downloaded to the portable digital music players.

Twelve of Geneviève’s 28 grade eight students have dyslexia. Geneviève believed that these children had been judged as slow or disengaged, despite average or above average IQ scores. Recognizing that a lack of organization was a common trait amongst these students, Geneviève persuaded her school’s IT administrator to create a special student section on their historically teacher-only internal website so that she could set up shared access to a special software program that organizes class notes. OneNote is attached to the students’ email accounts and helps them keep track of multiple sets of class notes. This permits these children to function at the same speed and at the same level as other students in the classroom. The tandem of OneNote and the internal website allowed the students to collaborate on projects they were developing in OneNote and allowed Geneviève to weigh in real time on their projects rather than waiting until the end for her critiques. Instead of being hampered by their dyslexia, the students are empowered with collaboration and organizational skills.

Carrie developed a project to help her students experience the joy of writing through journaling and then extending it with the use of animation design software. This particular design animation software, called MARVIN, allows students to create digital animations of themselves and share this digital identity (also referred to as an “avatar”) with students in other countries. Carrie calls this virtual pen pal program “Collavataring”—rather than send a traditional letter, students send an avatar to other students. Her children are reading and writing more, building friendships and learning about different cultures as they communicate and collaborate with other students. She proudly considers her students to be “digital citizens.”

One of the teachers told me that what she found the most invigorating about the forum was the opportunity to share ideas with like-mind professionals and to discuss her vision of the future of education. I know that teachers often spend their entire days in the classroom. You may share thoughts with educators at other schools through email or during professional development sessions but rarely get to spend an intense amount of time together to both inspire and support each other.

As several of the teachers at this year’s Innovative Teacher’s Forum have demonstrated, it is possible to build a community of teachers dedicated to using technology to advance teaching and learning, ultimately ensuring Canadian students are empowered with the 21st century skills they need to succeed.

Take a Stand Against Bullying for a Safe...

Retirement – Are You Ready ?