Of Hockey and Hijab 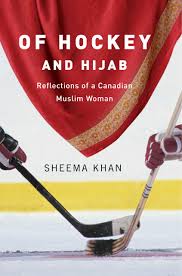 Of Hockey and Hijab
Reflections of a Canadian Muslim Woman

The essays in this collection were written as a monthly column for The Globe and Mail from 2002 to 2009. They provide insight into the Muslim faith, and comment on recent events that have brought fear to Muslims and non-Muslims alike, with an emphasis on their effect in Canada. Sheema Khan works to promote understanding among people of different faiths and nationalities. She calls for peace and understanding, and abhors violence in the name of faith and retribution. Teachers interested in increasing their own understanding of Islam will find these essays enlightening, and a ray of sanity and hope shining through wide-spread mistrust and harmful misunderstanding.

Make It! Write It! Read It!