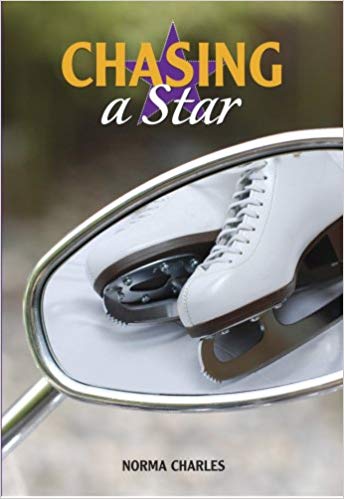 There is no lack of excitement in this well paced story. Sophie LaGrange’s hero is Barbara Ann Scott, former Olympic figure skater turned professional. When she hears that Scott is scheduled to perform in her home town, Sophie starts to plan to meet her, even though her parents are unable to afford tickets to the show. When she finds a diamond bracelet with the skater’s initials—and a broken clasp—it seems that Sophie will have the opportunity of returning it to its owner and her dream of meeting Scott will come true. Complications arise, however, and Sophie finds herself threatened by a motorcycle gang (who are trying to recruit her brother), and ultimately saves her hero from a kidnap attempt. Characters and place are well developed and believable, with plenty of detail to provide a sense of suburban life in the early 1950s. Sophie’s parents, brothers, and vivacious aunts add depth to the plot. Sophie’s anxieties as a newcomer to British Columbia from Quebec will strike a chord with many young readers who have experienced such a transition. An appendix with a biography and photographs of Barbara Ann Scott will be of interest to young figure skaters.

On A Canadian Day

The Curse of Akkad

Lunch with Lenin and Other Stories