Have you ever had the urge to just get away? If you’re tired of the sameness of resorts but not quite prepared for the uncertainties of adventure travel, it may be that the Cook Islands is the perfect place for you. This exotic mix of tropical seclusion and friendly Polynesian culture set amid lush undergrowth, sandy beaches and sparkling lagoons provides a great escape from the ordinary—without having to give up all the conveniences. 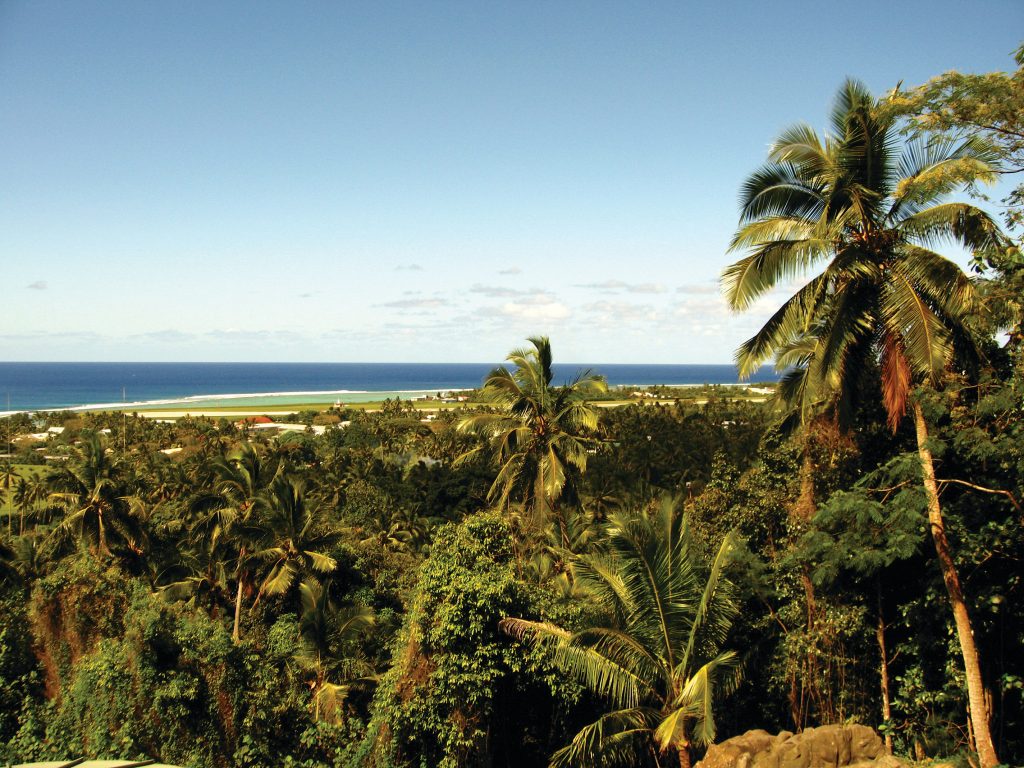 The vast Cook Island archipelago comprises fifteen islands cast across almost two million square kilometres of the South Pacific Ocean. They lie south of the Hawaiian Islands and spread from just below the equator almost fifteen hundred kilometres south to the largest and most populous island of Rarotonga. In the south the people are thought to be a mix of Tahitian and Maori, while in the north there is reported to be a distinct Samoan influence. Their differences are reflected in their appearance and language, with several dialects among the island groupings, but almost everyone speaks English due to the long association with first Britain and then New Zealand. 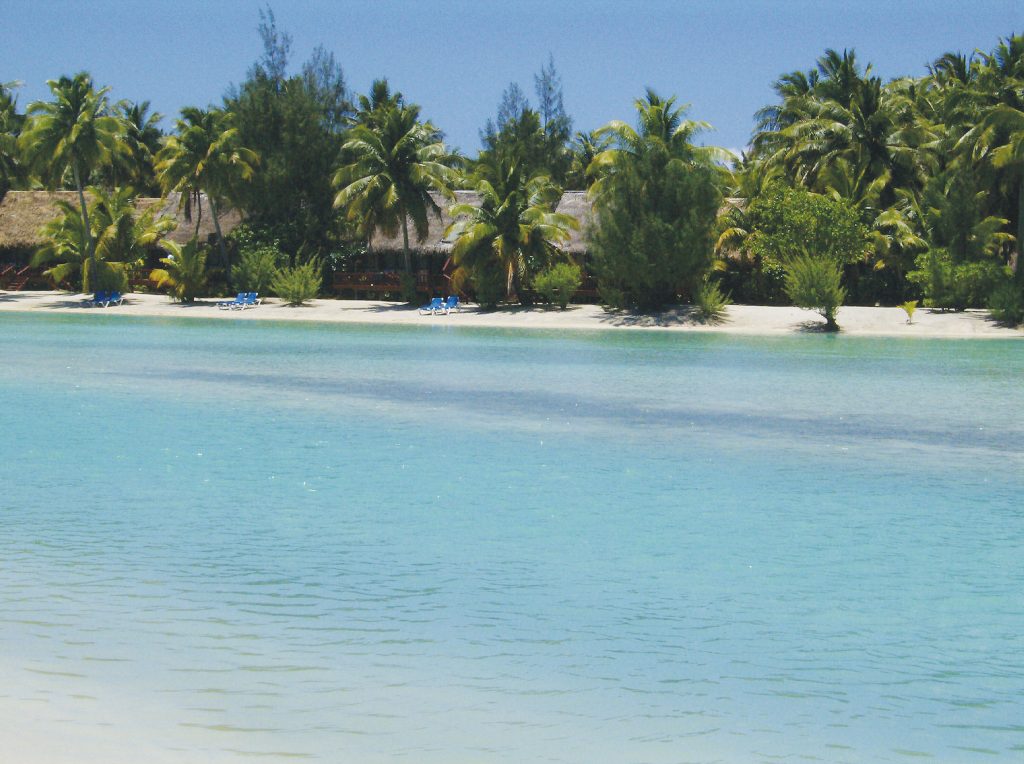 The islands, discovered by Europeans in the sixteenth century, were named after Captain Cook, who visited a number of them in the late 1700s. Other notable visitors were Captain Bligh on the Bounty and later the Bounty mutineers. The islands remained a British protectorate for a number of years before becoming part of New Zealand in 1901. While the Cook Islands have had their own constitution since1964, they continue an association with New Zealand and use the New Zealand dollar as their currency, which usually provides a favourable rate of exchange for visiting Canadians. 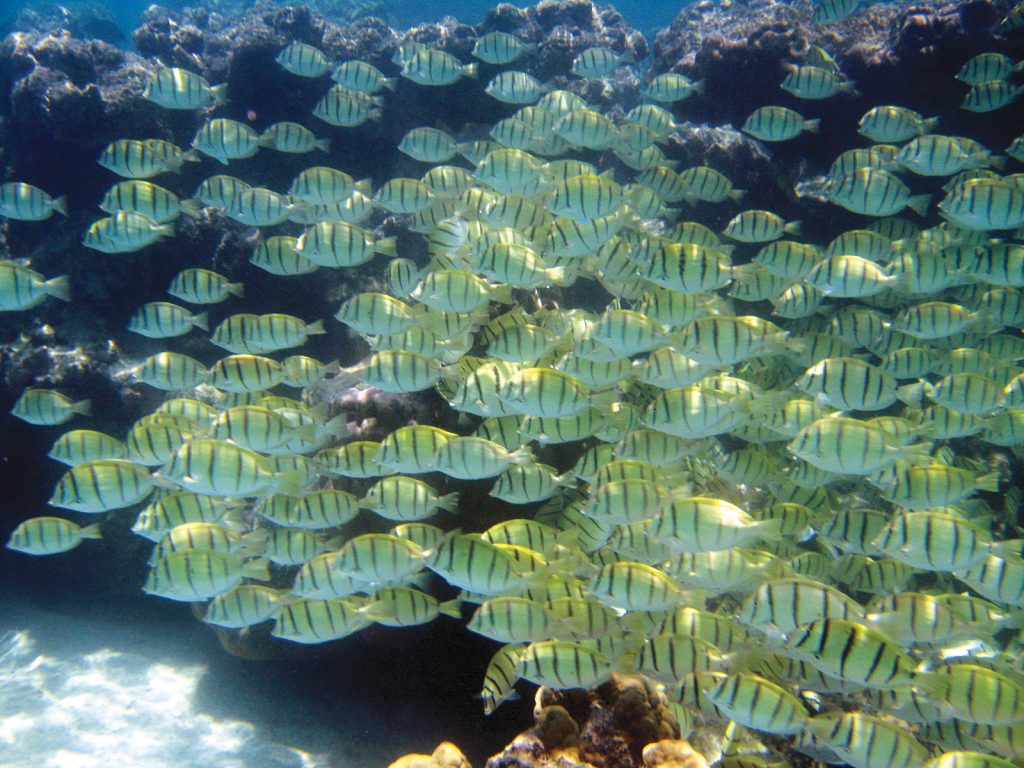 The primary destination for visitors is the island of Rarotonga. With the international airport, a varied landscape and lots of interesting things to see and do, many people will be happy to remain here. There is also a wide range of accommodation available, from backpacker hostels to self-catering motels and guest houses to modern hotels, making the island an easy one-stop destination. The island is roughly round in shape and volcanic in origin, the remnants of which form dramatic peaks, ridges and escarpments. The habitable parts of the island don’t penetrate far inland from the coast, but for the fit and energetic, there are guides available to lead you along the track that runs across the island. It traverses some of the highest points of land and runs through the lush tropical forest with spectacular views. A more relaxed view of the interior is available on the approximately thirty kilometre ride around the island by local bus or rented car, scooter or bicycle. For those who plan to travel in maximum relaxation mode, guided tours around the island are also available. Regardless of how you travel, following this route will take visitors past all of the major sights. 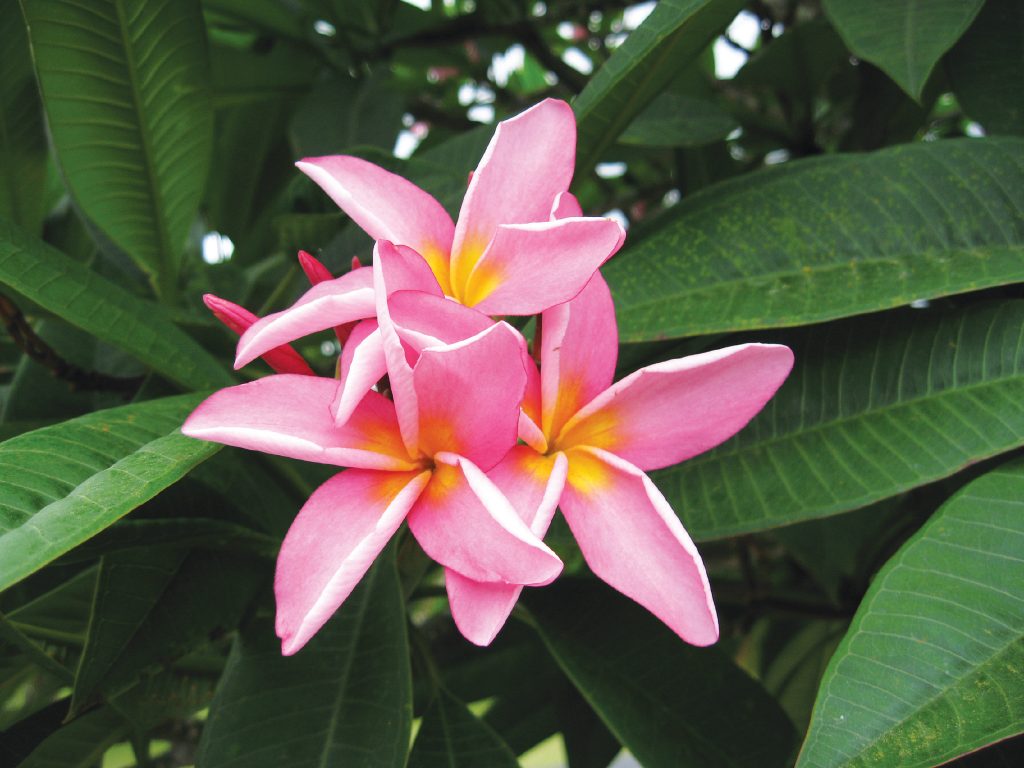 Some of my favourite places on the island include Muri Beach, probably the best beach for swimming, windsurfing or relaxing. For snorkeling, though, you can’t beat the lagoon off the village of Titikaveka with its protected shallow water and the variety of fish and coral. The easiest access is directly across the road from the Saltwater Café, a great place for coffee and light meals operated by an Aussie friend Carey and his Cook Island wife Ake. You can also rent snorkeling gear next door to the café or from one of the several dive shops on the island. I was also impressed by the experience at the Cultural Village where you will learn about the history, customs and culture of the Cook Islanders. And after a hectic day of island life, my favourite place for a cold beer is Trader Jack’s, close on the waterfront in Avarua—a bit too close sometimes as I understand it was inundated by high waves washing ashore in a storm not long ago. 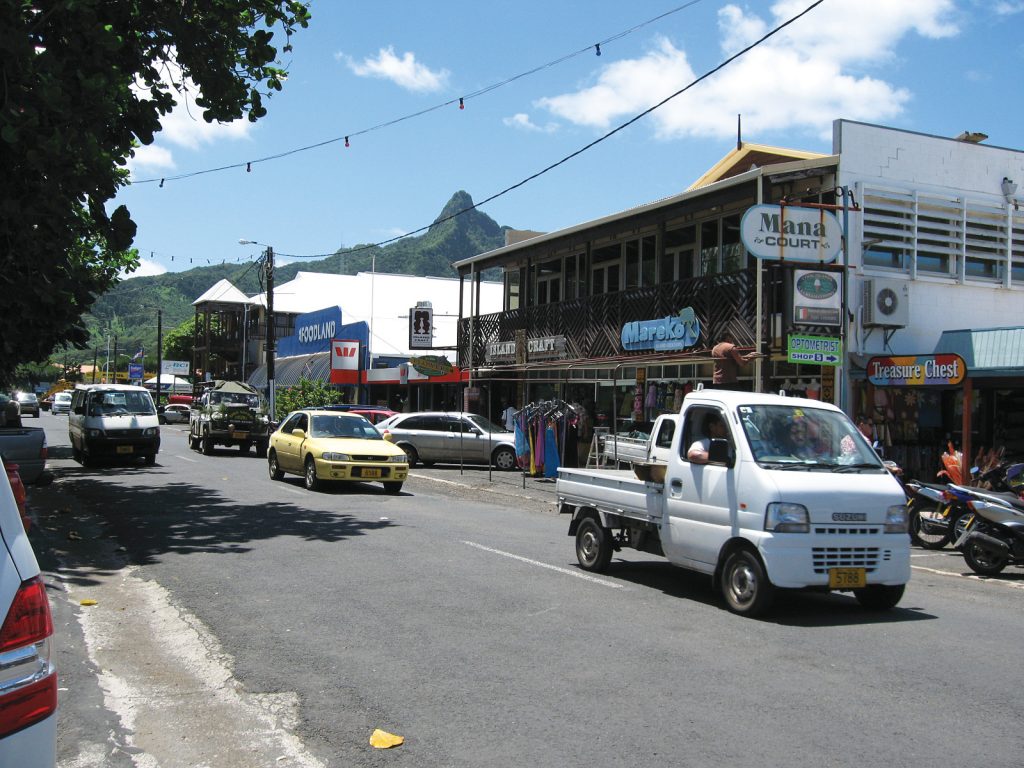 One of the famous features of the Cook Islands, and their leading export, is black pearls. They are farmed in the warm, clear lagoons of the northern islands and are available at several stores on Rarotonga where you can buy them loose or set into jewelry. Another is the dancing and singing of the Cook Islanders. Don’t miss the opportunity to go to an island night at one of the hotels or clubs to see a performance. The drumming and dancing are spectacular, but for me the hura, the Cook Island form of the better-known Hawaiian hula, is the most remarkable. Having seen Polynesian dance across the Pacific from Tahiti to Tonga, I have to say that the hura is far and away the most sensuous and intoxicating form of them all. 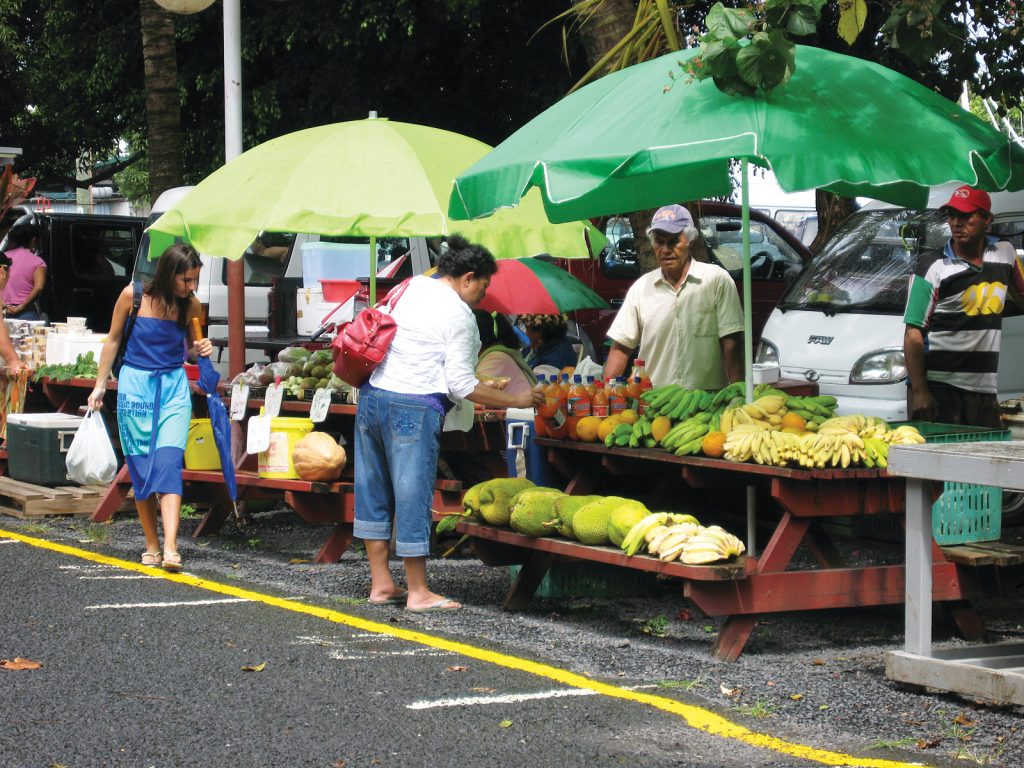 The magnificent chorale singing is also a remarkable thing to experience. As with the dancing, I have been amazed by the natural harmony of the people in many Pacific countries, but again the Cook Island singing stands out for me as the most beautiful and rich that I have heard. If visitors plan to go to the Cook Islands during our Canadian summer, I am told that the Constitution Festival in late July and early August is the event of the year for both singing and dancing competitions with participants from all the islands. For me the most moving experience was at the Sunday church services. Even though I didn’t understand the language, the beautiful voices and the joy of their expression created an exquisite mood that I will never forget.

While Rarotonga is a good place to gear down from the harried life at home, the next step is to move on to the island of Aitutaki. It is renowned for its beautiful enclosed lagoon, good snorkeling and views of the small motus, or islets, that dot the eastern rim. The best way to see it is by boat and there are people on the island who run guided tours. 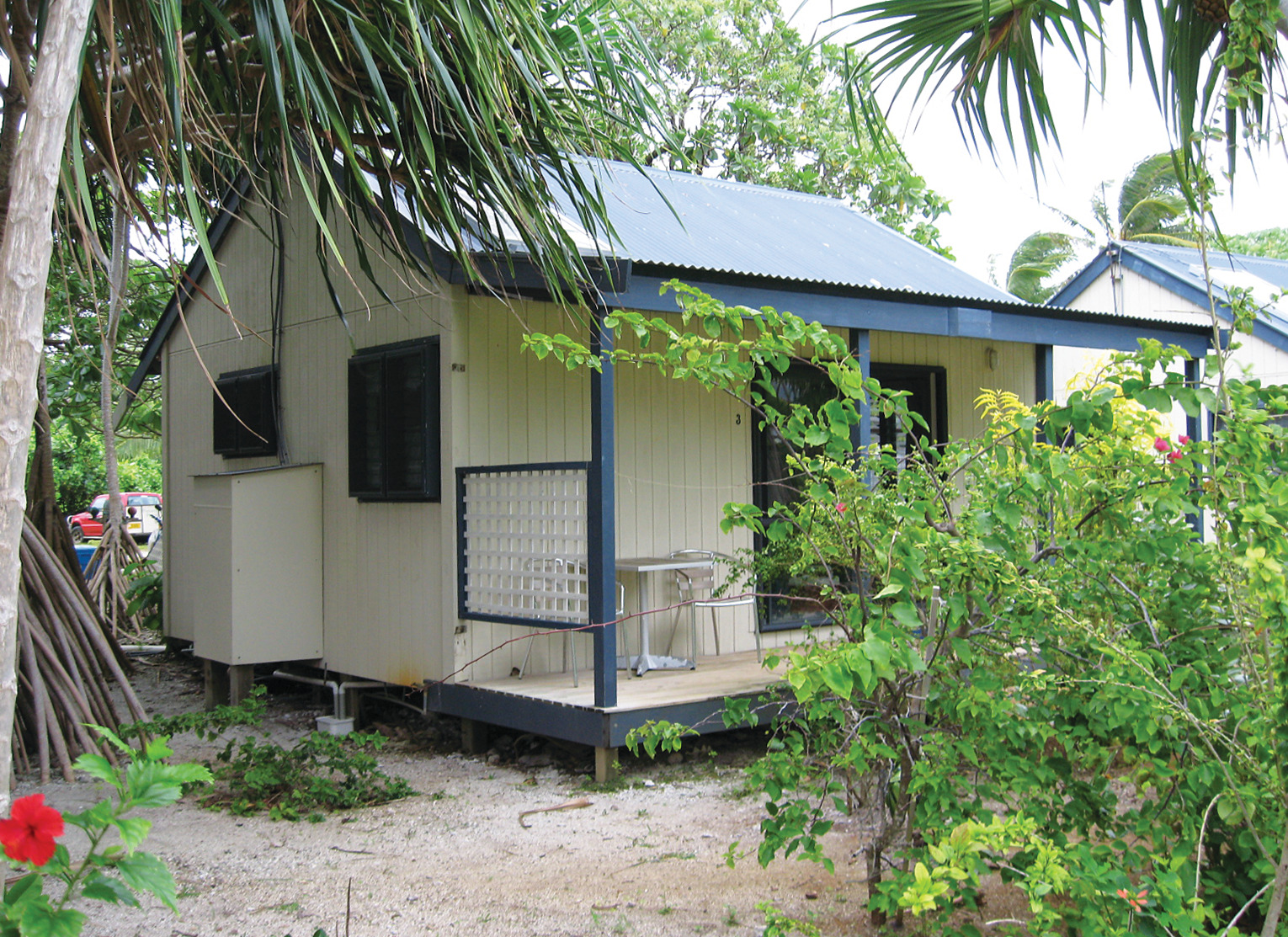 Think of Aitutaki as a smaller version of Rarotonga. It still has a variety of accommodation, stores and conveniences, but all to a lesser extent than Rarotonga, so that it is easier to convince yourself that you’ve gotten away from it all. There are trails through the hills of the interior and the highest point is less than a third of the elevation reached on the walk across Rarotonga. Like Rarotonga, though, there is a nine-hole golf course for those who enjoy the sport.

For a less commercial experience, you will need to go to the other islands in the southern group or, for the more adventurous with the time and the money for the long flights or lengthy voyages, to the northern group. This includes the bird sanctuary of Suwarrow that the wife of Robert Louis Stevenson, the writer and poet who made his home and found his final resting place on Western Samoa, called “the most romantic island in the world,” or the black pearl island of Manihiki, a five hour flight by small plane from Rarotonga. Most of these less frequented islands have accommodation, but it is best to make arrangements in advance. None of them have the facilities found on Rarotonga or Aitutaki. Making this trip, though, will give the visitor a taste of the real island life, where days are counted in sunsets, communities share and love and laugh, wishes are answered by the arrival of the inter-island freighter and “getting away” means nothing at all.

Alan Boreham
Alan Boreham is a seasoned sailor and world traveller. He has recently co-authored two books—a series of South Pacific sailing memoirs entitled Beer In The Bilges and a novel entitled Two If By Sea—both soon to be published. Blog: alanboreham.wordpress.com Web: 2ifbyseabook.com

This article is from Canadian Teacher Magazine’s January 2009 issue.

Memorable Moments: So What Are We Gonna Do This Year?

The Death of the Pen